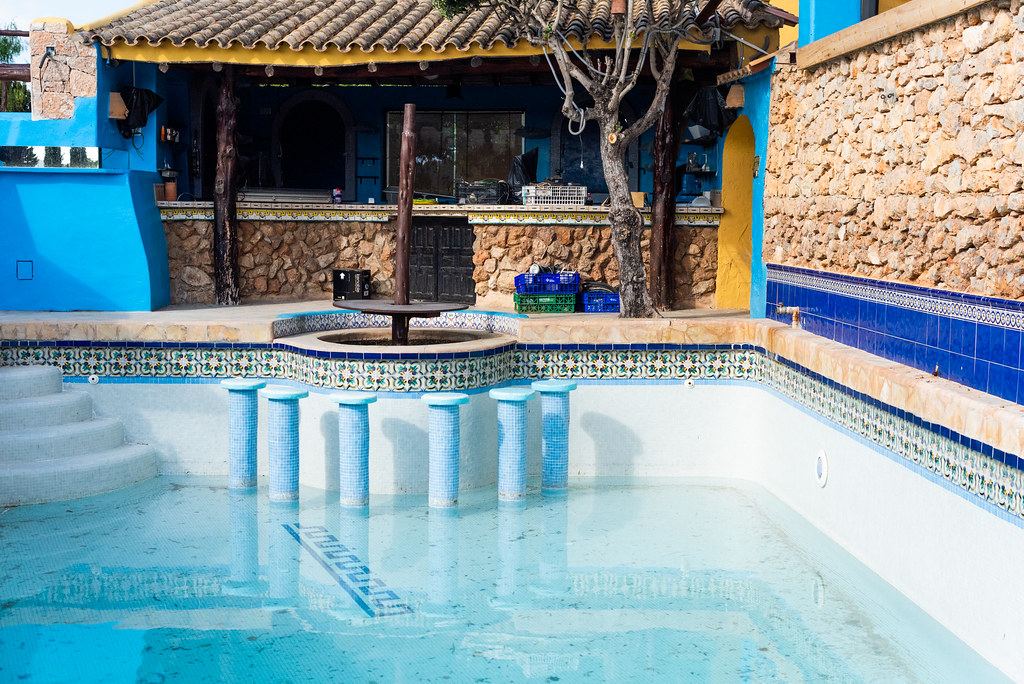 It’s a-l-l-l-m-o-s-t all systems go here at Pikes. With the opening looming in just a few weeks, the hotel is a hive of activity right now. While we know most of our readers are aware that we close for the winter months, what you probably don’t know is that we also completely bunker down for the off-season, packing away all of our décor, furniture and curios to protect them from the (fairly mild) Ibiza elements, and if we’re really honest, also to keep them safe from anyone who may feel the urge to come in and ‘borrow’ some of our favourite things while we’re not using them.

So first things first. We need to unpack! While the hotel is in hibernation mode, you can’t move in Freddies without bumping into a sheep, tripping over a disco ball or rubbing up against some taxidermy – our little club is full to its Sabina beam rafters with the bits and bobs that make Pikes so special. So for the next couple of weeks, it’s all hands on deck as we rifle through the dark, cavernous room, dusting off concrete dogs and circus signs, depending on what part of the hotel we’re working. The good thing about this process is that nothing remains the same as it ever was. Where you saw a stuffed seagull last year might be home to a plastic horse in 2019. The wall where a crucifix made of shells once hung could be adorned with roe deer antlers. You’ll just have to wait and see… 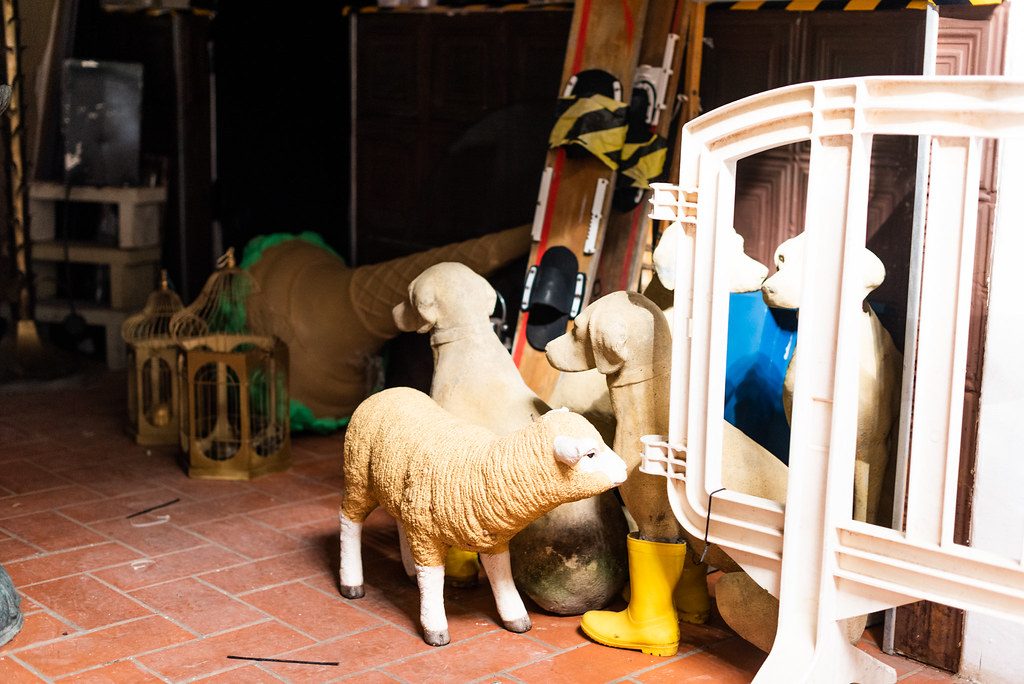 While we’re busy sorting out our decrepit foxes and big red crocs, creative director Dawn Hindle is busy traversing the globe looking for some new additions to introduce to Pikes this summer. From Los Angeles and Paris to all the best markets in the UK, she’s got her creative magpie eyes on high alert, looking for those unique finds that make no sense to anyone else and then look perfectly at home here at Pikes. She’s also been busy overseeing the refurb of a couple of our rooms – Room 8, which is the smallest of rooms and Room 26, which in previous years was the dwelling of our dearly departed founder Tony Pike (before he moved into an assisted living facility due to his poor health).

While we don’t want to give away too much information, we can tell you that Room 10 is going to be given a touch of French opulence, including a large mirror, some pink velvet chairs and a matching bedhead, but in a way that is unmistakeably Pikes. We’ve left the bathroom exactly as it was because it was so gorgeous – many of the original bathrooms (which Tony built with his bare hands) still remain here because they have so much charm. The painters and constructors are onsite every day, drilling, sanding, painting, rendering and doing all the things that workmen generally do! And the outlook is good – both rooms will be ready for the big unveiling on our opening day. 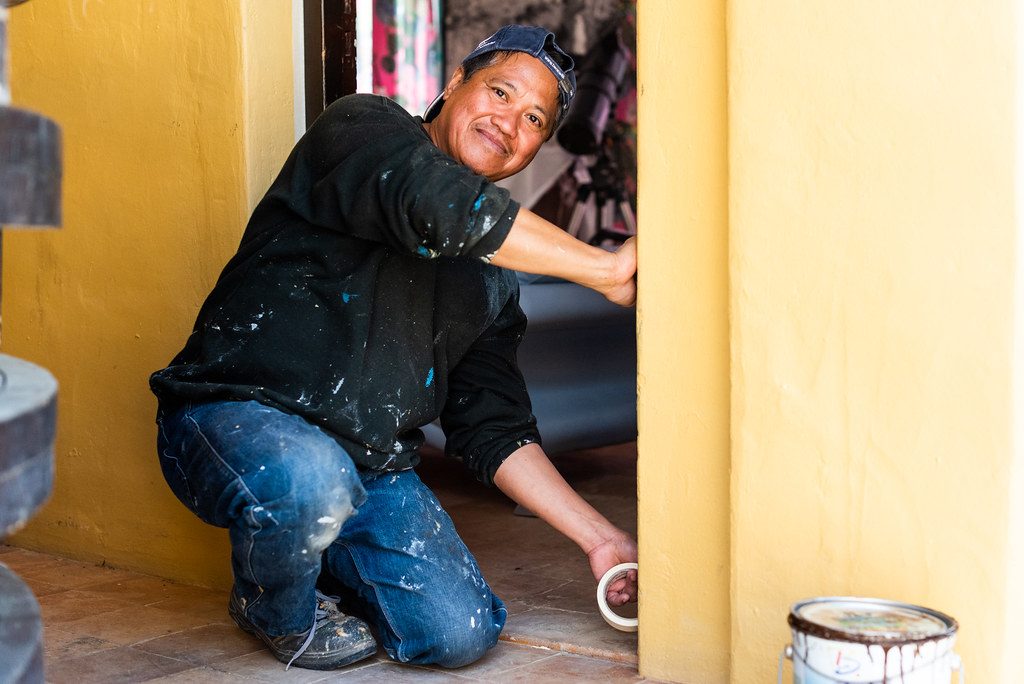 Speaking of workmen, we can’t let this blog post go live without giving a mention to Emil Geronimo – the man who many of you know as our trusty poolside bartender. Emil has been working at Pikes since 1996, standing by the hotel through its ups, its downs, and its subsequent return to form and although the hotel closes for the winter and many of our team members go travelling in search of warmer climes, Emil remains on staff. For as long as he can remember, he’s been tasked with the annual repainting of the finca – moving around each and every wall until its been restored to its signature shade of yellow (you’d be surprised how much it fades in 12 months). He’s also responsible for keeping the gardens maintained, the trees trimmed, the pool clean and so much more. And he does it all with the exact same smile he flashes to our clients at the bar in summer.

Meanwhile, behind the scenes – quite literally, tucked away in the main office still wearing winter clothes – are some of our other key team members. Food and beverage manager Steve Hughes is hard at work interviewing potential new team members, organising new uniforms, overseeing the development of new menu items a new cocktail bar on the sunset terrace and much more. Our head receptionist Diego is already fielding a multitude of reservation enquiries, while our reception mascot Sneezy simply sits on his desk and supervises. In case you’re wondering about the cats – they’re all still here and doing well, having had check-ups over the winter. We’re hoping Pikey and Blossom are coping with the loss of their beloved master. A few new additions have turned up (we know for a fact they were dumped on our doorstep intentionally – shame on you, he-who-shall-not-be-named-yet!), which we are looking to re-home in order to maintain the balance within our existing clowder. 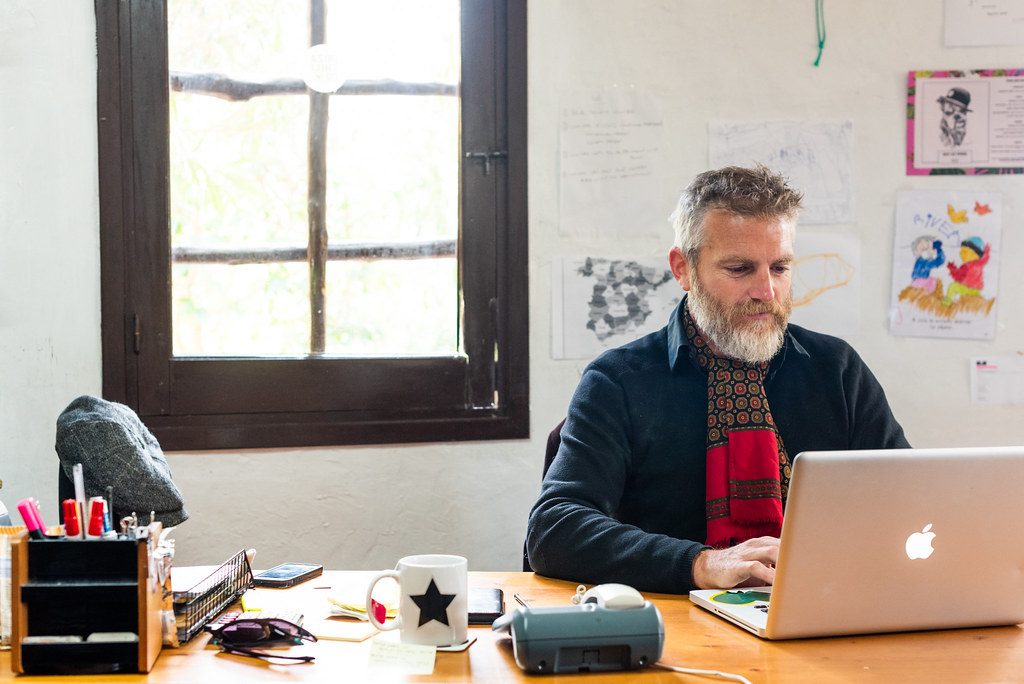 Another office which is a hive of activity is the dark little den (it has black walls – we’re not exaggerating) where all the events magic happens. Here, events manager Sarah Broadbent is in the thick of negotiations with all manner of DJs, artists and promoters about residencies, one-off events, surprise performances and more. With each new day comes a new announcement – mum’s the word while we’re waiting for Sarah to sign across the dotted line on many of the contracts, however she was happy to let it slip that there’s something new and exciting on the horizon for Artwork and that DJ Harvey remains our cultural attaché. Some fresh new names to be signed up for residencies are PBR Streetgang and Crazy P – details are yet to be announced, but needless to say we think they’ll feel right at home in Freddies!

As has become customary at this time of year, we’re also putting the finishing touches on the next issue of the Pikes magazine. Now in its third year, editor Josh Jones and photographer Dan Wilton flew out to Ibiza a couple of weeks ago to finalise the content – a process that is never without its challenges. With just two days on the island to capture all the new photos they need (also no mean feat when the hotel is closed), the photo shoot days were marred with some seriously heavy rainclouds, but thankfully the heavens parted with sunbeams rather than lightning rods when the time came for Dawn’s portrait – an image that seems to get more and more Game of Thrones-esque with each season. 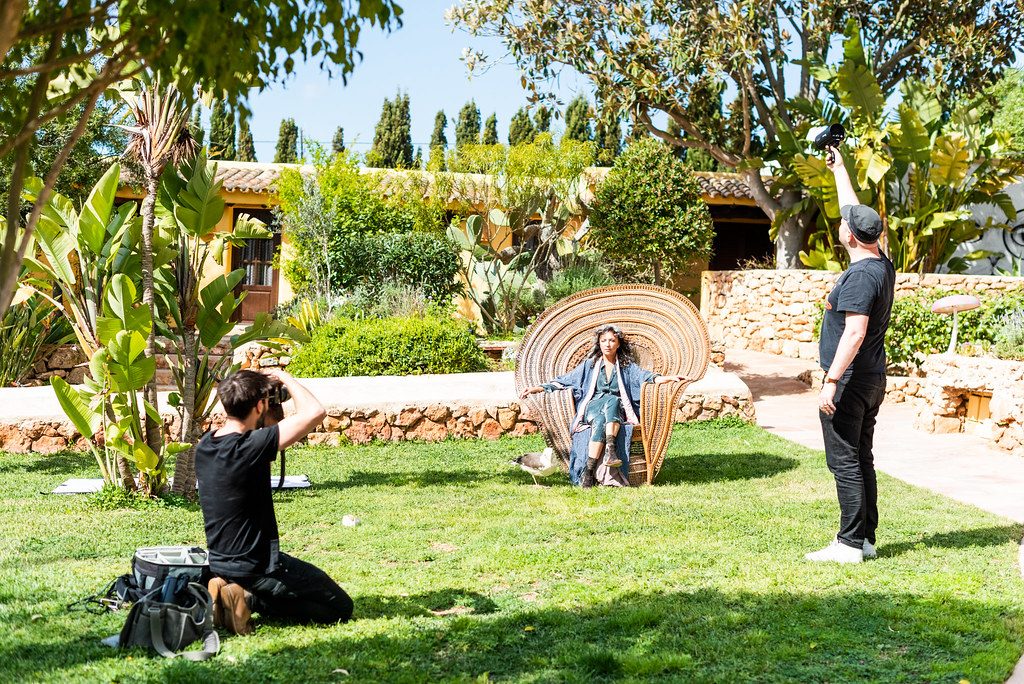 When walking around the hotel with Dawn, her enthusiasm for the year ahead is infectious. She points out all the little changes that most guests and partygoers may not notice, but that will make a big difference to the way things operate – such as the subtle extension of our kitchen, the new DJ booth built in to the sunset terrace and the removal of wildly overgrown tree roots (don’t worry, the tree remains!) from our concrete floors – and waxes lyrical about the creation of an all-new alfresco cocktail bar that will make it easier than ever before to indulge in our Curiosity Shop creations.

And that’s just the start of it. We’re also in the thick of planning the second edition of our Pikes Literary Festival – bigger and better than last year, with some legendary authors stepping in to teach the creative writing workshops in addition to hosting talks, plus a full-day dedicated to Spanish writers – and there’s talk of an Ibizan food festival taking place towards the end of the season. We’ve even got our very own rustic wood food cart for special occasions such as these. After winning the prestigious White Ibiza Best of Ibiza Award for best restaurant last year, head chef Lee Milne and his kitchen team will not rest on their laurels for a minute. 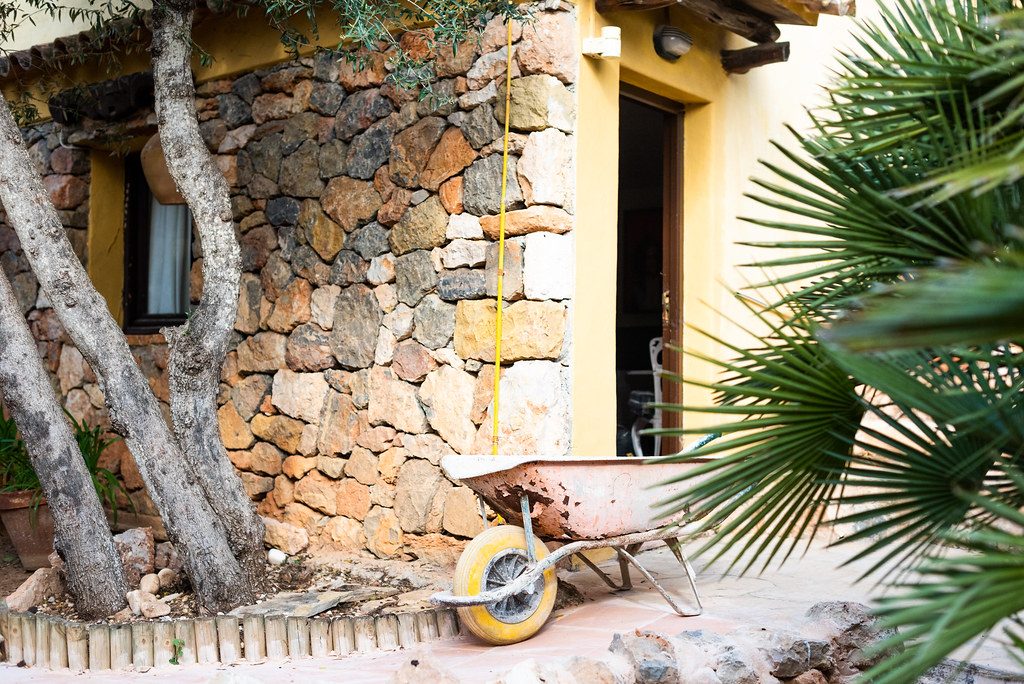 Last, but never, ever least, there will be a memorial created to honour the one and only Tony Pike. In fact, we plan to dedicate the entire summer to celebrating the amazing life he lived in the best way we know how – eating, drinking, dancing and being merry in true Pikes style. We do hope you’ll join us over the course of the summer, whether for a summer holiday stay, a night (or three) in Freddies, a meal in Room 39 or cocktails by that famous Club Tropicana pool. Absolutely everyone is welcome…