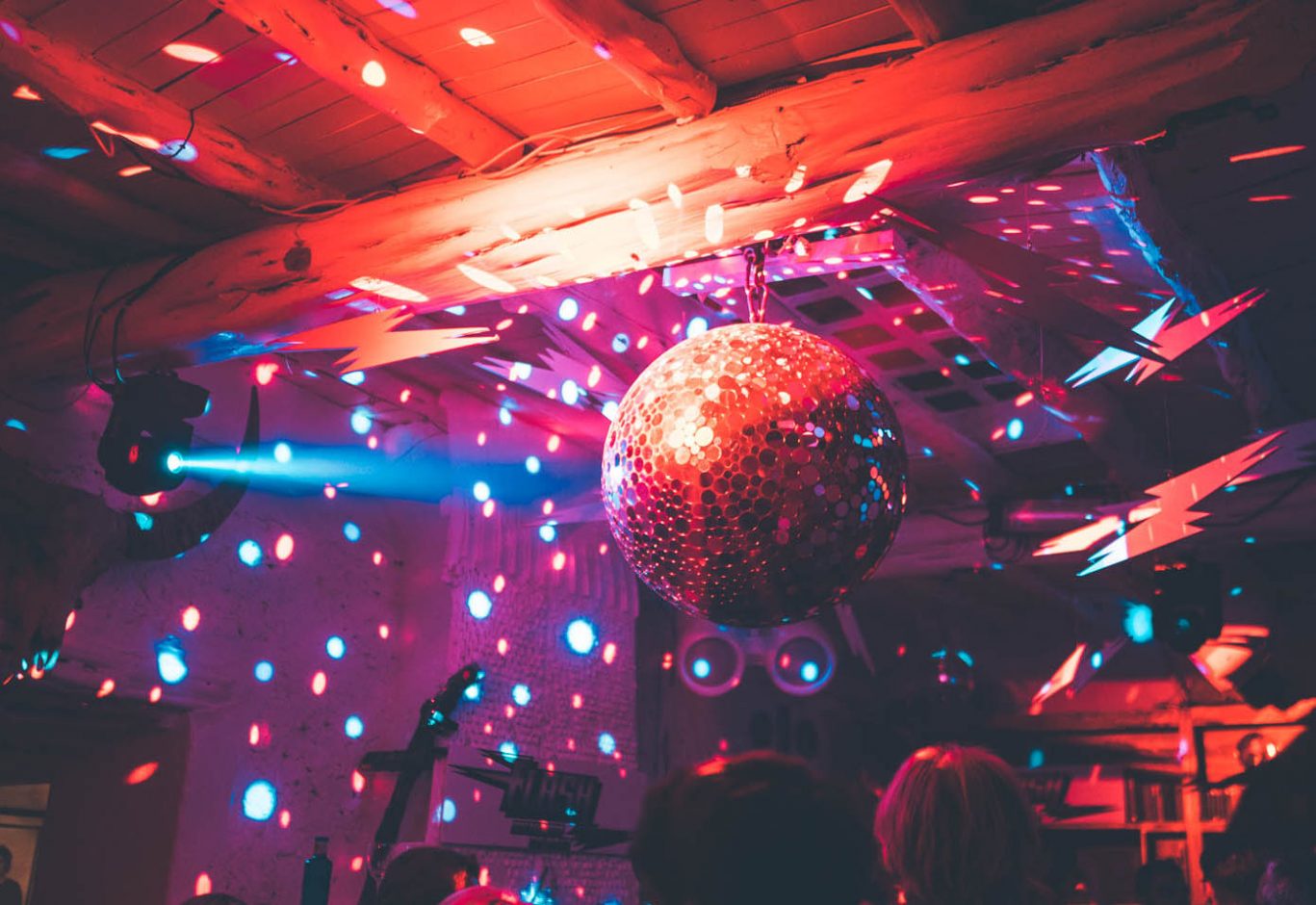 Pikes Events Round Up | Part 1

Did Someone Say Opening?

Drum roll please! It’s time to play the music (whistle along now). It’s time to light the lights. It’s time to get things started… at the Pikes Opening Party tonight! Yes indeed, after a six-month hibernation, it’s the day we’ve all been waiting for – our metaphorical doors are open and it’s back to business here at Pikes – the business of hedonism, gastronomy, music, magic and good old-fashioned fun!

It wouldn’t be Pikes without a knees-up to celebrate the auspicious occasion and tonight’s opening party is set to be one to remember (or not, depending on how many cocktails you consume in The Curiosity Shop). Obviously, we’ll be raising many a glass to the late, great Tony Pike, as we kick off hotel’s very first season without his cheeky grin spurring everyone onto do something they shouldn’t. With that in mind, we recommend you ask yourself this question when faced with a conundrum tonight, and in fact, every night you spend at Pikes in the future: What would Tony do?

This season, we’ll be hosting more events than ever before, which means you can play WWTD seven nights a week in the height of summer should you wish (and here’s where the game starts – should one party seven nights a week? Well, what would Tony do? There’s your answer). While the details of some parties still remain under wraps, we’ve been leaking snippets across our social media channels over the past few weeks – in case you missed it, or if you just want to take it all in again in one big heady hit, check out the first wave of party news for summer 2019. 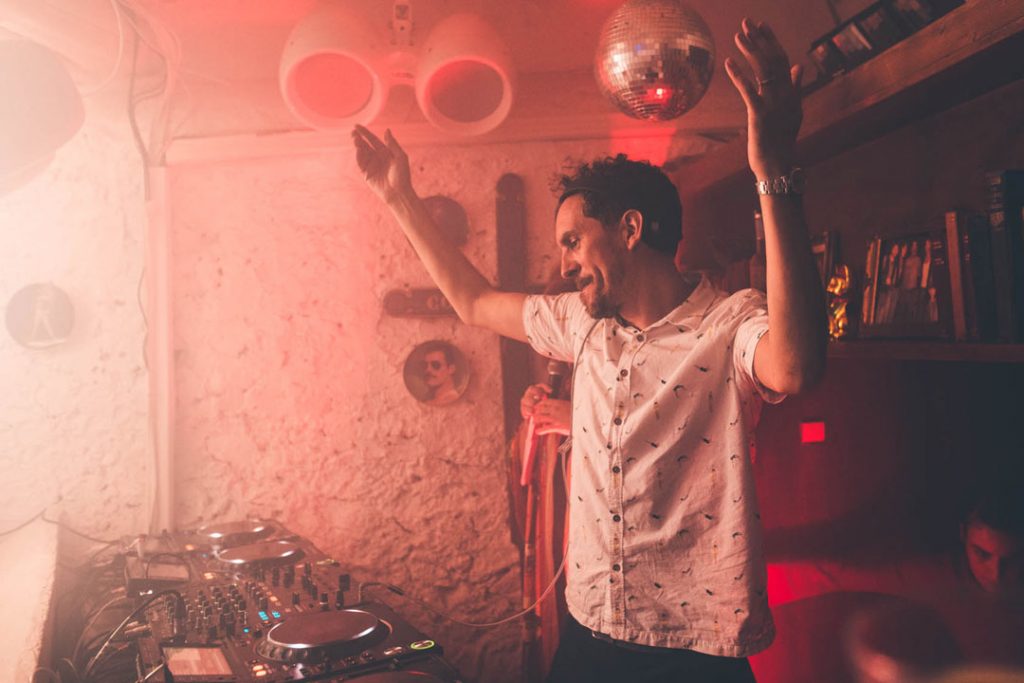 If you’re one of the lucky ones with your name on the guest list to the opening party, you can step right up to our brand-new entrance and swap your taxi receipt for a shot of Hierbas before swanning up the stairs and getting involved in the madness. As most of you already know, the opening party is sold out (so to speak – our parties are always free, via registering for guest list in advance so when we say sold out what we really mean is the list has reached capacity) so we don’t want to brag too much in case you’re not joining us but let’s just say this: Dinner. Paco Fernandez. Drinks. Dancing. Artwork. Doorly. Adam Daniels. blondewearingblack. Flash. More drinking. Sunny’s Bathtub Karaoke. Crazy piano sing-alongs. Drink some more. The world’s tiniest drag queen. Hmmm… What would Tony do? 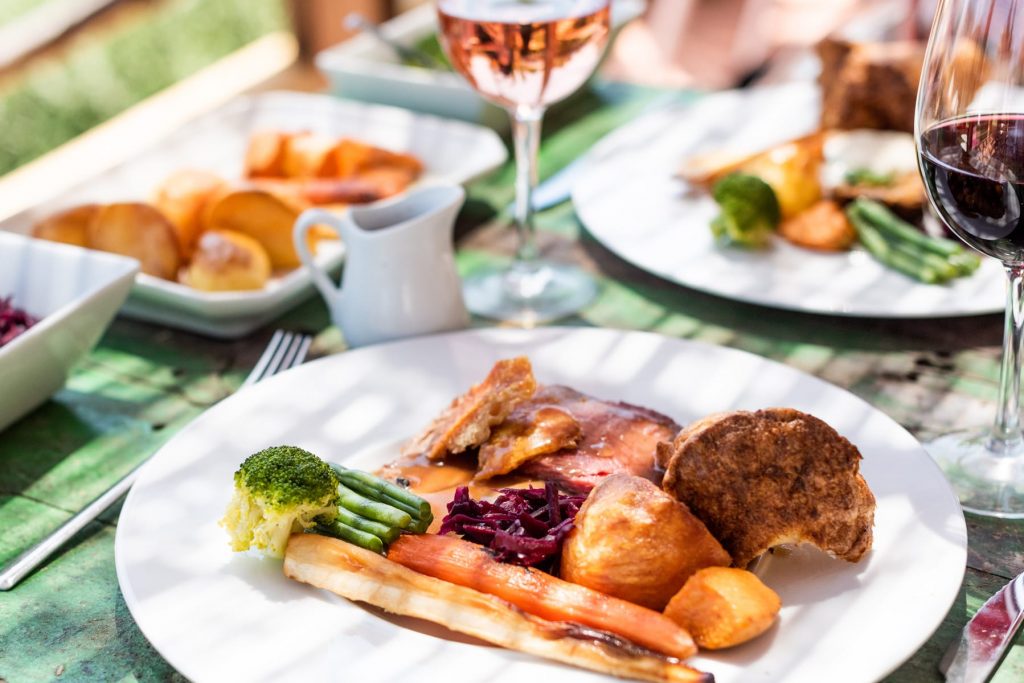 As the old saying goes, there’s no rest for the wicked and not long after we’ve swept up the stray glitter outside Sunny’s boudoir, we’ll be setting the tables in Plaza Major for our first Sunday roast of the season. Pikes on Sundays has become something of an Ibiza institution and anyone who’s ever said ‘but it’s too hot to eat a roast in Ibiza’ has clearly never seen our packed restaurant (not to mention the hundreds of plates that go back to the kitchen practically licked clean every week). To complement the culinary fare, The Brothers Grim return to the poolside DJ booth alongside a host of Balearic selectors – the opening event sees two of our long-term friends Phat Phil Cooper and Andy Wilson take to the decks – and guests are announced weekly. Lunch reservations are essential, but there’s no need for guest list if you’re joining us poolside during the day. Once the sun goes down however, it’s another matter altogether… 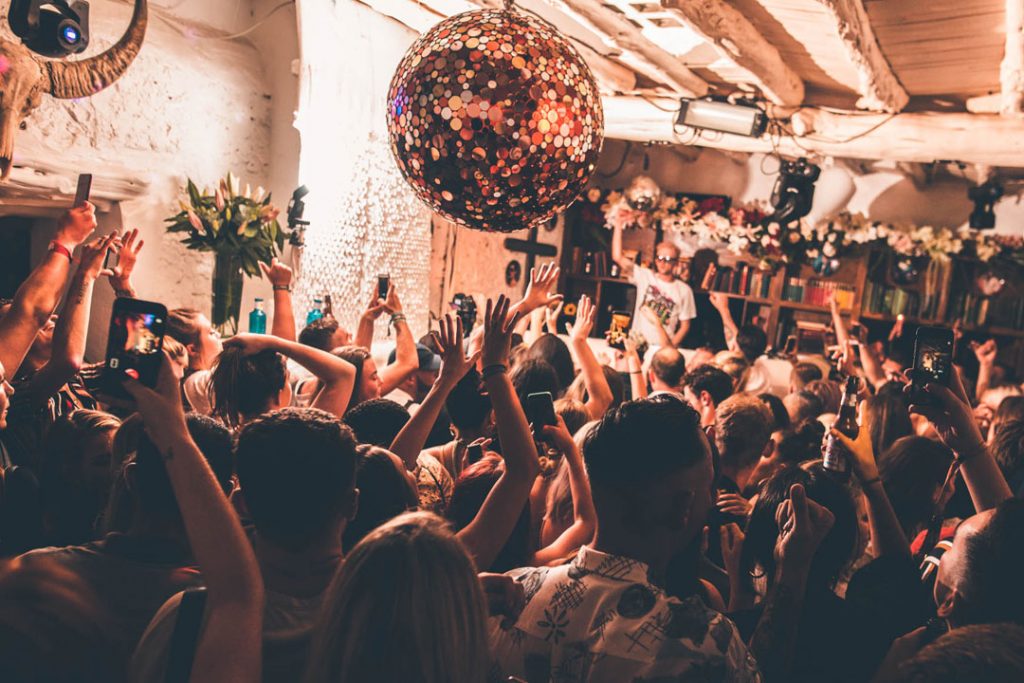 Tales of the Unexpected is basically what happens after The Brothers Grim have had one too many sherbets by the pool on a Sunday – things go a bit left and that’s the way (uh-huh, uh-huh) we like it (repeat). The sun goes down and the action heats up – over the years, the real life brothers would invite their musically inclined pals to join them behind the decks at night and the truth is, we just never knew what (or who) to expect. And so, last season, they gave it a name: Tales of the Unexpected. This season, the weekly Sunday night soiree has evolved yet again, as the brothers have hand-picked a roster of very special guest DJs – including Benji B, Dan Ghenacia, Daniel Avery, Denis Sulta, George Fitzgerald, Maribou State and too many more to mention – who’ve been asked to play five-hour showcases of anything but what you’d expect… 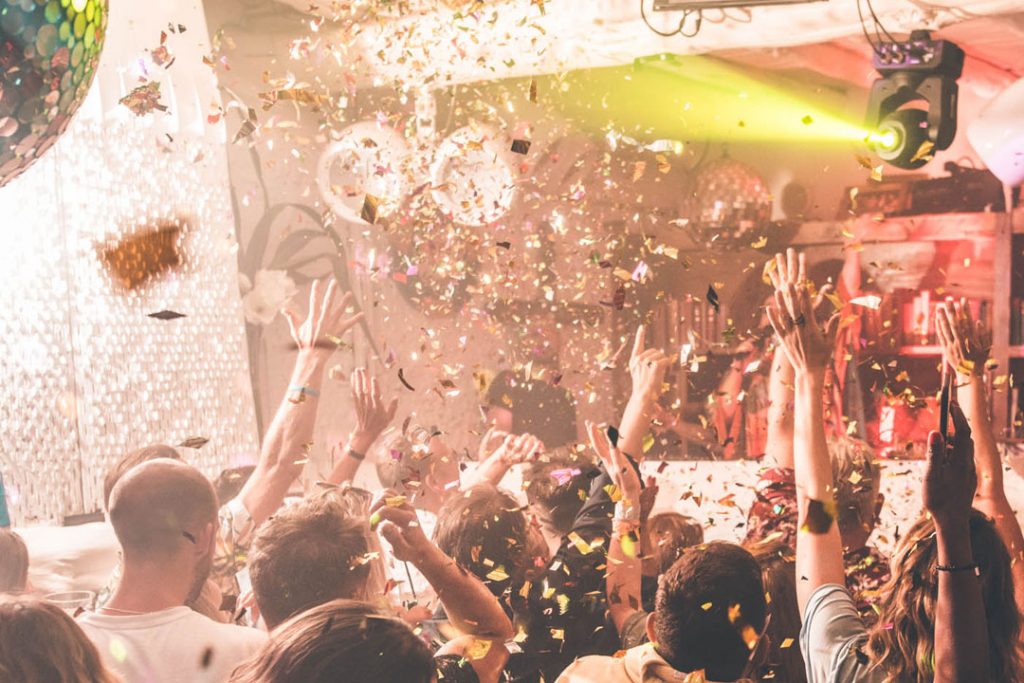 All good house parties are thrown on Saturdays (obviously the host needs the day to prepare) and Pikes House Parties are no different. Every Saturday night, we invite all friends, family, freaks and favourites to our house for an authentically madcap Pikes experience. The night kicks off from 8pm, over dinner while our good friend, legendary Ibiza Flamenco main man Paco Fernandez and his band perform in Plaza Major. Afterwards… all feet flock to Freddies, where all the aforementioned cast of Pikes characters (plus the lovely Ruby Murry) are on hand to keep you entertained resident DJs Artwork, Bushwacka! Crazy P, Leon Vynehall and PBR Streetgang will be taking turns in that lovely little booth to keep you dancing until we kick you out. Not all at once mind you – check our weekly listings to find out who’s on when! The Pikes House Party opening party is already sold out, but you can still nab a table reservation for dinner, which also scores you entrance to the party afterwards. For all other Saturdays… visit our website and register for guest list. 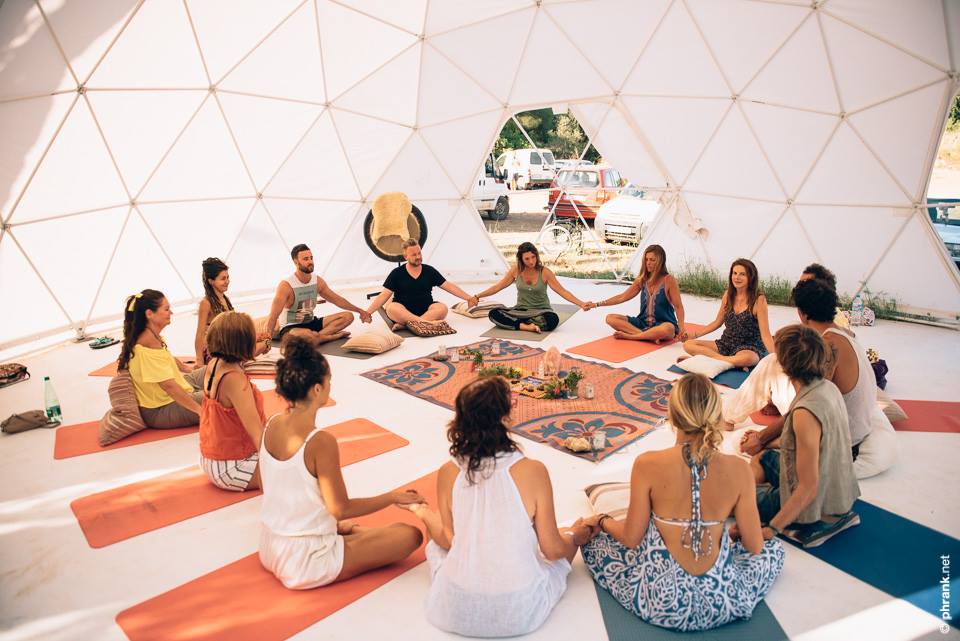 That’s all the weekly party news we can share (for now), but we’ve still got plenty more to say about our monthly residencies. The absolutely fabulous, mystical and magical, sparkly and powerful Cosmic Pineapple returns for a series of six mini-festivals throughout the summer season. In the years since its inception, we were asked ‘What is Cosmic Pineapple?’ so often, we ultimately wrote a blog about it (you can get the answer here) but we must admit – words do this party no justice. You’ve just got to experience it to understand its unique mix of wellness, consciousness, connectivity and of course, raving. This summer sees Cosmic Kim and her crew of kooky cohorts join us on May 21, June 11, July 2, July 16, August 13 and September 24 – think yoga, healing, meditation, markets, workshops, cuisine and resident DJ Cici and special guests in the signature Space Rave. Book those flights; reserve a room; sign up for guest list (if you’re not a hotel guest, that is) – this is something special. 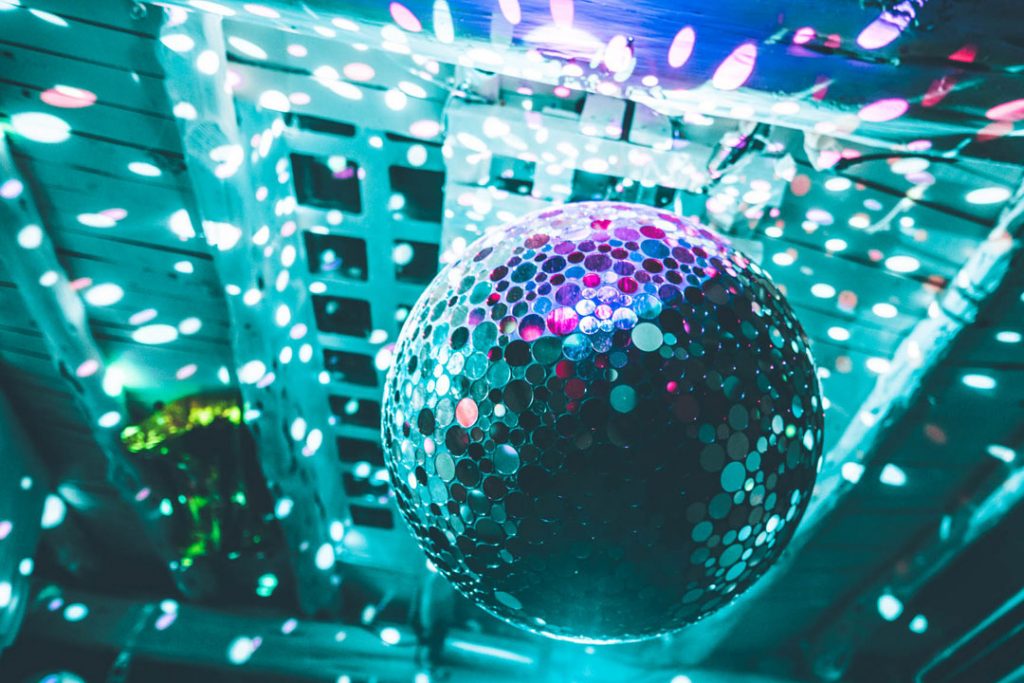 Many people call Pikes their spiritual home (and we’re flattered you feel that way), but there are very few parties who can say they were born and bred right here on Pikes soil. Well… the old wonky-tiled floor of Freddies, anyway. Melon Bomb is one such party – born in the depths of a winter season (back when we used to open on weekends), the party grew and grew until it had a cult-like following among locals. After the locals came the tourists and now the disco-based musical foursome of Scott Gray, Ben Santiago, Paul Reynolds and Juan Corbi have fans flocking to see them from all corners of the globe. But they never forget where they came from, returning to Freddies on a monthly basis for the party that is always guaranteed to be a roadblock – you know what that means right? Yep, sign up now to avoid disappointment. May 10, June 7, July 5, August 2, September 6 and October 11 are the dates to block out in your diary. 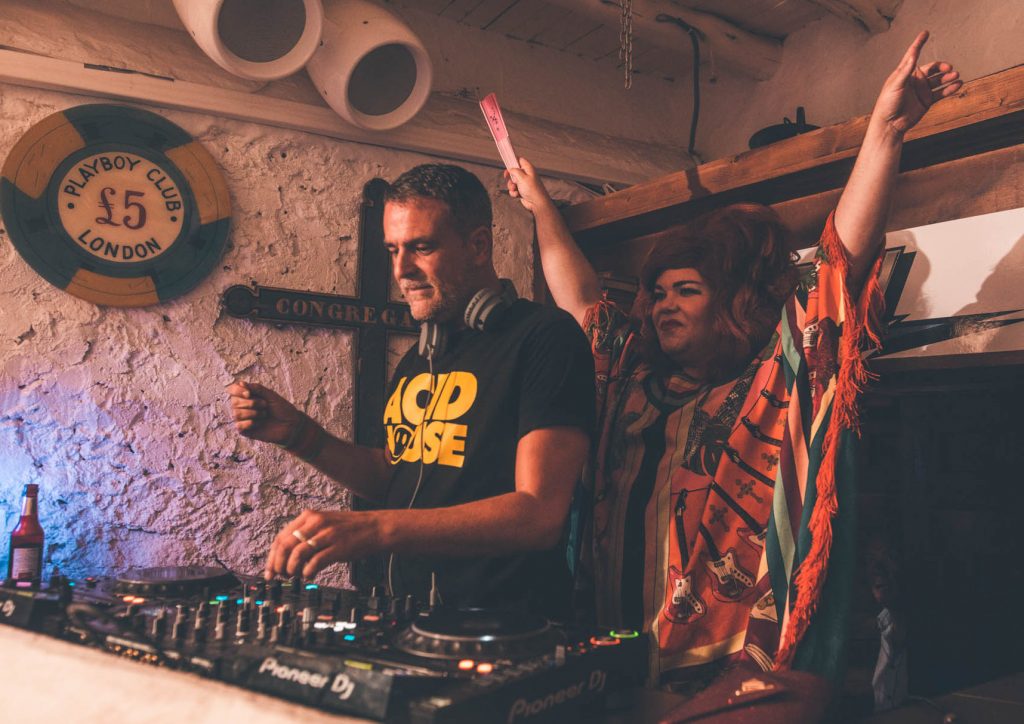 Anyone in the world who doesn’t automatically sing: ‘Ah-ah! Saviour of the universe!’ when they see or hear the word Flash needs to A. Spend a few minutes googling Flash Gordon and Queen and B. Get themselves on the guest list to this fantastical polysexual party, pronto! Flash is the party where everyone – and we mean absolutely EVERYONE – is welcome: gay, straight, don’t know, don’t care! Just be yourself and no one else… and get yourself on the guest list on May 23, June 21, July 19, September 13 and October 3. If last year’s debut season is anything to go by, things are going to get hot, sweaty, sassy and fierce – hosts Ruby Murry, Raven Mandella and Baybjane will make sure of that. ‘Ah-ah! He’ll save every one of us!’

That’s all we can tell you at this point in time, dear readers. Oh… ok then. You’ve twisted our arm just a little bit more. We can let it slip that legendary London jazz club Ronnie Scott’s will be popping up again and that our charitable friends from Choose Love will be back in the house – watch this space for dates as they’re announced, and for the next round of exciting Pikes party news. And when you’re wondering which of the parties you should sign up for, remember our sound advice: What would Tony do?