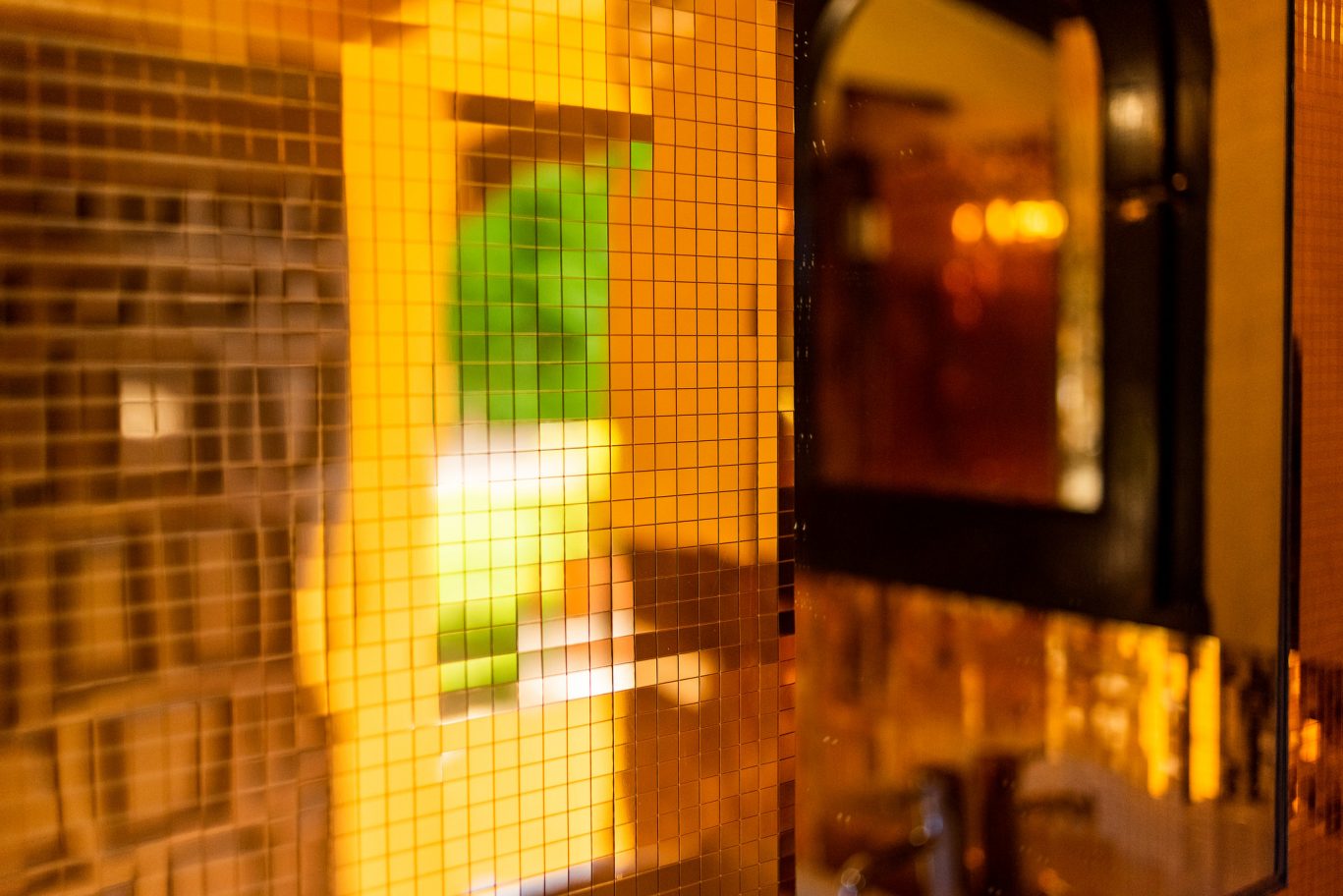 There are few taboo subjects left in the world – the ambiguous relationship between political correctness and social media has put pay to that. But one taboo that resolutely remains – like a floater that you just can’t flush – is what goes on in the bathroom. Most people (not everyone, admittedly) squirm at the mention of deeds undertaken behind those sacred doors. Popstars get arrested for unsolicited acts behind them (we’re right behind you George, so to speak), actors cling to the sides as they come up in them, and we all emerge from a session pretending that we smell like roses, despite those ever-pertinent words from Outkast: ‘Lean a little bit closer, see that roses really smell like poo-poo-oo.’ Indeed. 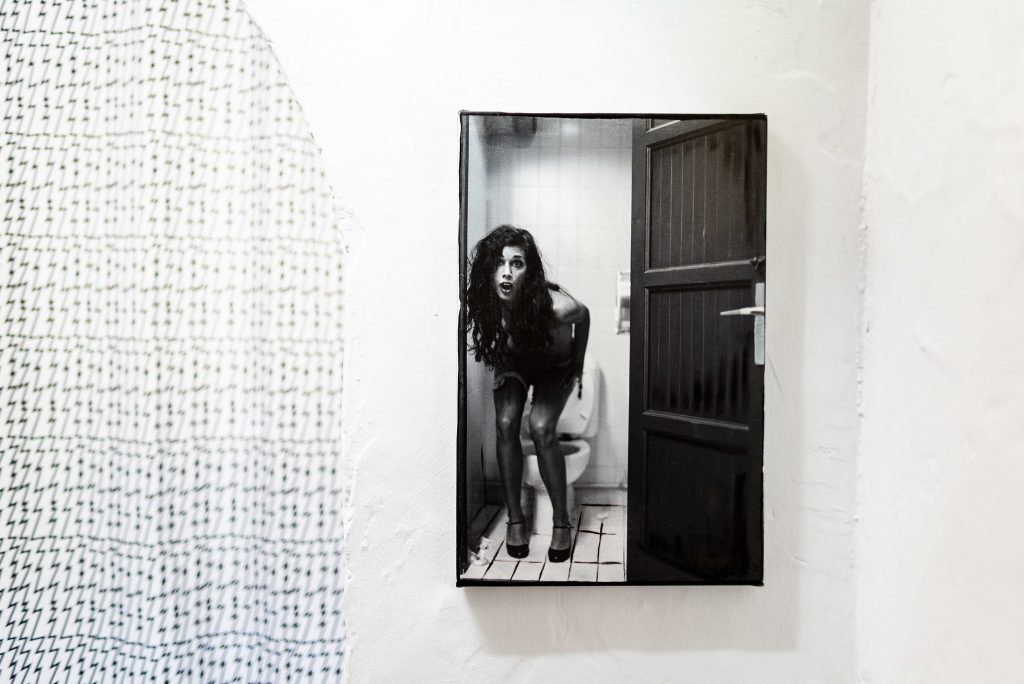 All this clandestine behaviour has resulted in the outright fetishisation of the toilet space over the years. In Trainspotting, Ewan McGregor’s Renton finally says goodbye to a heroin-induced, putrid obstruction in the kind of grotty toilet conjured in nightmares – it goes on to become one of the film’s most iconic scenes. While in another modern-day classic, Pulp Fiction, John Travolta’s Vincent Vega finds himself staring down a barrel of a gun after leaving it unattended so he could make a toilet pitstop. A rookie mistake, but one we can all sympathise with – when you gotta go, you gotta go. Meanwhile, in the controversial 9 Songs, Margo Stilley gets busy in the bath, resulting in the shooting of an altogether different kind of load.

Now, we’re not telling you all this in the hope of stoking the fires of inspiration – though admittedly we take pleasure in breaking taboos – but we do want to draw attention to our rather fabulous bathrooms because in spite of traditional opinions, people naturally convene in toilets here at Pikes. They provide a place to gossip, to catch your breath, to fondle (yes, we’re looking at you), and on occasion, to climb up on the throne and actually relieve yourselves. For all those salubrious reasons, we’ve gone to great effort to make our toilets extraordinary. Because if we’ve got to spend time in there every day, we may as well enjoy it, right? 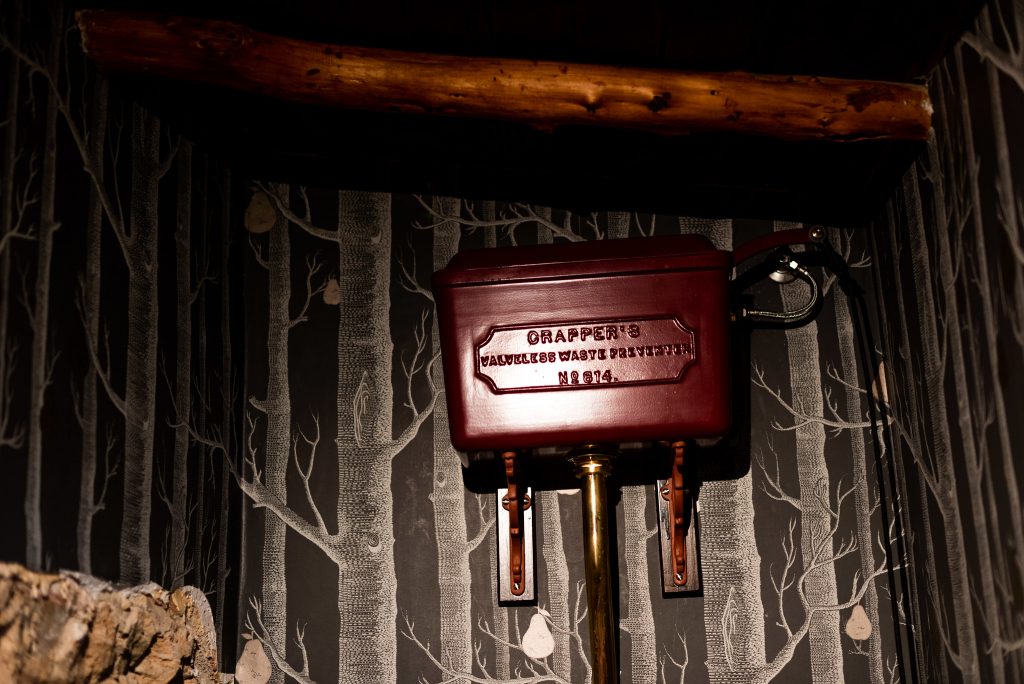 Our most famous loos – situated next to Sunny’s Boudoir, between Plaza Mayor and the sunset terrace – are in fully functioning, working order thanks to a fortuitously named man called Thomas Crapper, a plumber who believe it or not, actually invented the U-bend, transforming lives as they were known in the late 1800s and providing unlimited opportunities for puns, centuries later. In homage to this trailblazer (ahem), these toilets are fitted with original Crappers, so you can unfurl your cargo in total confidence. While taking care of business, please take time to admire the Cole & Sons wallpaper (no, it’s not wipe clean so don’t get carried away), which transports you to the centre of forest-inspired dream, subsequently providing conditions for a makeshift nature poo, if you will.

Outside and we’re sure you’ll huddle up round the vintage sinks scattered with fresh flowers as you queue, completely unaware that just round the corner – to the left of the men’s – there’s a secret loo that pretty much no one knows about that could instantly uncross those legs. We’re not quite sure how this one still remains under the radar but if nature comes knocking with little or no warning, this one’s your best bet. ‘Why the fuck can’t I have fun all the time?’ reads the sign down the corridor. Well you can, especially when you skid in and out the loo this quickly. 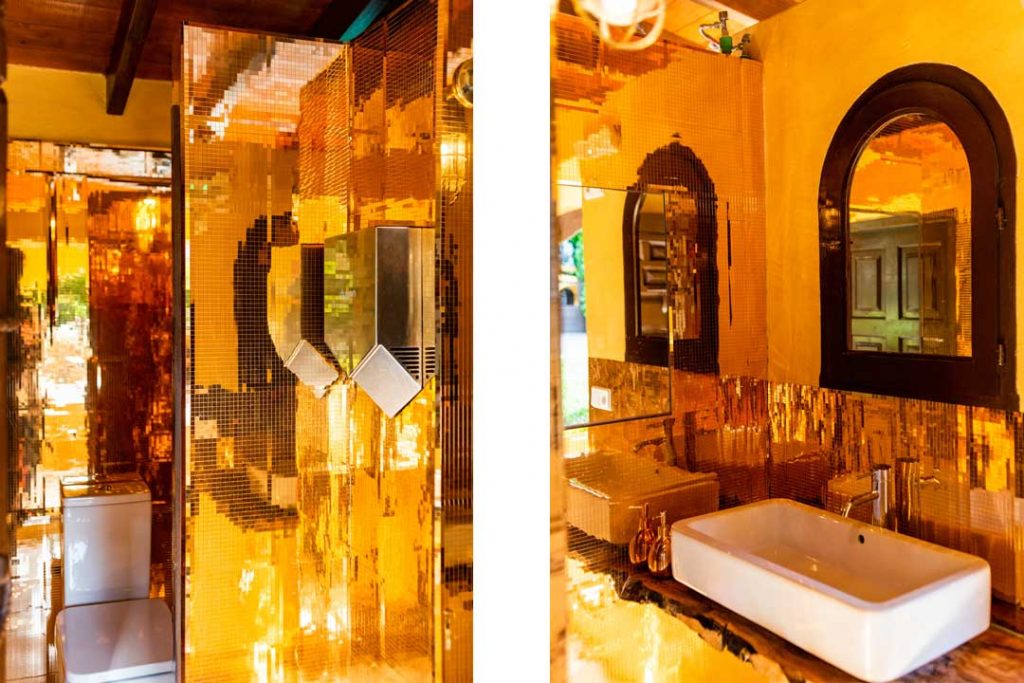 Elsewhere and we’re delighted to announce the official opening of our new disco loos, just opposite reception, which have already had guests squealing with delight – we assume over the décor but we can never really know. Inspired by Studio 54 in all its kitsch, glittering glamour, these toilets were born to sparkle, just like you and Mariah Carey. Covered from top to bottom in bronze, mirrored tiles, they shimmer in the glow of your phone light, which means yes, this is the pivotal moment that should be documented on Instagram forever. While you’re there, take note of the excellent bronze soap and moisturiser dispensers, and the diamond-shaped mirrors on the back of the doors perfectly placed for pre-dancing touch-ups. 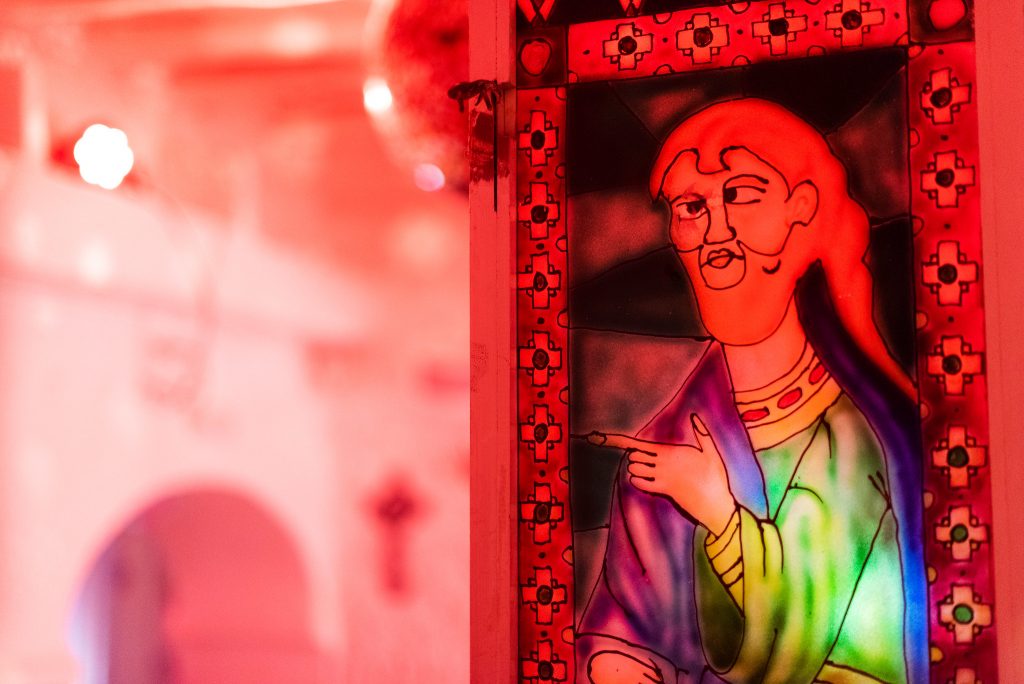 Speaking of which, if you don’t want to wander too far from the dance floor then we’ve another insider tip for you: there’s a semi-secret toilet in Freddie’s. Decked out in Moroccan tiles that conjure images of souk-inspired labyrinthine streets with plenty of corners for dark deeds, suitably there’s no lock on this little fella. So either go with a mate you trust who can stand guard while you wee, or leave it unattended and take your chances – you never know who might stumble in, after all. And no one’s judging here; at least not openly.

We will however, be paying close attention to all selfies and photos taken in the Pikes toilets this season, so to get our attention please use the hashtag #shitterbox (or should we use #glitterbogs? What do you prefer?) Just remember to keep it clean(ish), because while we’re desperate to see what goes on behind closed doors, we all have our limits. With that in mind, let’s end with the words of our good friend Renton, from Trainspotting.

“I fantasise about a massive pristine convenience, brilliant gold taps, virginal white marble, a seat carved from ebony, a cistern full of Chanel No. 5, and a flunky, handing my pieces of raw, silk toilet roll.”

Oh, but we can do better than that.