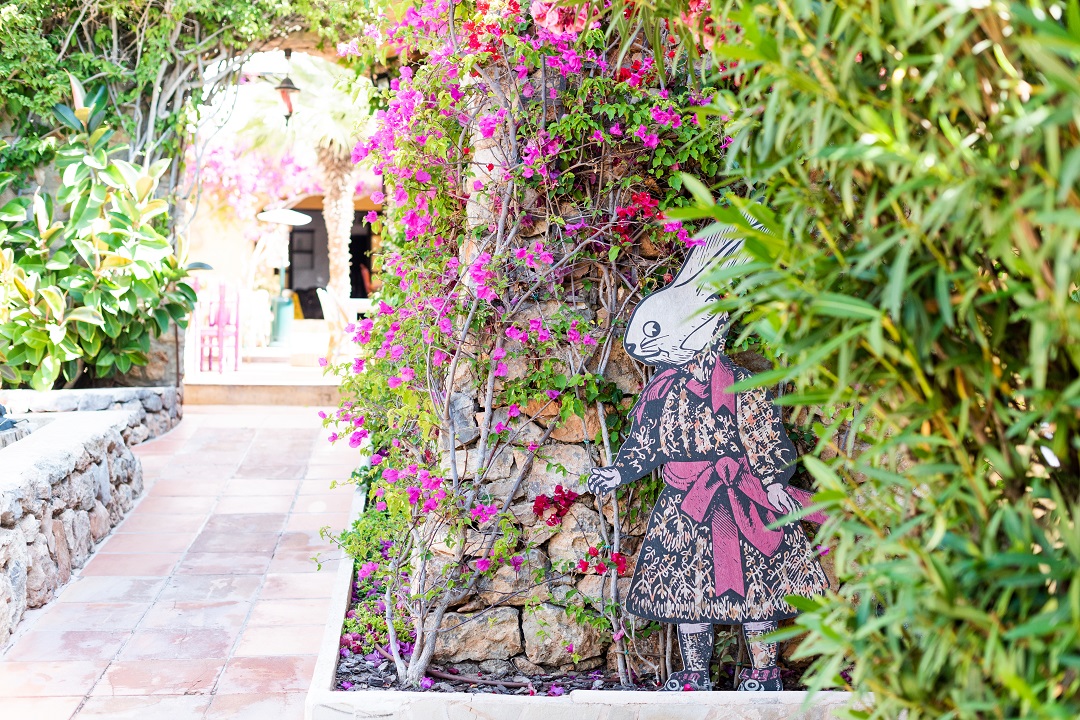 Not Your Average Gift Guide

While the saying is true that you can’t choose your family, it’s really only referencing your blood relatives. But as society has evolved over the years, more and more people are of the belief that the concept of family is no longer limited to bloodlines or surnames. Family are the people who you connect with on a deeper level; people who want you in their lives; people who would do anything for you and who show up when you need it.

Here at Pikes, we believe that you CAN choose your family – our amazing motley crew of a team is proof of that. Whether we chose them or they chose us really doesn’t matter – what matters is we found each other. Let us introduce you to some of our key team members, who really are part of the family: our much-loved head bartender Emil, who has worked at Pikes since 1992 (yes, really!), the lovely Lucie who works tirelessly to coordinate our the events and our fabulous Front Desk Manager Diego. It’s a family affair. 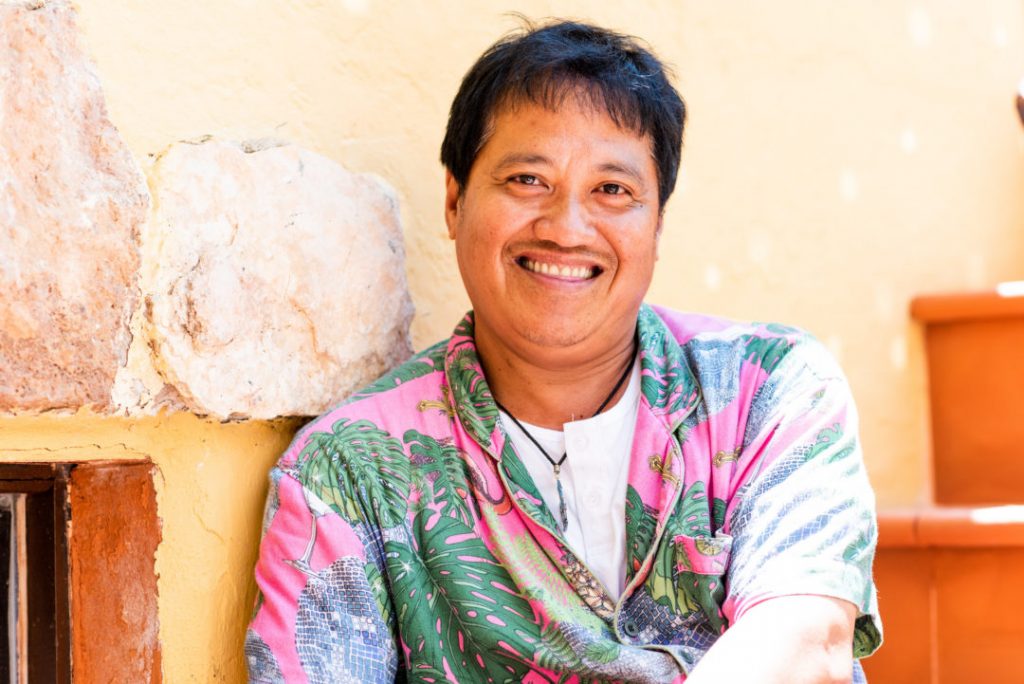 Emil Geronimo’s memory bank is far more exciting than any Hollywood blockbuster could ever hope to be. He first joined the Pikes team back in 1992 – a fresh-faced teenager from the Philippines who described himself as ‘the joker’ in his very first job interview. What he meant was he was a true jack of all trades, and in the 36 years to follow he has proven to be a man of his word and one of the most loyal employees in the world. Initially, he was the gardener; followed by maintenance; then cook, then barman – these days, he’s very well-known as our head bartender in the poolside bar. It’s fair to say Emil is our very own in-house celebrity.

He remembers the day of Freddie Mercury’s birthday party like it was yesterday; he made firm friends with the members of Bon Jovi and Guns N’ Roses in the early 90s and he was the only staff member allowed to address the prime minister of Spain, Felipe González. One of his funniest stories involves all members of the Spice Girls having dinner in Plaza Major while he was working in the pool bar. One of them came in and ever so politely asked where she could find the ladies. “I pointed to Plaza Major,” he says, doubled over in laughter at the memory. “She came back confused and asked me again about the ladies. I said ‘THERE! IN PLAZA MAJOR!’ and she came back a third time and looked quite desperate. My English was not so good and I didn’t realise she meant the toilet when she said ladies! I just thought she meant the other girls!”

Job titles do no justice to the work Emil has done at Pikes over the years. He’s lovingly tended the gardens; he helped Tony Pike (who he describes as “like my father”) build many of the rooms with his bare hands; he was the man behind the camera lens in many of the celebrity photos you see on our reception wall; every year he repaints the yellow finca and rooms and he is a constant source of joy and laughter for so many of our guests and the rest of our team. He’s stuck with the hotel, and indeed Mr Pike, through all of its highs and lows. Always smiling and with a definite cheeky side (plus youthful looks that belie his 56 years!), it’s easy to see why our guests love Emil. “If the owners let me, I will stay here forever,” he says, surveying the place he has faithfully served for over three decades. “I love my job. I love making people happy. This is my home.” 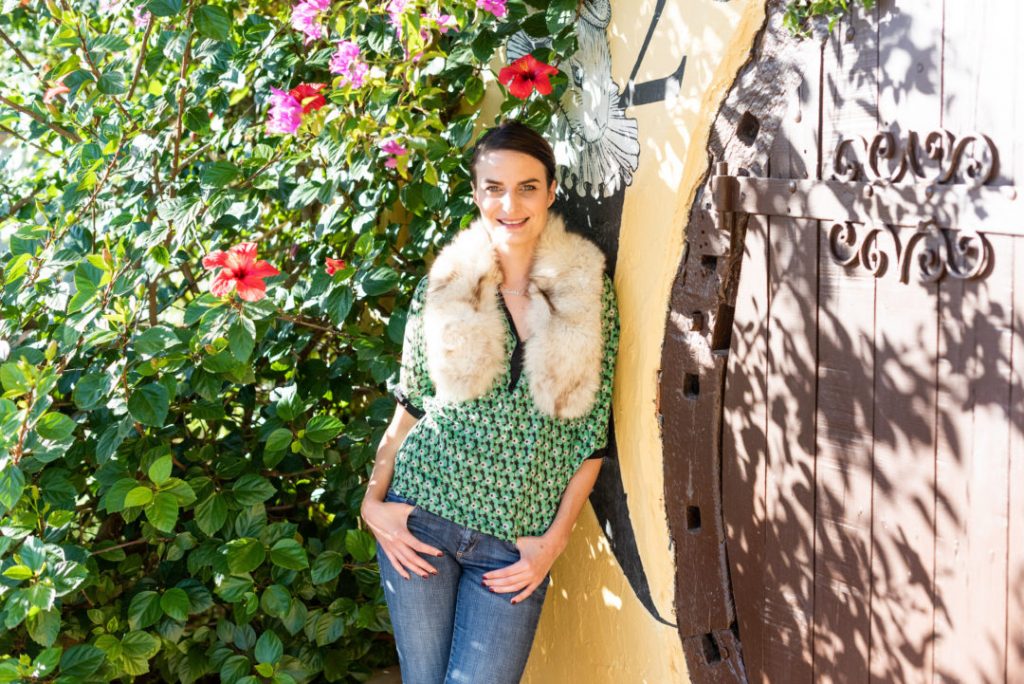 With cheekbones to die for and a perpetual mischievous glint in her eyes, our events coordinator Lucie Rekasova was introduced to Dawn Hindle at the Ibiza Rocks Bar on her first night in Ibiza in 2010, when Pete Doherty was playing an acoustic set. The Czech-born beauty had returned to Europe after a stint in the events industry in Shanghai and was only planning to stay for three days. Dawn suggested she attend a modelling casting the following day at Ibiza Rocks. “It was loud, I thought she said a Rayban casting and I thought why not?” Lucie recalls. “But then I got there and it turned out to be a casting for Playboy!” Seeing the opportunity as a serendipitous chance to spend a summer in Ibiza, Lucie took the bunny-eared job and during the season, she fell in love – with Ibiza, with Ibiza Rocks and with her boyfriend, who worked with Andy and Dawn. “There’s such a sense of loyalty here,” she says.

She went on to help out the Ibiza Rocks team on various duties and in 2014, she made the move to Pikes – the place she credits as helping her find her true self and truly connecting with her Ibiza family. “What is special about Pikes is the people,” she says. “The way I see it, we were all misfits somewhere else and somehow found our way here, found each other and made the perfect team. Now we just refuse to leave!” Today, Lucie is an essential part of the behind-the-scenes team who design, plan and execute the many special events we hold each year. She says coming to work feels like coming home and admits the hardest part of her job is actually leaving the building every day. “I always think I will venture out and go to other parties,” she says. “But everyone comes here anyway – why would you go anywhere else?”

Saturday Nights at Pikes are Lucie’s favourite event – the one she says truly encapsulates the Pikes spirit – however she also loves organising weddings. “The buzz of seeing people who you’ve been emailing for two years having the time of their lives – that gratitude is so satisfying.” A firm believer in the ethos ‘what happens at Pikes, stays at Pikes’, Lucie (who is known to be partial to a shot of tequila here and there!) is reluctant to share any of her escapades. “We have fun. We work hard. We play hard. But we put our jobs first,” she says, before relenting to just one story. “There was one time when we were having drinks with Biffy Clyro on the roof and I dared all the boys to jump in the pool. They didn’t feel comfortable doing it, so I just stripped off my clothes and jumped in! They had to follow… I’d never do it now,” she concludes with a wink. “We don’t allow it.” 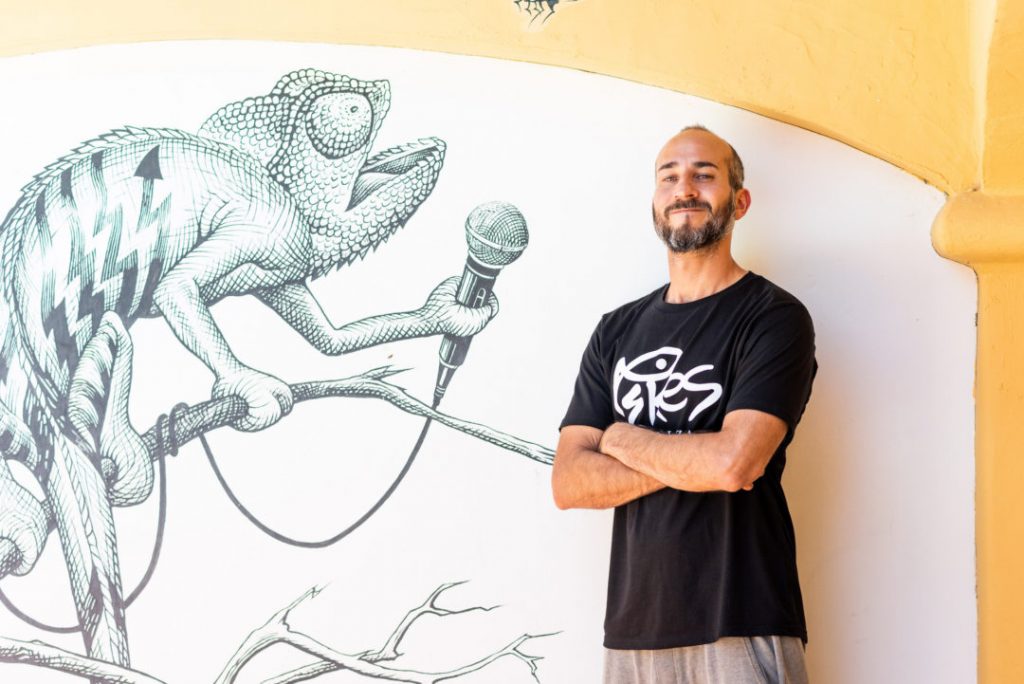 Born in Argentina, our cool, calm and collected Front Desk Manager Diego Fretes Pinof was quite the citizen of the world before he decided to call Ibiza home in 2007. He’d spent time living in Madrid, Portugal, Paraguay, Mexico, Germany, Sierra Navada, plus travelled across Brazil, Argentina and Asia, and yet he’d never found a place where he could truly say he felt ‘at home’. On arriving to Ibiza he discovered it was so much more than the discotheques he’d heard about – he felt an instant connection with the nature all around and the open, welcoming people of the island. And he never looked back.

Pikes came onto Diego’s radar in 2013 as a friend recommended him for a receptionist role – the minute he found out there were no stuffy uniforms he was on board. “I totally felt at home here from the minute I stepped foot into the hotel,” he says. “This place is super special – it’s the first time in my life that I come to work happy every day!” He says working with a multi-cultural team that crosses Spain, Morocco, Croatia, France and South America – not to mention dealing with guests from all over the globe – has allowed him to develop a unique perspective into the many different ways of responding to pressure and believes his role definitely encompasses some elements of psychology.

“There’s so much movement and so much life here,” he says. “We have to be ready for anything, at any time.” For Diego, ‘anything’ has included walking into Room 18 to deliver some luggage, only to find Liam Gallagher sitting on the terrace playing guitar, discovering the drummer from The Cure practicing for four days straight in Chez Fez and once stumbling across Howard Marks just months after randomly discovering his dog-eared book in a hotel in Cambodia – however his respect for the discretion of all Pikes guests means he won’t spill any of the more risqué behaviour he’s been privy to over the years. He probably knows the ins and outs of every single room and suite at Pikes better than anyone (his favourites are Rooms 1 and 26). “We’re not a luxury hotel and so we need to manage people’s expectations and really let them know what to expect with each room,” he says. “What we are is a total experience.”