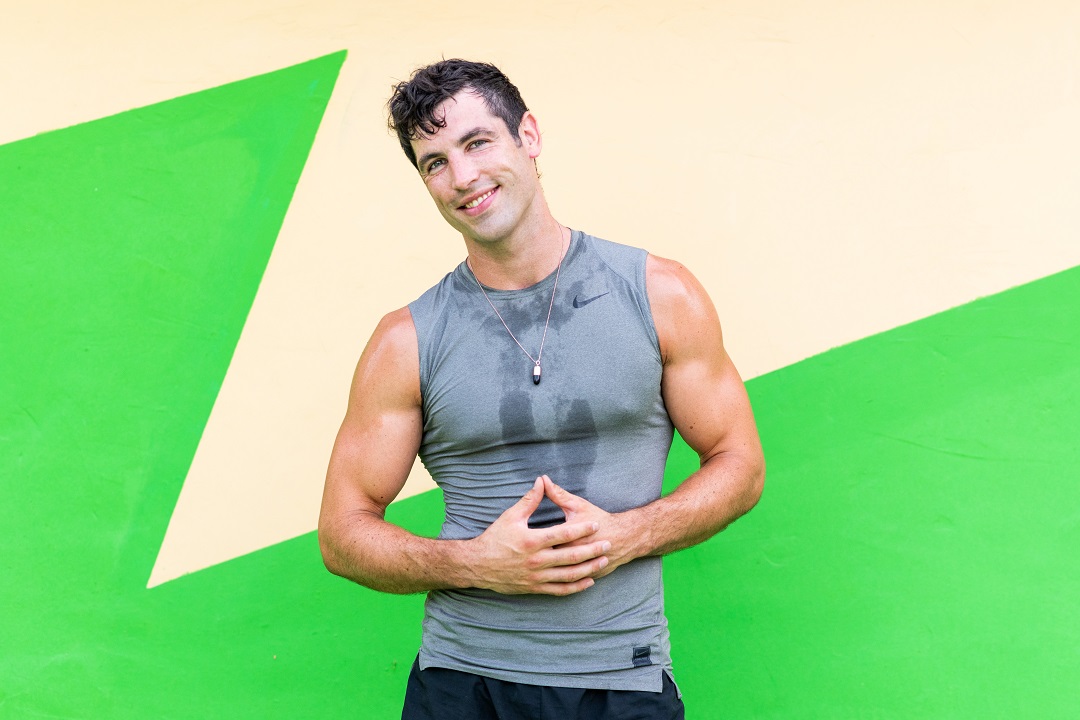 Six foot three and a half, cheekbones so chiseled they could cut ice, piercing green eyes and a brain to boot – meet our new personal trainer and nutritionist Franky Vincentio. Kindness emanates from his soul, and his softly spoken demeanor makes it easy to feel comfortable under his expert guidance. On the playing field (aka, the dusty countryside surrounding Pikes), however, his disposition transforms to one of pure focus – motivating and inspiring clients to power through their workouts with an intense psychological approach and just the right amount of dry northern humor to keep things real.

Franky’s connection with Ibiza stems back to his teenage years, when as a 16-year-old he stayed in San Antonio with friends in the Paraiso Hotel – now famously transformed into Ibiza Rocks Hotel. While studying psychology at the University of Manchester, his talents on the rugby field seemed to be insisting his future would be on the sporting fields rather than in an office and he began pursuing a professional rugby career. A serious injury unexpectedly halted his dreams however, and unsure of what direction to follow, Franky felt drawn to the island once again. 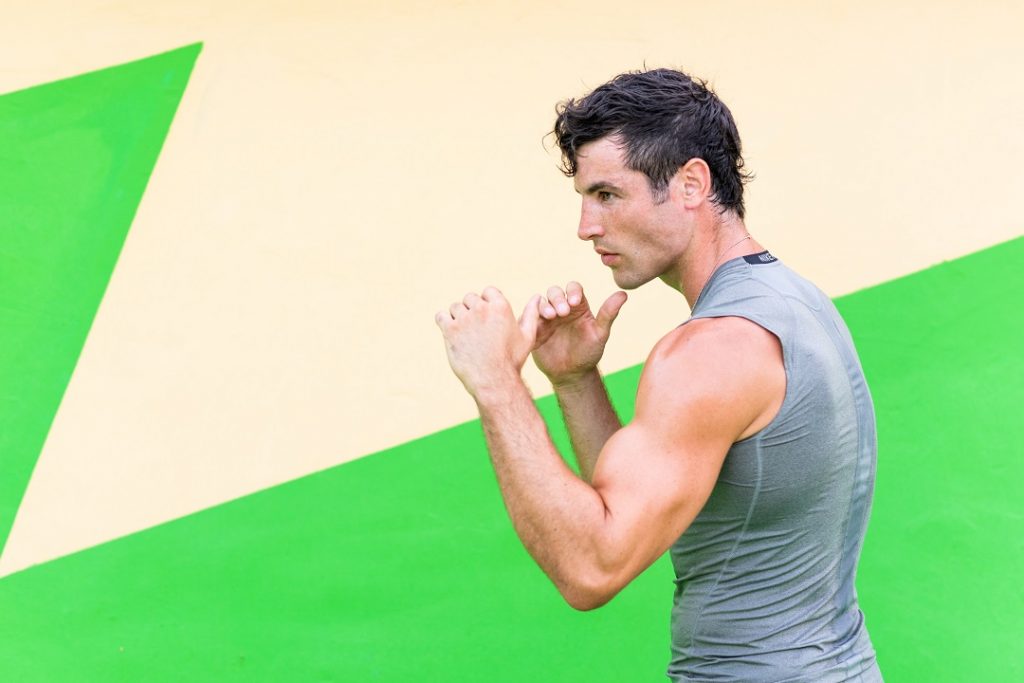 As is likely to happen to any 20-year-old lad spending his first season in Ibiza, Franky – who previously had the bulky physique of a rugby player – lost a lot of weight during the summer, revealing his model-esque bone structure. Around this time, it was Pikes Creative Director Dawn Hindle who spotted his potential when they met at Ibiza Rocks Hotel in 2010 and suggested he try his luck in the modelling world. Putting his faith in the fellow northerner, Franky began his modelling journey and was soon signed by agency behemoth Storm Models. New York, Milan, Sydney, London, Ibiza… Major editorial campaigns and fashion shows – think Vivienne Westwood, Versace, Calvin Klein and you’ll get the drift – were part of daily life, plus annual advertising campaigns for Ibiza Rocks that kept him connected to his beloved white isle. 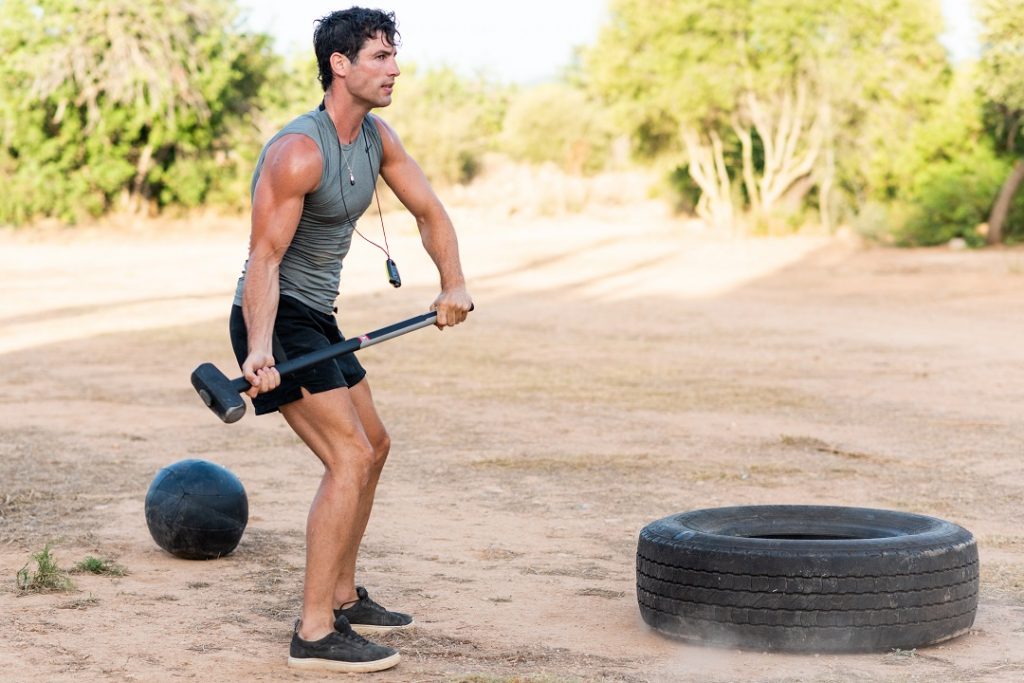 While his rugby career had focused heavily on how he performed physically, his new profession was hinged on aesthetics and as such, Franky continued to train intensely to maintain and perfect his physique, in addition to focusing on nutrition. Over time, through his rigorous training regime, boxing became a new passion and his skills developed to the point where he was thinking about entering the professional arena – but once again, fate got in the way and somehow directed him back to Ibiza. Another injury – this time a broken hand – stopped him in his tracks and at the same time, saw him head back to Ibiza for some soul searching about what to do next. 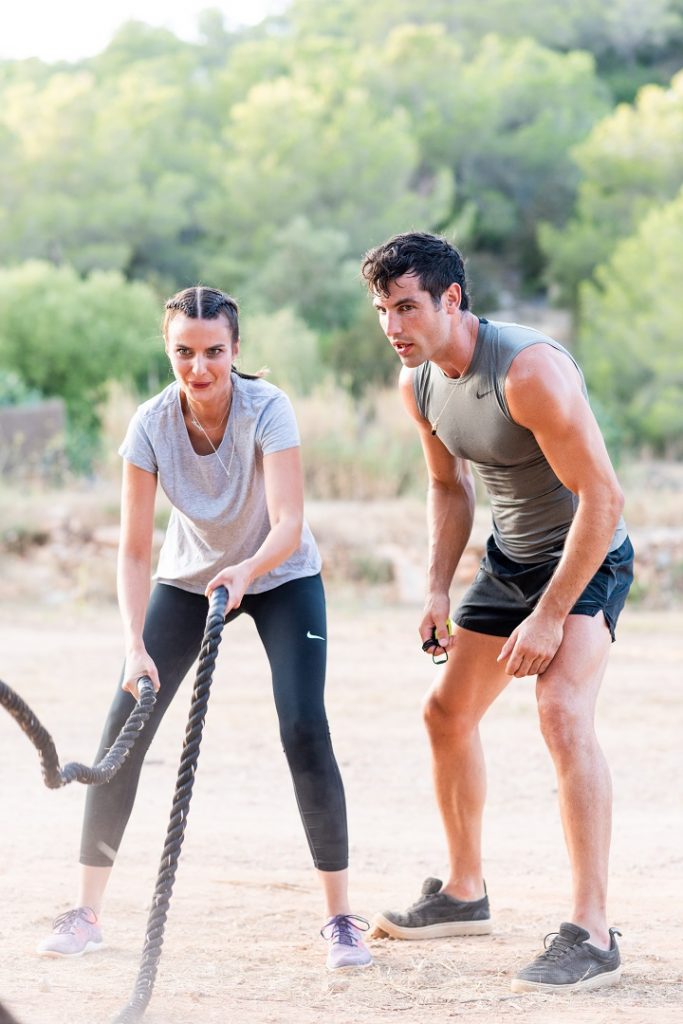 As a former psychology student, the fact his previous two careers had been based on physical attributes was not lost on Franky. Going forward, he knew he wanted something deeper than to be employed based on his physical prowess or good looks – he wanted to take the combined skills and knowledge he’d gained over the years (which includes a personal training qualification and cognitive neuroscience techniques) and use them to help others. Once he stepped foot on island soil again, he realised Ibiza was the perfect place to explore this idea and began developing his own unique style of personal training – combining mind, body and soul – that went above and beyond shedding a few kilos. 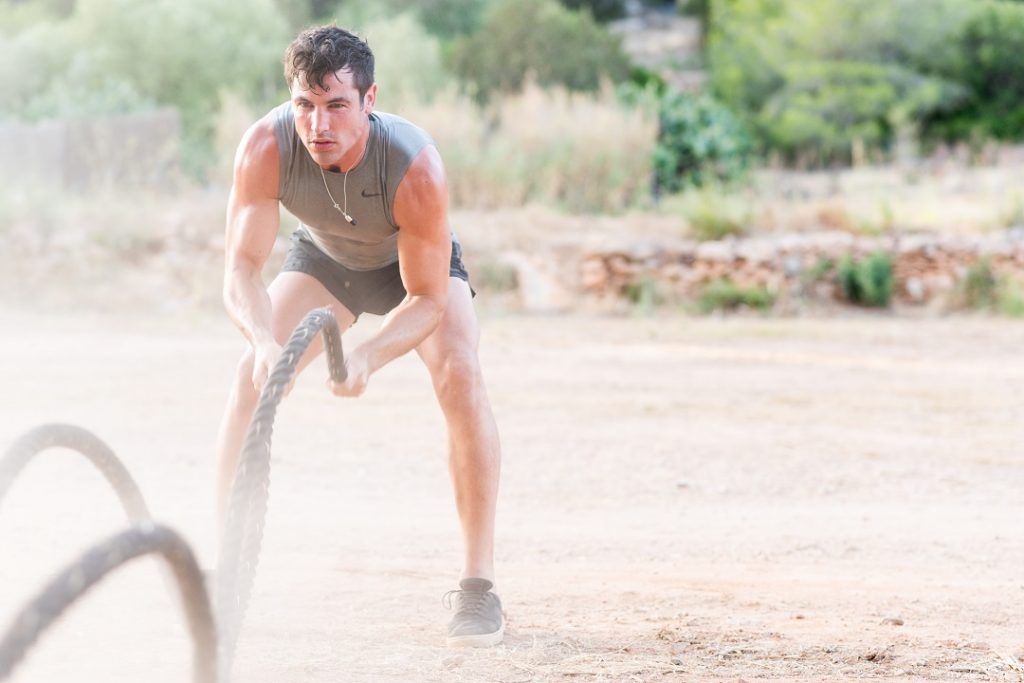 First and foremost, Franky’s desire to help people reach their physical and aesthetic goals comes from the heart. Whereas many other trainers see their clients as either long-term, ongoing projects (and never ending income!) or as short-term success projects (helping them quickly reach goals that are impossible to maintain), his aim is to teach clients the tools to transform their lives and to continue to take care of themselves in the future. With an innate understanding of the mindset that drives people to enlist trainers in addition to knowing how good it feels when you are operating at your optimum, Franky creates bespoke programs for each client based on their needs, goals and lifestyles. 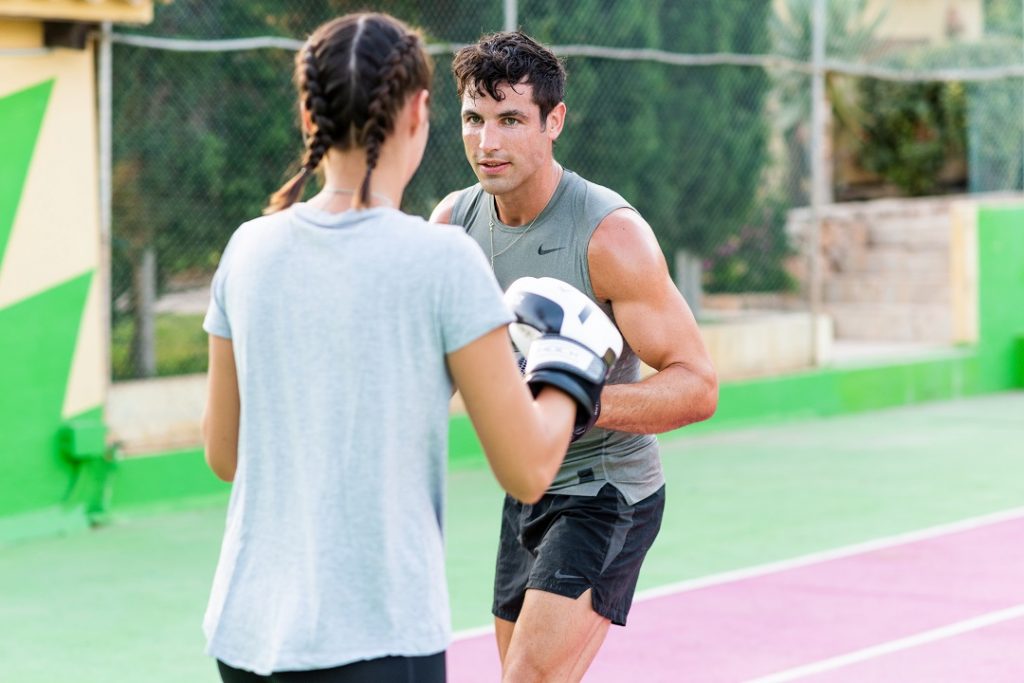 With his long-standing connection to Ibiza Rocks, it was a natural progression for Franky to bring his new profession to Pikes, where he offers private hourly training sessions and personalised bespoke programs for hotel guests, visitors and island guests. Understanding our guests like to fuse their health and happiness with a little hedonism, he offers a non-judgemental, positive environment in which to train at your own level. That being said – he’s not going to let you off easy because you danced until 4am in Freddie’s last night! Sessions with Franky are fun and empowering, and can include all types of workout styles from traditional boxing – incorporating agility, speed and psychological skills – and high intensity training to weights, resistance work and much, much more. 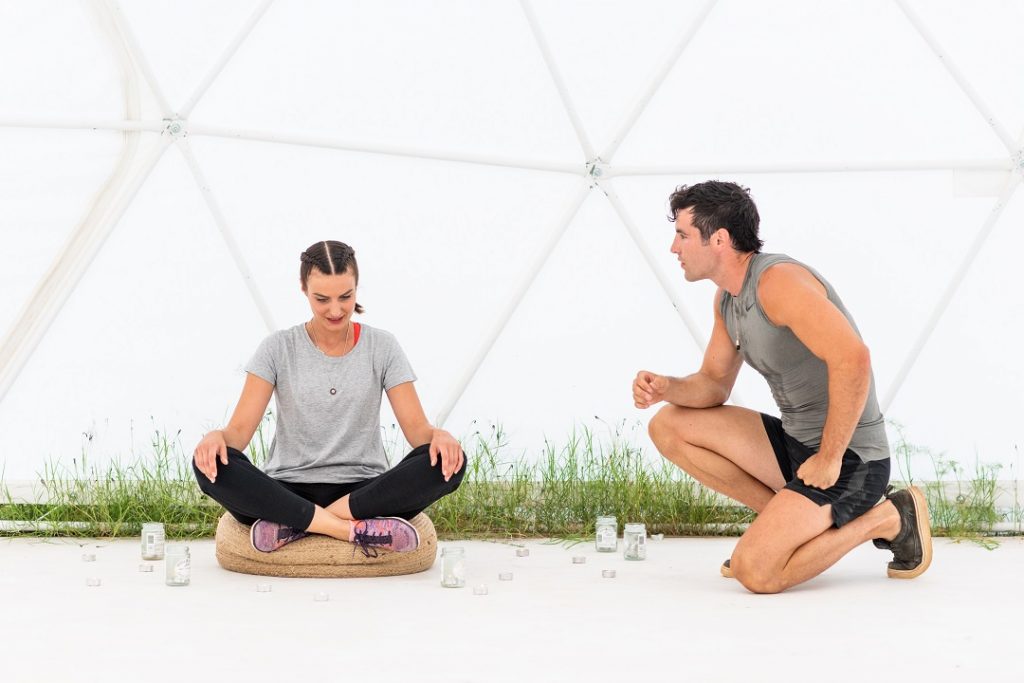 In between sets is where Franky’s psychology training comes into play. Using mind games and cognitive behaviour therapy, he teaches his clients that training is ultimately not about how you look but how you feel. Meditation plays a major role in each session (after all, Franky says relax!), bringing focus and relaxation after the stimulation of the physical workout – and our beautiful Rockovery dome is the perfect setting in which to wind down. Nutritional advice is incorporated into each session to develop the ultimate regime for each client and from here, it’s up to you to put in the hard work. Of course, if you’re on holiday at Pikes, you may not want to skip the Sunday roast or our Curiosity Shop cocktails (you’re only human after all!) but when you return to the ‘real world’, you’ll have the tools and knowledge to stay on the path to achieving your goals.