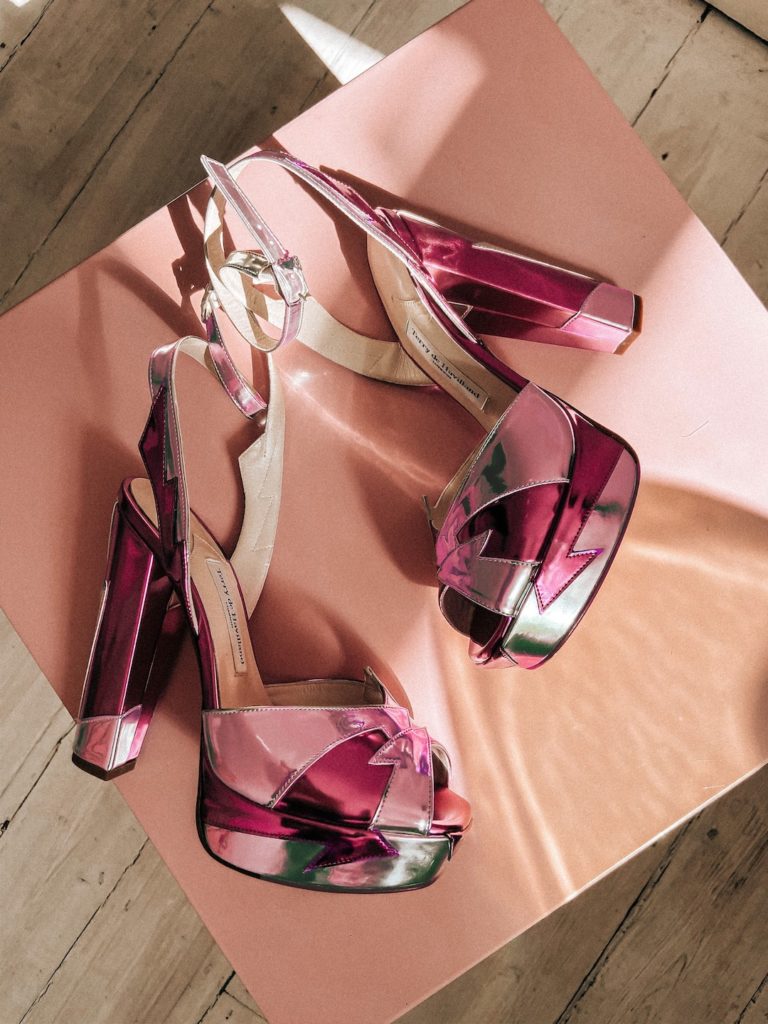 Despite the restrictions around dancing this season, 2020 has given us all the more reason to dress up in our highest heels and our sparkliest outfits for a night out at Pikes. Dinner at Pamelas has become an occasion in itself, and inspired by the flair of our restaurant’s mythical namesake, we’ve teamed up with footwear brand Terry de Havilland to create a limited edition pair of rose gold and Barbie-pink shoes that celebrate the 70s rock and roll era of which we’re so enamoured.

With all the trimmings you’d associate with the late eccentric, avant-garde designer who shot to fame in the late 60s and early 70s – think mega platforms, chunky heels, metallic leather and clashing colour schemes – the Pikes X Terry de Havilland shoes are only available for a limited time from the brand’s website, and are THE perfect toe-tapping accessory for this season’s seated soirees – not to mention the perfect investment for future twirls around the Freddies dancefloor in 2021.

Pre-order now to guarantee you get your hands (or in this case, your feet) on a pair when they’re released on October 16, 2020 – and as a bonus, use the code PIKESXTDH15 when ordering to get a 15% discount off not only the Pikes shoes, but all items on the Terry de Havilland site (valid until the end of 2020).

In homage to Pamela herself, the brand has also designed a one-off pair of exclusive heels for Pamela, which will be displayed (like art!) in the restaurant until the day our fabled heroine returns to don them, Cinderella style, before dancing her way around the venue from dusk, till dawn, and back again…

The shoe brand, Terry de Havilland has been established for over 50 years. Founded by Terry de Havilland himself the brand became famous for their eccentric and fashion forward footwear in the late sixties and seventies. Son of a shoe ‘laster’, shoemaking was described to be in Terry’s ‘psyche’.

In the late sixties following a feature in high end London magazine the footwear was quickly stocked on London’s Kings Road and original designs can be found in design museums around the world. In 2011 Terry de Havilland was given a Lifetime Achievement award by the fashion industry, now nearly 80, he left the business at the start of 2015 and passed away in late 2019.

The business continues to grow and develop its collections with new designs, always with a nod to its classic heritage.