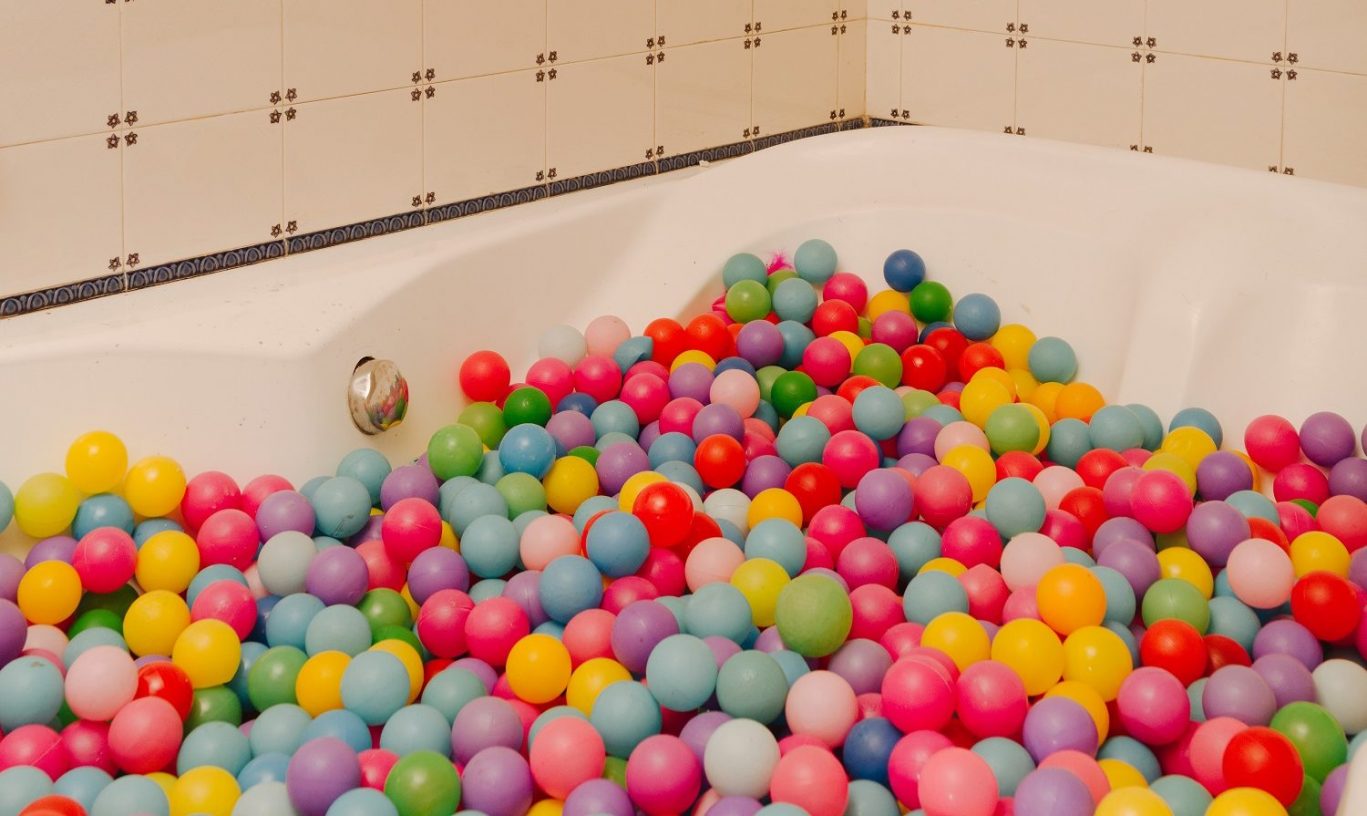 It all began for me in 2011, when I heard that Andy and Dawn had taken over the hotel. Bells started ringing straightaway because of my relationship with them prior to that at Manumission; it meant there was an opportunity there, a window that I could potentially get involved. I felt that the moment was right for me so I approached Dawn and she said, “but what are you going to do!?” She set up a meeting with Mike Bayon who was head of travel back then. I sat down with him and had a lengthy discussion. I explained what I’d done and what I thought I’d like to do and where I saw myself. It all went really well. I went back in London and a month later on the same day that William and Kate got married, I was at a barbecue and my phone rang and it was Mike. He said that they had a position for me but it wasn’t the one that I had hoped for – it was to work on the front desk. I was hardly going to turn it down; I knew it was a foot in the door. I put the phone down and turned to everyone and said “I’M GOING TO IBIZA! Forget Kate and William!”

I came here a few days before opening and stayed in Room 11, which is where George Michael used to stay. I remember my first night was me, Dawn, Lucy and Daniel Pool and a giant bottle of the local hibiscus rosé. Things started falling into place. I remember my first day at work like it was yesterday. For me, to say that I was working at Pikes, especially when at that point it wasn’t really on the map, it gave me a lot of incentive to make it happen. There was a drive and initiative in me that I’d never felt before. I really wanted to make it work. 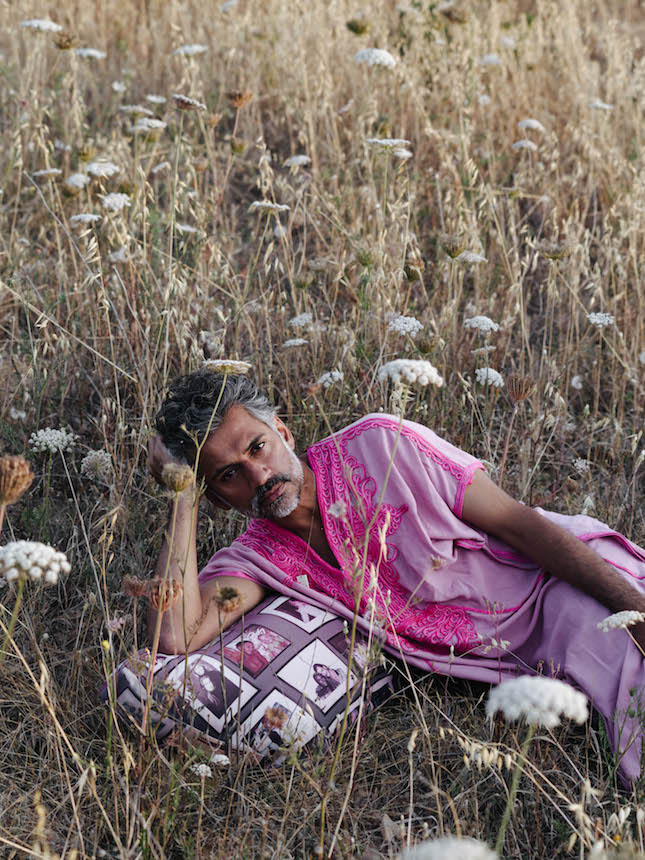 That year was also when we started having after parties from Ibiza Rocks here and the first was Plan B. Freddies was tiny back then, it was literally someone’s bedroom but the atmosphere was electric. Only three or four weeks later there was an issue with the person who was taking care of the events side of things so they were looking for someone to replace them. They came up to me and asked if I’d be interested in being involved. It might not have been my forte but it really gave me a feel for what the potential was for the hotel, and I started evolving in a way I couldn’t imagine in a very short period. I was still on the front desk but my primary role with the events was to get everyone back from Ibiza Rocks for the after show party and create a really nice atmosphere. One of my touches was to go around offering people plates of fruit. Nice and simple. I had these great one to one relationships with the guests because I’d be doing that but I’d also be the person who’d checked them in. One of my favourite guests was Frankie Dettori – what a lovely man. He has no airs or graces. That’s one thing I’ve found about the hotel and something that I feel really strongly
about, which is integral for my involvement here, is how welcoming the place is and also that it levels everybody. 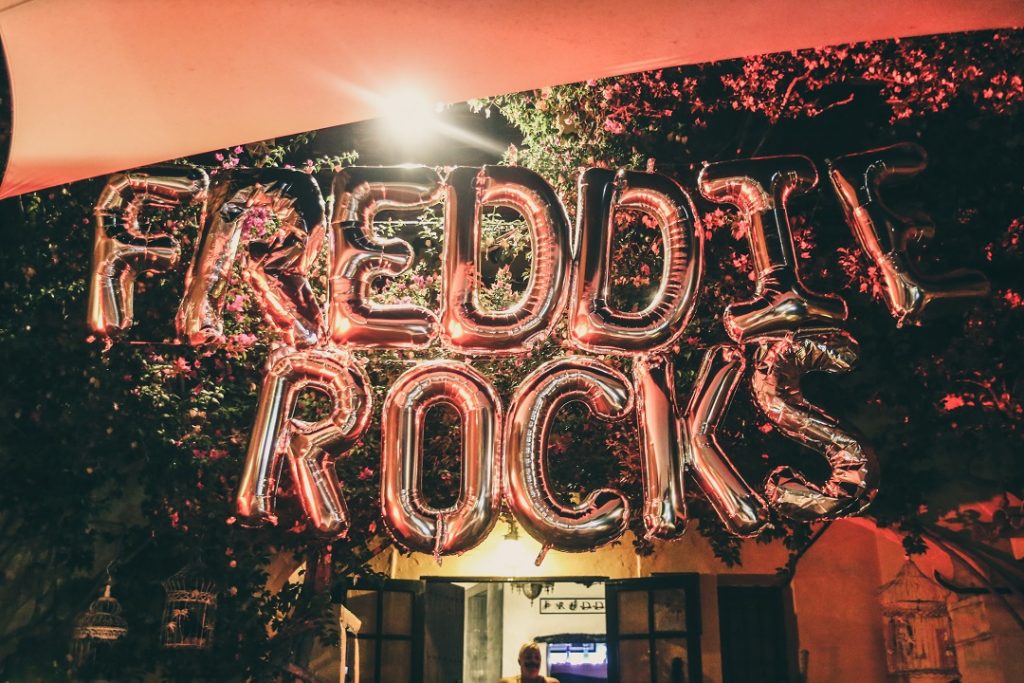 The first event that I knew was going to change everything was the first Freddie Mercury charity event for his birthday in September 2012. It’s always one of the biggest things we do here and is well known globally now. It was fantastic, we didn’t know what we were doing – we opened the floodgates by sending out invites to see what would happen. We were used to doing events for 100 people and that night 300 people rocked up. It was like a mini-rave and that’s when I knew we were on the right path.

In 2012, my job changed. They decided they needed someone a bit more administrative. I mean there are two things I can’t stand – bed sheets and spreadsheets. What I was doing was fine but admin wasn’t my strongest point. So I went on to be a VIP host and guest relations at the hotel. And that was pretty much the position I wanted when I first spoke to Mike – be careful what you wish for! I just wanted to be there and be fabulous and make sure everyone is having a wonderful time! Back then the role wasn’t really there but now it’s integral! My role at the hotel is something I’ve developed over the course of time because I’ve got to know all the guests that are staying there on a one-to-one basis. Because I’d been checking people in I already had an insight into the type of clientele that we had. I can safely say that 60% of the guests that I checked in that first summer I’m now close friends with and still come regularly.

The room where my boudoir is now… well, that used to be a gift shop/boutique, where you could go and you know, buy fancy goods. That winter when it was empty I jokingly said to Dawn, how do you feel if I turn that into my dressing up room? She thought it was a brilliant idea, but then she had to go to the money men and explain it to them, that “Sunny needs that room.” I was like, she’s only fucking done it! 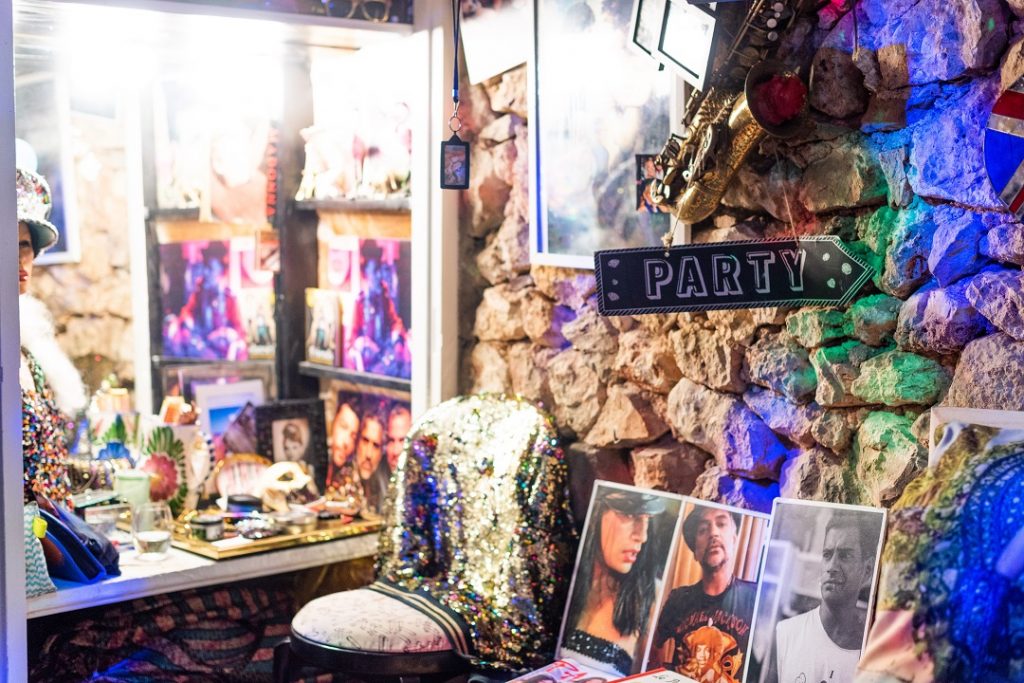 So 2013 was the first year of the boudoir and the first year of Chez Fez – we utilised Chez Fez when Howard Marks did a private dinner for 40 or 50 people. It was just him sitting on a sofa, telling his story and doing a Q&A. So you can already see how we were bringing in these different add-ons; all these different things to really make the hotel re-invent itself, or give it a whole new identity, stuff that wasn’t done there before. I think that year was when we had the photographers. The guy who did all the Woodstock photography came from LA, did an exhibition and a big talk with a massive screen around the pool. Then we had Steve Emberton who shot Sid and Nancy, and we had the guy who shot John Lennon and Yoko in Amsterdam – that was phenomenal.

I was doing karaoke in Chez Fez like in a nightclub; with a stand, and on a stage, and it worked on occasions. But it was a tricky one to sell. It was actually my dream but because I was told to do it, my heart wasn’t in it because – it felt false. It was just an empty gap that they wanted me to fill in. If I’d be allowed the creative freedom, I would have smashed it. Anyway, we did a few of those,
and then, while the season was in full swing, and we were preparing to do the Freddy Mercury night in 2013, Leanne, who was our events manager back then, came up with a genius idea. She said, “Sunny, how do you feel about taking the karaoke into the jacuzzi at Freddies?” Who would have thought? Not in a million years! She just thought, we’ve got an empty bathtub so let’s put some balls in there. So I said, “alright, drop me in that bathtub and I’ll give it a whirl!” 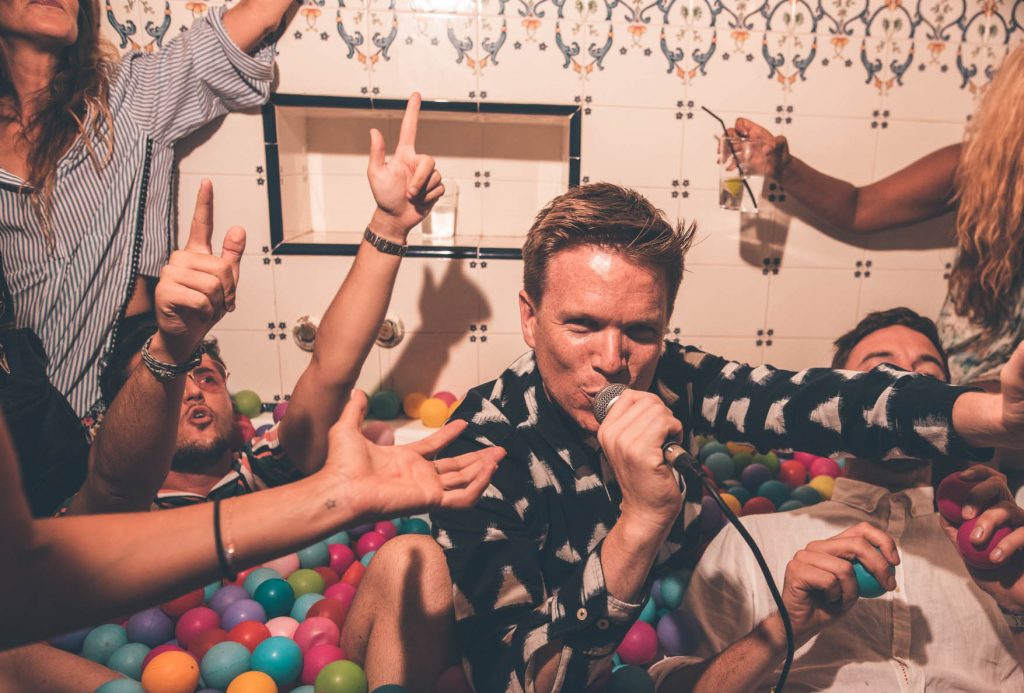 From the first minute I knew we were on to a winner and it actually because we had a few kids at the event while it was still early, like 10pm. There was this one lad who had came dressed as  Freddie Mercury – I mean he was literally ten years old, but he wanted to sing. His parents were there, and I thought well brilliant, OK then. He got in the bath, and when I asked him what he wanted to sing and he goes, “have you got Blurred Lines by Robin Thicke?” I’m like, what? So that was one of the first tracks we did in the bathtub. It was a ten-year-old, dressed as Freddie Mercury, singing Blurred Lines. So that’s how bathtub karaoke started.

2014, for me, was a landmark year, I was with Andy and he told me we were doing something really big – we’d be doing Pikes at Pacha. He showed me the mood board that Dawn had put together.  It was everything you could possibly dream of. And in amongst that, one of the highlights was Sunny’s Karaoke Bathtub. I was like what is this going to be? Are we really going to be doing all this? And that was 20 weeks of parties at Pacha. We nailed it though. When Tony gave me his seal of approval, I knew I was on the right track. 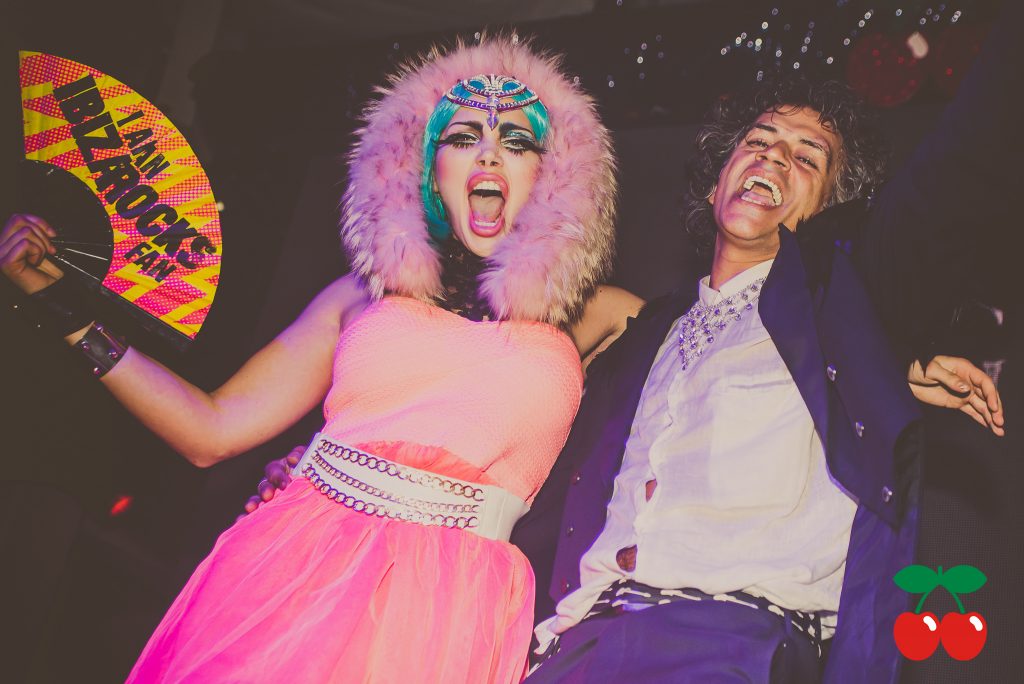 I’ve never been keen on the word hedonistic. From my side, I’ve never felt that was the direction I hoped Pikes would go in and I don’t think it really is. It’s flamboyant, it’s decadent, it’s  sensational. With hedonism there’s no respect; there’s no self-respect. I know coming from me it sounds a little… but I have to be aware of my surroundings. Of course I encourage a little bit of extravagance and excess, but with style, with panache. And because Pikes is such an intimate space, I think everyone needs to really respect each other. I prefer to use the word escapism.

I’m really clear about what’s required of me, and I’m going to experiment with what I’m doing at Pikes this year. I’m going to start looking at how I can branch out into doing something, which not everyone’s familiar with. I mean I have tried magic in the past… but it didn’t work. I got a box of tricks to make napkins disappear. I read the introduction and that was as far as I got. 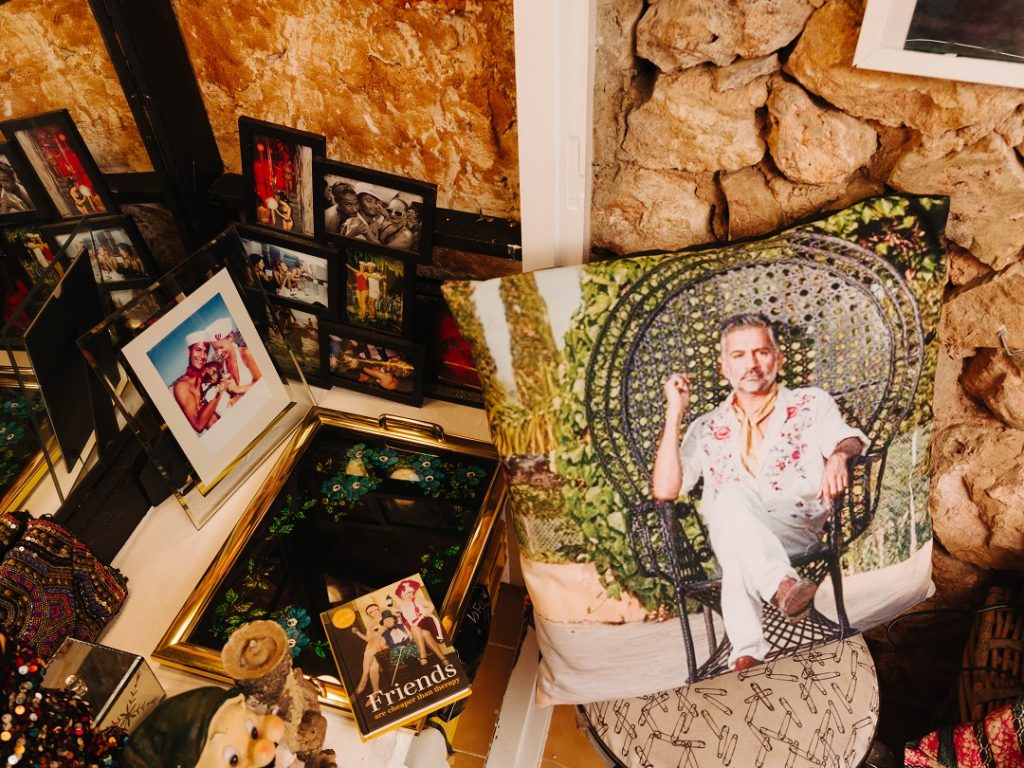 I know there are moments at Pikes that are electric. When the components that make an evening all come together and people go away with an experience that they’ll never forget, that’s when we’ve finally hit the nail on the head. People want to escape from their lives and I’m there to provide that. I’m there to bring people out of their shells. That’s how we’ll really take Pikes into the new Millennium.

And I’m going to end on that. 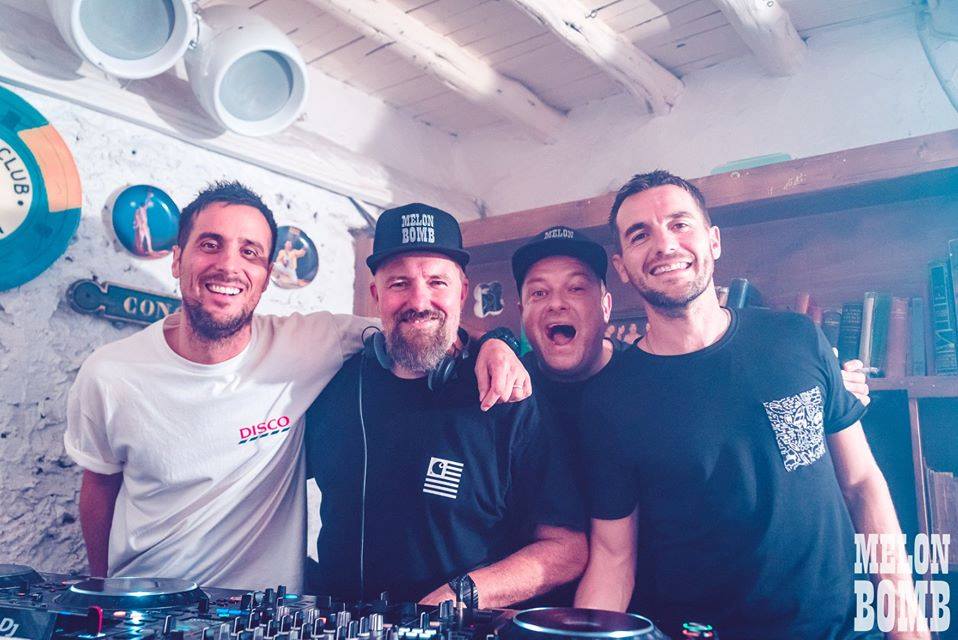 The Pikes Playlist with Melon Bomb

The Melon Bomb Pikes Playlist is an assemblage of sweet soulful summer sounds, designed to invoke the incomparable feeling of being poolside at Pikes. 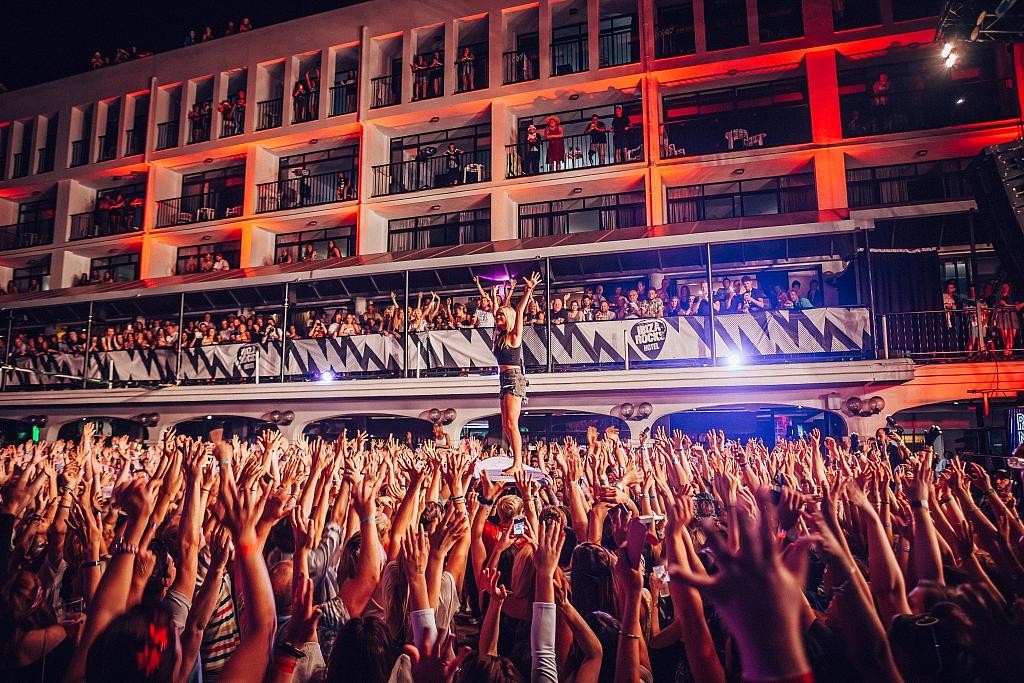 by The Pikes Magazine

We love Laura Whitmore – to us her original love island was right here in Ibiza. 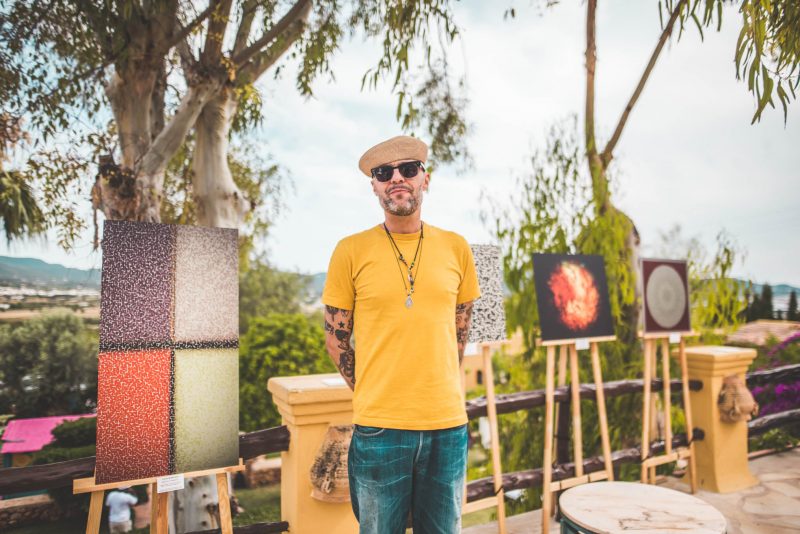 From Justin Robertson, With Love!

Our wonderful friend and Saturday night resident, Justin Robertson recalls one of his favourite stories at Pikes, an evening of perfection.