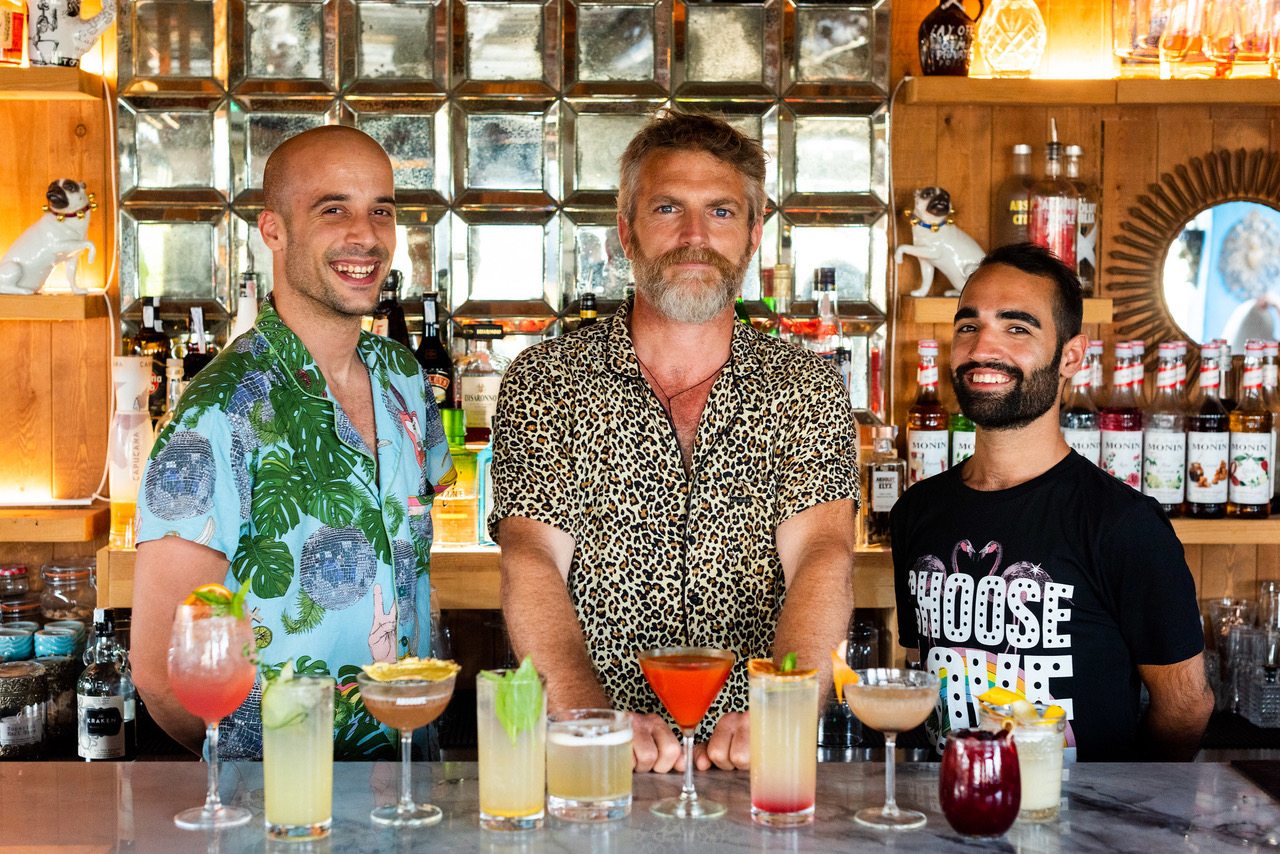 Three is a magic number, or so the old song goes anyway. The past, the present and the future; faith, hope and charity; the heart, the body and the brain – the ancient mystic trinity is always at work somewhere and summer 2019 has delivered a very unusual threesome (minds out of the #glitterbogs please) to our beloved cocktail bar, The Curiosity Shop at Room 39. You see, this season, we’ve been blessed with not one, not two, but (yep, you guessed it), three talented bartenders to make mixology magic behind the bar, and they all just happen to be called Steve. Well, a variation of the name Steve anyway.

How many Steves does it take to change a lightbulb? We have no idea, but when it comes to making cocktails here at Pikes, you can pick a Steve, any Steve, and we can guarantee you’ll get the late night libations you’ve been dreaming of. Leading the pack (what is the term for a collective of Steves, anyway? Answers on a postcard please) is our long-term F&B Manager, Stephen Hughes – the OG Steve round here. This summer, he’s enlisted the help of Stefano, who hails from the north of Italy but has worked in high-end cocktail bars and speakeasies all over the world, and Barcelona-born Estefan, whose decade of experience creating drinks in both the fast-paced club world and luxury hotels of mainland Spain has prepped him perfectly for the wonderful world of Pikes. 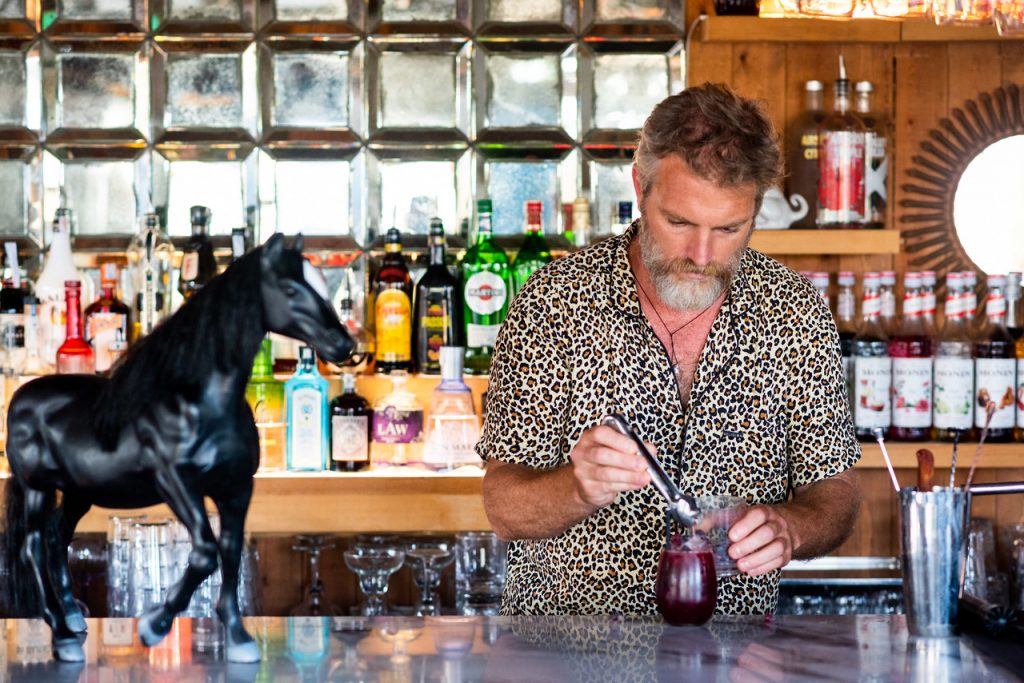 After the success of The Curiosity Shop’s launch in 2018, we wanted to expand on the concept in the new year and over the winter. Steve spent many a late night refining and revising the existing cocktail list – we’re sure all those bottles of booze imbibed ‘in the name of research’ were a constant source of inspiration. Jokes aside, Steve has been on a lifelong quest for the ‘perfect serve’ – something that began when he was a 18 year old polishing glasses at a local pub in Rugby. A savvy truck driver at the bar shared an astute observation (“You should never touch the top of the glass – that’s where I drink from.”) and it was like a lightbulb had switched on in young Steve’s head. “I realised there is an optimal way to work – no matter what part of the job you’re doing – and that a team should all be working together to attain this,” he says. “From glass care to ice care, garnish, quality of ingredients, the character of a place and the personality of the bartender – there’s so much more to a cocktail than just the liquid.”

Steve’s ongoing investigation into the world of bars took him from the pub in his hometown of Rugby to the cocktail bars of London and New York before he found his home in Ibiza in 1999, working in some of the island’s most iconic venues until he was approached to work at Pikes when the Ibiza Rocks group first took over. Having cut his teeth at the time when a bartender was required not only to know how to make every type of martini perfectly – sweet, dry, dirty, wet, shaken, stirred – but to also know their customer’s unique preferences (for example, Mr Bond likes his martini medium dry with lemon peel, shaken, not stirred), Steve’s cocktail prowess lies the tools and techniques he has picked up over the years, plus his insider’s understanding of our location. While he’s not working behind the bar on a nightly basis – that’s where you’ll Stefano and Estefan come in – his experience, knowledge and vision been pivotal in shaping our new cocktail list. 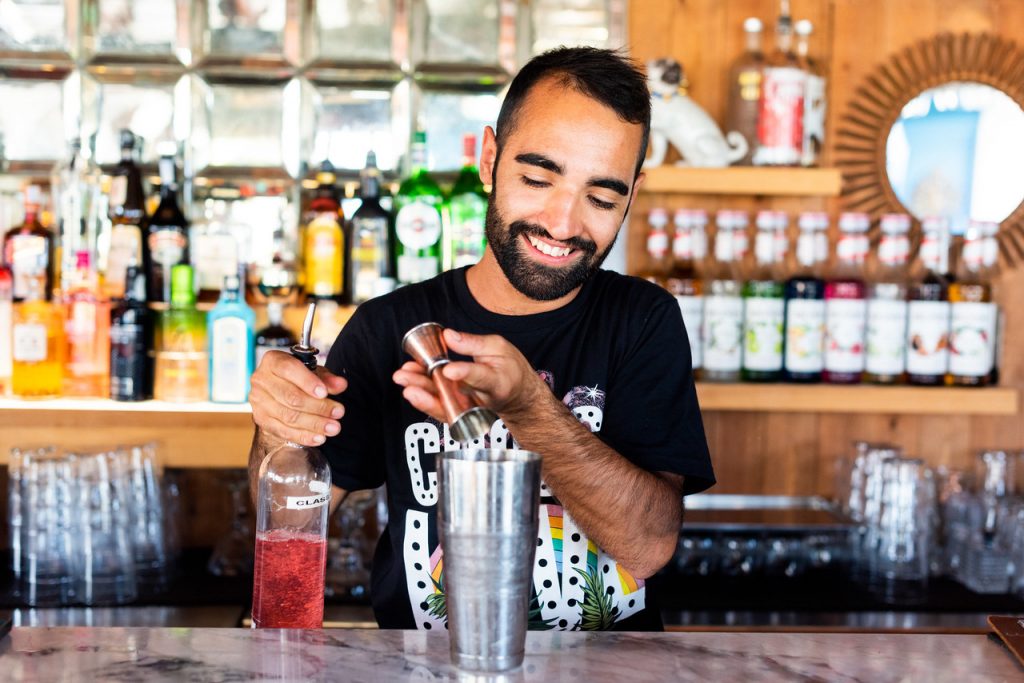 Just like last year, all of our cocktails have been named after one of the ‘curios’ found within The Curiosity Shop – and with the eclectic haul of décor that was sourced by our creative director Dawn Hindle in the off-season, the three Steves had no shortage of inspiration when devising the upgraded menu. From the ‘Class of 39’ – inspired by a pre-war photo of a graduating technical college in Poland in 1939 that brings the fresh botanical flavours of BULLDOG Gin together with passionfruit and No.1 Basil Soda Water – to the Mai Tai influenced ‘I Beaver’ (a combined homage to our newest taxidermy friend and our island home) and the unexpected blend of mezcal, lemon juice, popcorn syrup and chocolate bitters in ‘On The Run’ (named after our prison escapee mug shots), there are so many new concoctions choose from, you may have to make a night of it.

‘The Home of the Adulteress’ – named for the much-Instagrammed sign that says ‘The woman who sleeps with your husband lives here’ – is Steve’s personal favourite cocktail. A fiery tequila-based drink made with homemade red pepper syrup, cardamom, chilli and lime juice, it’s definitely got some kick. Stefano prefers the ‘Finger on the Trigger’ (named after our photo of the gun-toting child cowboy) for its Mediterranean flavours of thyme and rosemary fused with BULLDOG Gin, apple juice, elderflower liqueur and cucumber, while Estefan names the oil painting inspired Prima Ballerina – a full-bodied mix of Absolut Apple, fresh lime, mint, peach syrup and No.1 Mint Soda Water – as his tipple of choice. 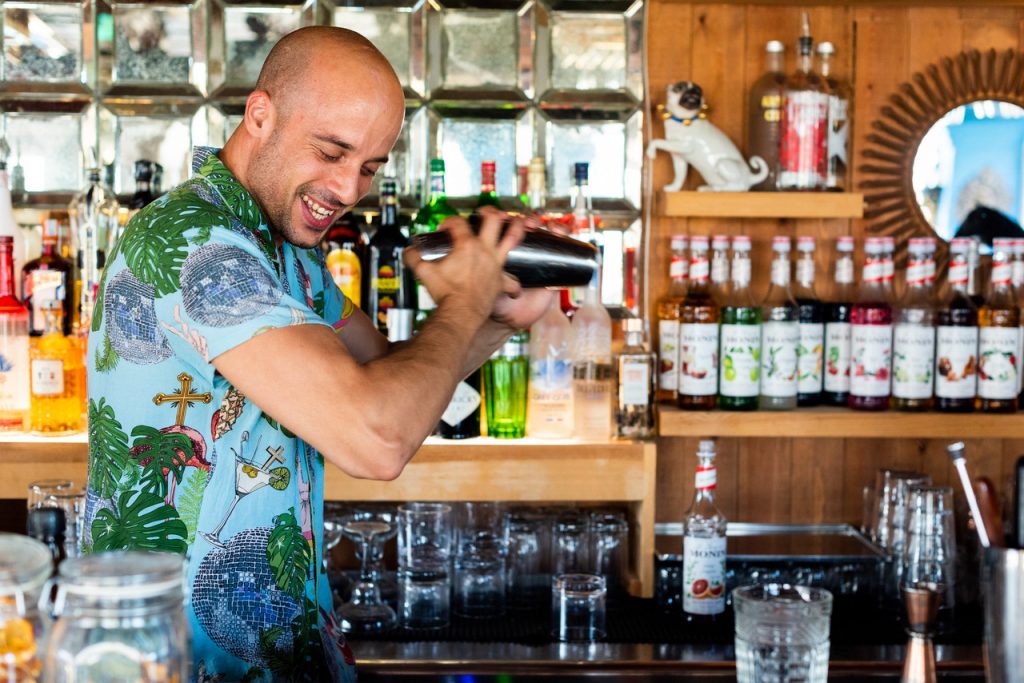 Interestingly, outside of Pikes, all three Steves are whiskey drinkers – perhaps an occupational hazard that comes with being such passionate purveyors of their craft. When you spend so much time, and put so much passion into creating drinks that are as creative and flavoursome as a dish made by a Michelin-awarded chef, it can be disappointing to sample drinks made by others who see bar tending simply as a job, rather than an art. “Cocktails are like food,” Steve explains. “Every person has a type of drink they like – as a bartender, you have to remember you’re not making drinks for yourself. It may not be your taste, but you’ve got to strive to get it right, and understand the nuances of every flavour. When we were revising the cocktail menu, we put together a list of drinks that covers every style of drink: short, long, strong, fruity. Not every drink will please every person so your challenge is to match the right drink for the right person.”

Both Stefano and Estefan say this challenge is their favourite part of the job. “I love establishing a connection with a customer and trying to figure out the drink they will enjoy the most,” says Stefano, who also enjoys the creativity the role allows him. For Stefano, it’s about the trust between client and cocktail maker. “I love being able to find out what kind of flavours someone likes and then when they agree to trust me, I have the freedom to create something I know they’ll love for sure.” Steve loves seeing our two new mixologists flourish every night in The Curiosity Shop. “I was looking for people who were passionate for drinks, and these guys both fit the bill,” he explains. “We’re serving world-class food and now our cocktails are on the same level.” 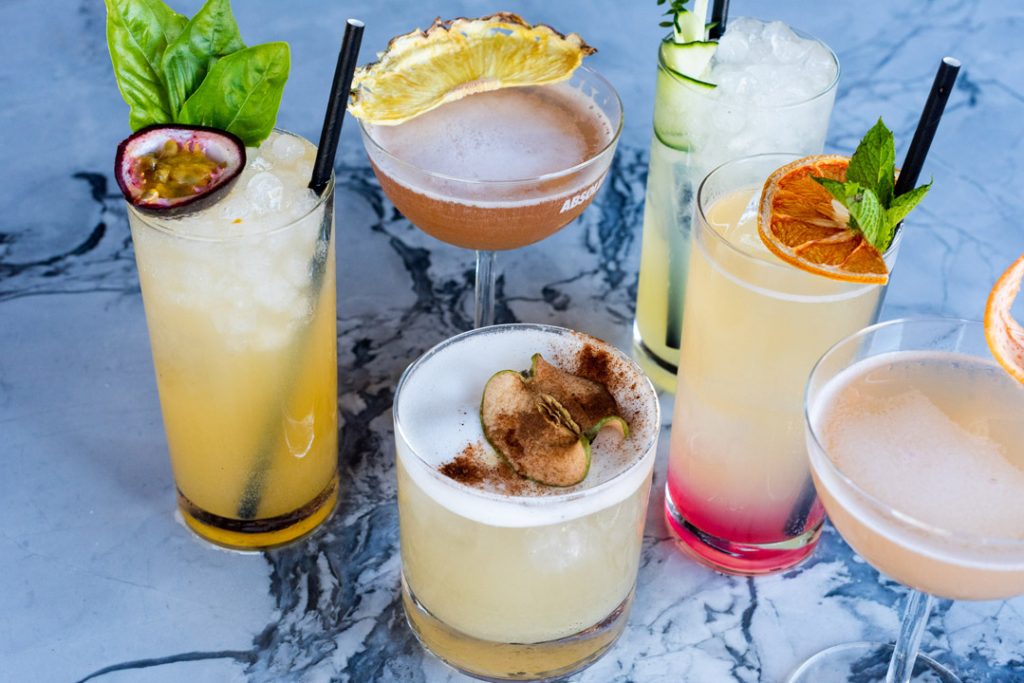 We’ve always considered Pikes to be the sum of its parts, and when it comes to our cocktail culture, it’s no different. The three Steves may be the ‘faces’ of The Curiosity Shop, however the overall experience is a cooperative. “What gives Pikes the magic is the people,” says Steve. “There’s not just one person who’s responsible. It’s the past, the present, the customers, the environment, the experience – if you’re in the right place with all the right components, something can taste better.” Even more so when you’re matching the name of your cocktail to an object found somewhere within the bar – did we mention we also have drinks called ‘Crystal Dildo’, ‘Dark Horse’, ‘Redemption Exception’ and ‘Old Man’s Poison’?

“I don’t think there’s a mystery to mixology,” Steve concludes. “I think it’s about knowledge and investigation and repetition – it’s a cycle. What goes around comes around. All bartenders are handed down the tools and techniques of their predecessors. Of course, there are new and innovative drinks but the philosophy behind so many of them is inherited. I think the best cocktails are the classics, and in most modern cocktail lists you can see what has inspired them, like a side car or an old fashioned. We’re all working with the same ingredients and same tools – it’s all about forward thinking and how you tell a story with them.” Spoiler alert: if you’re taking part in our story, we can safely say you’ll live happily ever after…

The iconic and multi-award-winning BULLDOG Gin uses 100% British wheat to create a smooth, eminently mixable gin with multiple layers of flavour. Its 12 botanicals include White Poppy from Turkey, along with Dragon Eye and Lotus Leaf from China; adding a layer of distinction to its refreshing citrus notes.

Here at Pikes it’s our Gin of choice so when ordering at our bars, you’ll be sipping on BULLDOG Gin as standard.