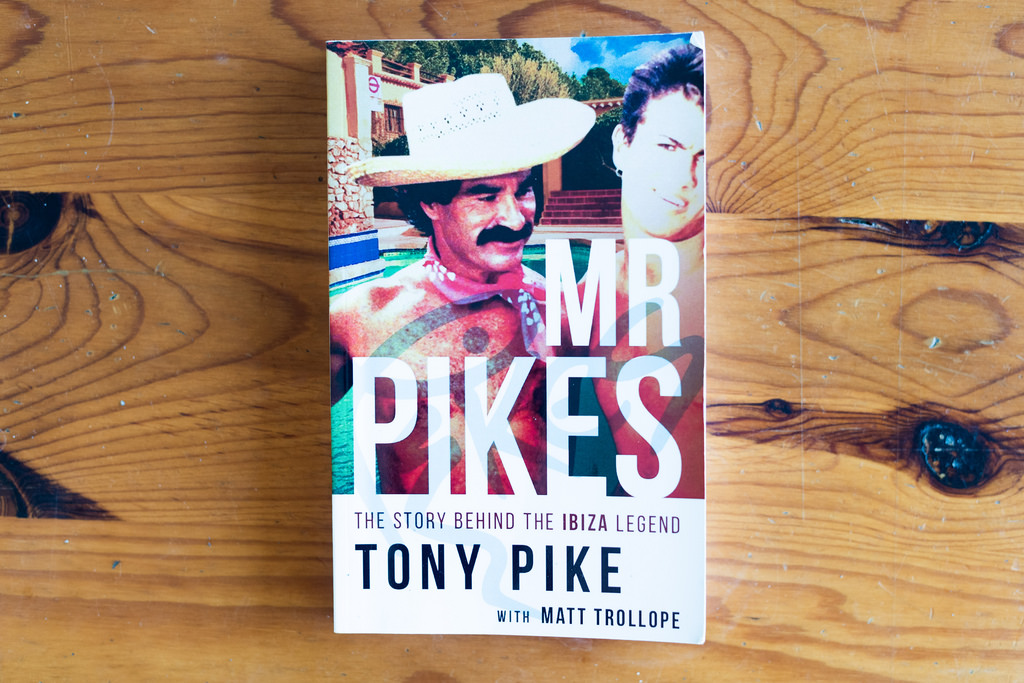 All of the rooms here have a special place in my heart. My favourite room is Number 19 – the Terrace Suite. I built it for me to live in and I liked it because of the view. Whenever I built a room for myself some guests would see it and want to rent it. So I’d charge them double money, move my stuff out and build another room. The sexiest room was, as you’d imagine, the Sex Room, which is now the karaoke bathroom. The bit out the back of the Potting Shed used to be a toilet, which might be why that tree grows so well.

The room with the question mark painted on it is the Douna Suite, named after my wife. When I built it she told me she didn’t want it painted the same colour as the rest of the hotel. “I want it bright purple.” she said. I told her that I didn’t have any permissions and if I did paint it that it would stick out like dogs balls and would have the authorities up here the next day. She insisted on it being purple.

So I painted the fucking thing purple and lilac. It stayed like that for a year and then she let me paint it the same colour as the rest of the hotel. You can still see the purple paint there today.

Everyone always refers to the Bungalow Suite as the Julio Suite, which my son Bradley helped build. When Freddie Mercury stayed at the hotel I put him in there and he called me up…

“Why’s this called the Julio Suite?” he asked. “Well Freddie, it’s named after a famous international singer,” I told him. “If you keep singing, I’m not promising anything, but maybe I’ll name a toolshed after you…” He called me a bastard.

I was doing some painting one day and a stunning English woman walked up to reception. She was gorgeous so I went down to introduce myself. She was Koo Stark and she said the hotel was exactly what she was looking for as the paparazzi were on her tail because of those Prince Andrew stories. I took her to Room 11 and went to the bar to get a bucket of ice and champagne… As I was heading back, a Rolls Royce came to a stop just outside and two guys in sharp black suits, white shirts and black ties got out. They said they’d been instructed to check the place out by their boss and they liked what they saw. They wouldn’t divulge who their boss was but they wanted to take eight rooms for three weeks, gave me $3000 cash as a deposit and said he’d be flying in the next day.

That weekend Pikes was in a Sunday Express story saying there was cocaine on the breakfast menu. The police chief hated me and made me go down to his office Monday morning where I had to explain to him that it was a load of rubbish but he still said that he was going to keep his eye on me. That was a bad start to the week, but then this mysterious boss arrived and it was Julio Iglesias. 18

There’s nothing cliquier than the music business and doing the Club Tropicana video for Wham! bought me into that world. Artists like Five Star and Boy George came to stay, and Spandau Ballet came here as kids when they were signed to Chrysalis Records. The record company took the rooms in my hotel and put the guys in a place up the hill somewhere. The band came down and saw us all sitting around the pool having drinks and weren’t too happy about it; their place was a building site. Tony Hadley and the rest demanded the record company swap with them. They didn’t. After a few days the Head of Chrysalis records bought my car off me.

When Joan Baez was here she sang some impromptu songs during dinner in the courtyard and led me, plus 50 or 60 diners, down to the pool where we danced until the sun came up. It was one of my favourite ever nights at Pikes. She said it was because the place was so magical; I told her it was her voice that had entranced everyone.

I remember a long time ago, the band Yes were staying here. I came back from the clubs at about 4am and they were all sitting around smoking dope. There was a bit of an electrical storm that night and when I said hello they all told me to be quiet because a spaceship was going to land. They’d been watching it for hours and didn’t know if there was intelligent life was on board.