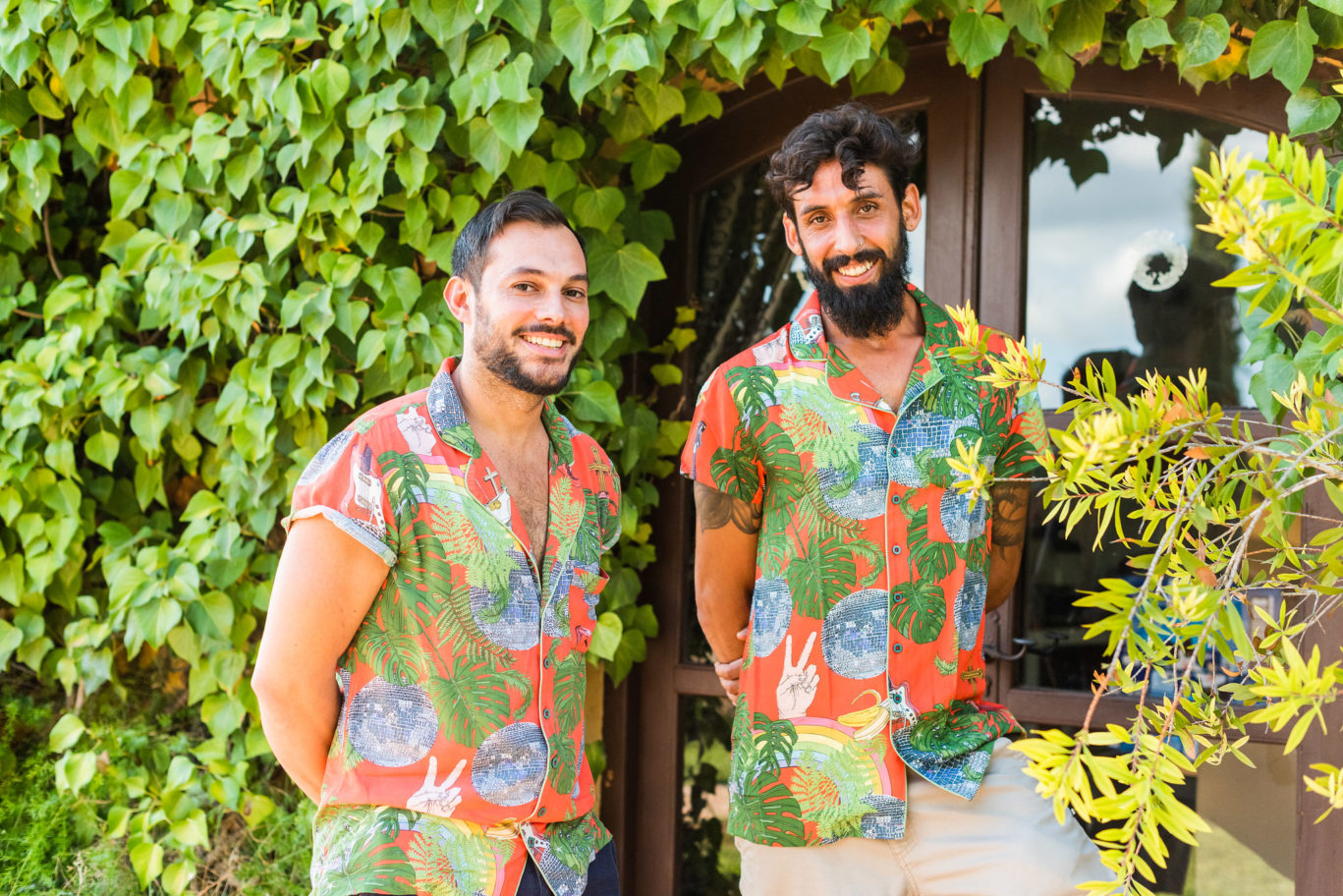 Meet the soldiers on the Pikes frontline

When you think of Pikes, fun and frivolity are most likely at the forefront of your mind, and that’s just the way we like it. But behind the scenes on an operation like this one, there has to be some kind of discipline to ensure things run with military-like precision – for every dash of whimsy, there needs to be someone dotting the i’s and crossing the t’s, and for every night spent singing in the karaoke bathtub, there’s got to be a day spent working on spreadsheets. Day after day, night after night, there are two people on the Pikes frontline dedicated to keeping our chaos organised: duty managers Pablo and Jota. These men are our soldiers; Pikes is their battlefield, and as October creeps stealthily up on the horizon, their 2019 tour of duty is reaching its victory lap.

Daytimes at Pikes are Pablo’s domain, from making sure the pool area is perfectly set up before our first guests come down to breakfast and ensuring all the bars are stocked, to managing a staff roster and liaising between his 11 highly-trained troops and our devil-may-care customers, and so much more. He’s like the special ops captain of our daytime platoon. After dark, Jota and his 14-strong battalion march into their own version of the nine to five lifestyle (that’s 9pm to 5am in case you didn’t clock it), with their valiant leader drawing on his studies in food and beverage and his extensive hospitality experience in London to ensure his night time mission run smoothly. If there were medals for bravery, gallantry, valour and merit, their bright pink Silken Favours uniform shirts would be weighed down with copious medallions by now. Pablo and Jota – we salute you! 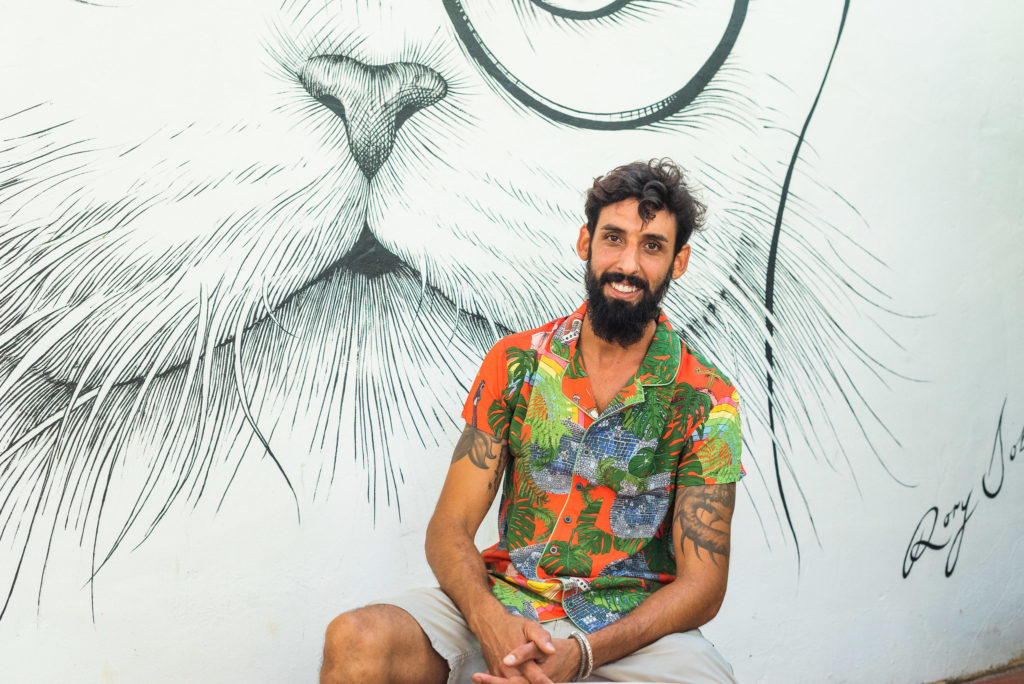 Hailing from Argentina, Pablo grew up feeling as if he’d been born in the wrong place and felt the call to leave his homeland at an early age. He came to Ibiza when he was 21 years old and instantly found his feet. From working in kitchens to waiting tables, he put himself to work doing whatever jobs he could find while living it up, Ibiza style, at the same time. “I experienced it all,” he recalls with the wise air of someone twice his current age of 32. “I went to every single club, every single party, every single villa. I did it all before – I don’t want to do it now. It’s not because I’m older, it’s just because I know what it’s like and I don’t want that for myself anymore. Maybe that’s just what happens when you live in Ibiza this long.” Perhaps it’s this almost zen-like sense of been there, done that (with absolutely zero judgement for anyone else who hasn’t) that makes him the perfect candidate for his role at Pikes.

Pablo first walked through our hallowed gates in 2012, when he’d found himself a job on our maintenance crew. “My English was terrible,” he says, now as fluent as a natural born Brit. “So, they gave me a chance to start out in that role. After a few more months, I think they saw something in me and decided to give me a chance.” A couple of years working as a barman followed, before the opportunity to become bar manager arose. Pablo then spent five years at the helm of the evening battleship, before passing the reins to Jota in 2018, and moving into the world of broad daylight. “My life feels very different now,” he says contemplatively, perhaps even a little victoriously. “Now I can go to the beach when I finish work at 5pm!” 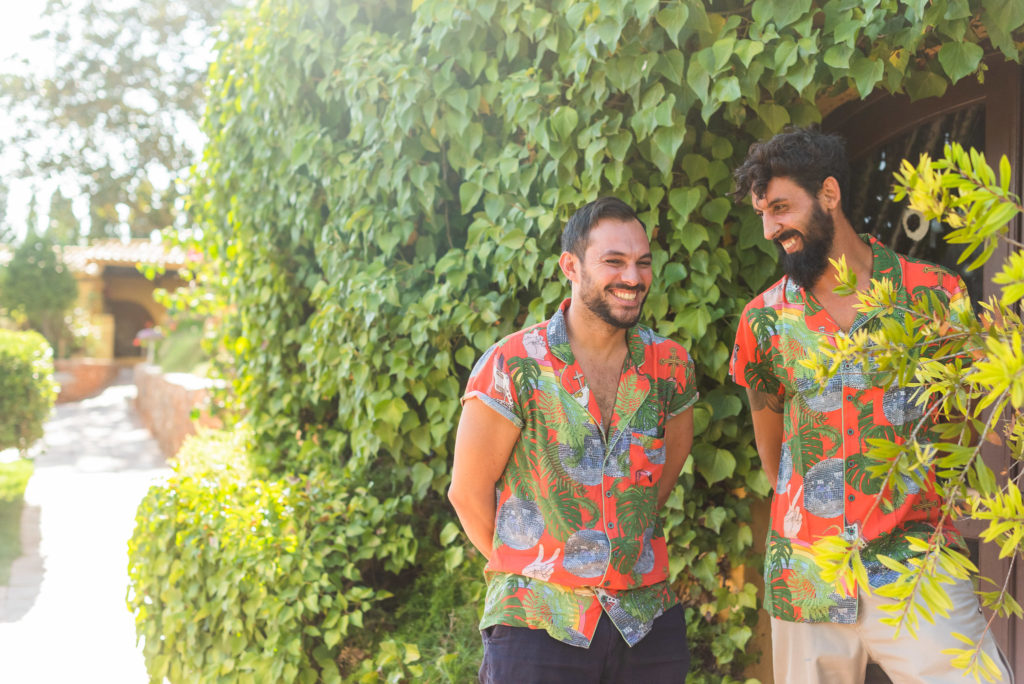 His smiling, friendly face is one of the first to greet our guests at the pool bar each day, and Pablo admits to loving those last few moments of early morning tranquillity, as the sun is just rising over the hills, the pool is set up, but silence lingers in the air before the daily guest brigade storms the hotel. After that, it’s all guns blazing for the rest of the day – jumping in and helping anywhere and everywhere he’s needed. This is one of the qualities Jota first admired most in his former boss when they began working together. “Pablo is a true leader,” he shares. “Even though he’s a manager – who could always avoid any jobs or things he didn’t like to do – he never did. He leads by example, and people naturally follow him.”

Pablo shrugs, always humble. “I try to always show people what I did to get to where I am now,” he says. “If I can do it, you can do it – just keep doing your job well and you could be doing my job next year!” Jota is the perfect case in point. Once a bartender under Pablo’s management, when the opportunity to become night duty manager came up in 2018, he stormed into the position as if he were born to do it. “I love this industry,” he says. “Sometimes people are surprised that I ‘still’ work in hospitality at my age, but it’s a career choice. Not everyone can work in a bar, not everyone can work in an office, and not everyone can come to Ibiza and work at Pikes!” Indeed, this is true – without courageous commanders like Jota and the Pablo on our side, we’d be susceptible to rebellion, insurrection and all kinds of casualties. When it comes to the Pikes armoury, these guys are really our secret weapons. 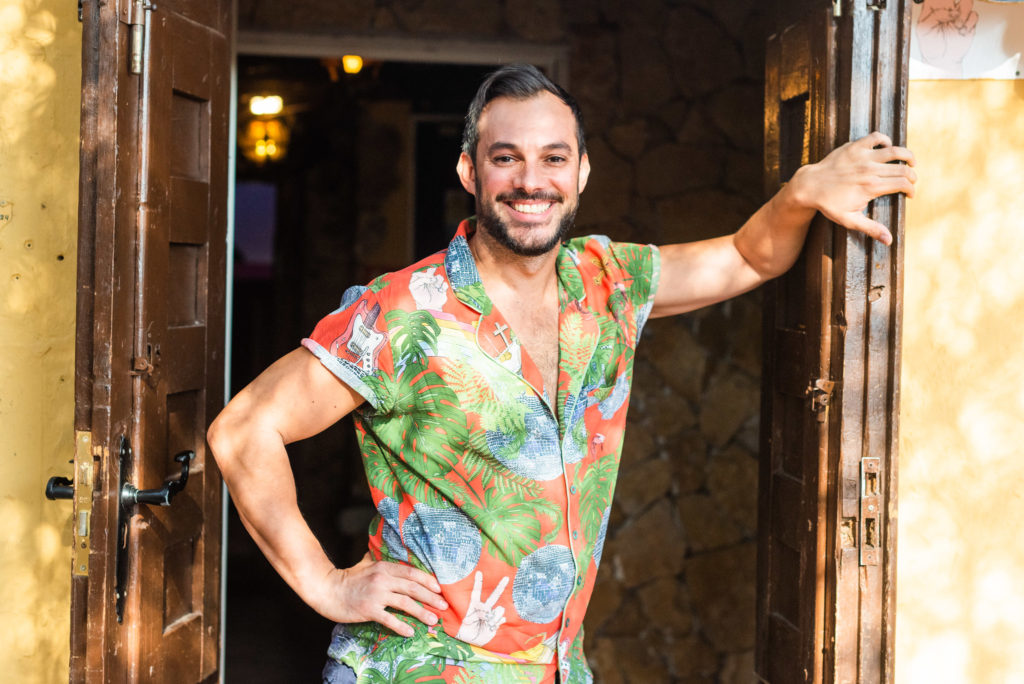 Describing his hometown as “the middle of nowhere” in the south of Spain, Jota had spent many a languid summer holiday in Ibiza over the course of his life. After living in London for five years, where he thrived off the fast pace and pressure of big city life, while working as bar manager at the legendary Groucho Club, he reached a point where he needed a sea change. After returning to Ibiza to take part in our Groucho Club pop-up event in 2016, he met our F&B manager Steve and the rest of the Pikes team, and the wheels started turning in his head – perhaps it was time to infiltrate the island. “The pop-up was my first time in Pikes,” he remembers. “It was very much like Groucho – the vibe, the people, the environment, the craziness, except it was all under the sun in August! It was amazing. When I was ready to leave London I thought, I’ll go to Ibiza for six months… and I’m still here.”

Jota admits that he spent most of his first season in Ibiza – like most rookies do – chasing fun, with little thoughts as to advancing his career, but when the opportunity came up to return to Pikes the following year and take on more responsibility as a duty manager, his underlying ambition rose to the fore. That first year felt like a reconnaissance mission, something that had led him stealthily to his true mission. “It is a challenge,” he says. “I like having responsibility. I like managing people. That’s unusual for Ibiza – people aren’t always professional here, they’re coming for a fun summer, like I did that first year, and their jobs come second to that. But as duty managers, we had the chance to bring in our own teams, choose people who were responsible, and who would understand their place within the company. In a place like Pikes, it’s really important to know you can’t compare yourself to the customers or the owners. Everyone has their own role to play.” 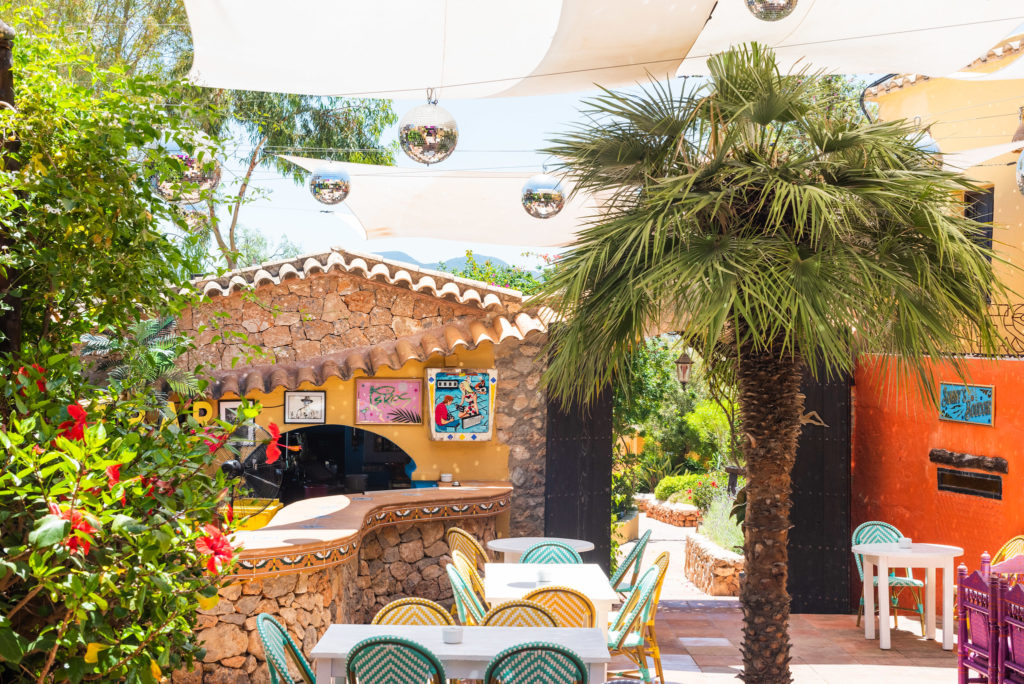 Of course, this being Ibiza, and his shift being the witching hour means Jota needs to enlist and deploy allies who can detect that delicate balance between inciting a good time and getting involved in the good times. “I’m an exception here. I love the vibe of the nights, but I don’t party, I don’t drink,” he confesses – almost as if that’s a deep, dark secret here at Pikes where the culture of hedonism is so celebrated. “For some of the people who work here, connecting with customers is part of their job and I understand that, but for me – everything happens so fast and I have to be ready for anything at any time.” A clear head is essential in the heat of high (pardon the pun) summer – in a sense, this pragmatism and stoicism in the face of our nightly battle is what makes Jota a hero. We may present a united front of fun, but it’s good to know we’ve got a grown-up in our midst too who can keep the peace, intercept any issues and steer the ship to success every night.

The nature of their roles mean Pablo and Jota rarely see one another, but they stay in constant comms, keeping each other abreast of what’s been happening in the wonderful world of Pikes while the other was sleeping. Each has much respect for his counterpart and interestingly, both think the other has a more challenging command. Pablo sees the “crazy” night-time crowd as much more difficult to manage, while Jota sees rolling with the ever-changing the demands of discerning daytime guests as a highly specialised skill. For Pablo, no two days are ever alike, and he thrives on his ability to still learn something new every day, while Jota, strives to bring meticulous order to a place where rebellion is the norm. “I love the intensity,” he explains. “There is just no place in the world like Pikes.” 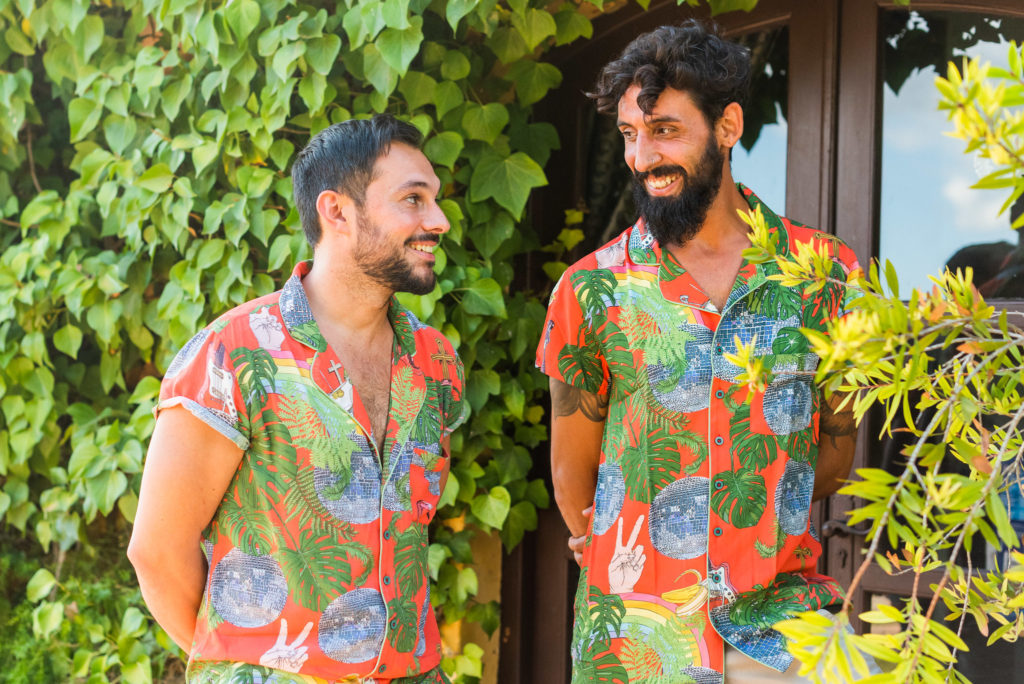 When winter finally rolls around and our valiant duo can retreat from daily battle and rest their weary (perhaps a little PTSD) heads, the two duty managers go their separate ways for five months. Pablo stays here in Ibiza, with his girlfriend and two dogs, living a quiet life (“I get my body and soul back!”), going to the gym, walking, cooking, watching sunsets and building furniture in his spare time. For Jota, it’s back to his little hometown where he recuperates, reflects and rejuvenates. “It’s always the same for me,” he laughs. “When I get home in November, I’m tired. I think no way, I won’t go back to Ibiza, but by February, I realise I am really missing the island. I think it’s such a privilege to work only seven months of the year,” he concludes. “You have to work really hard, handle lot of pressure, put in a lot of energy, but then you get to rest for five months and live like a king!”

In these uncertain times we’re experiencing, with the global health situation and news changing by the hour, we will be keeping this page updated with the latest information as soon as we have it.

The Pikes Playlist with Diego Calvo

Long-term friend of Pikes, Diego Calvo has put together a selection of songs for our Pikes Playlist Spotify series. This playlist is an ode to those rock 'n' roll, hot summer nights.