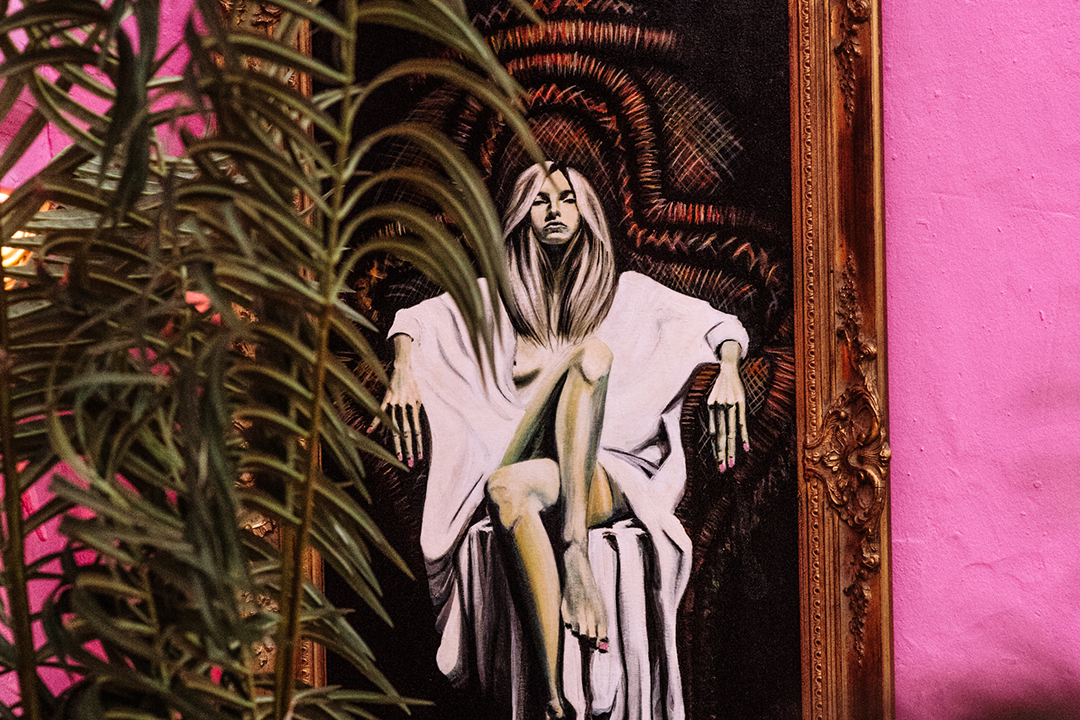 Who Is Pamela of Pikes?

A myth, a mystery and a mood all in one, our Pamela was truly one-of-a-kind. According to local legend, she would sweep through the hotel in a vision of barefoot luxury, silky swathes of her signature pink kaftan drifting after her as she floated by, the scent of her perfume lingering on the breeze long after she’d passed through a room. She was our lady in pink, the feminine yin to Tony’s masculine yang.

She came to Ibiza in the late 1970s, well-travelled and worldly yet with a childlike innocence about her. Her eyes sparkled and her laughter echoed throughout the hotel – she lived, loved and experienced life to the fullest. Our Pamela was a woman of many talents, one of which was being able to communicate with guests from all over the world – regardless of who she was seated next to at a dinner table at Pikes, she could hold her own in many languages. Whether she was fluent, or simply flirtatious, we may never know.

They say Pamela could spot a snake a mile away (and we’re not talking about the reptilian kind), which explains why she could easily hold her own amongst Tony Pike’s band of island misfits and vagabonds as nights turned into mornings in the magical Pikes garden. She was a goddess in her own right; the men she held court over were all captivated by her charm, her finesse and her prowess while the women she kept company with were a strong and powerful sisterhood. Some even say there was something a little witchy about them…

Legend has it Tony always left a light on for Pamela, on those nights she’d disappear from the hotel, leaving no clue as to where she’d gone, who she was with or when she’d be back. She always returned of course, like many of us, drawn to the glow of Pikes like a moth to a flame – until that one fateful day she inexplicably left the building, never to be seen in Ibiza again. We have faith Pamela will return to her spiritual home once again, a little older, perhaps a little wiser and certainly even more intriguing. Until then, we leave a light on every night in her honour.