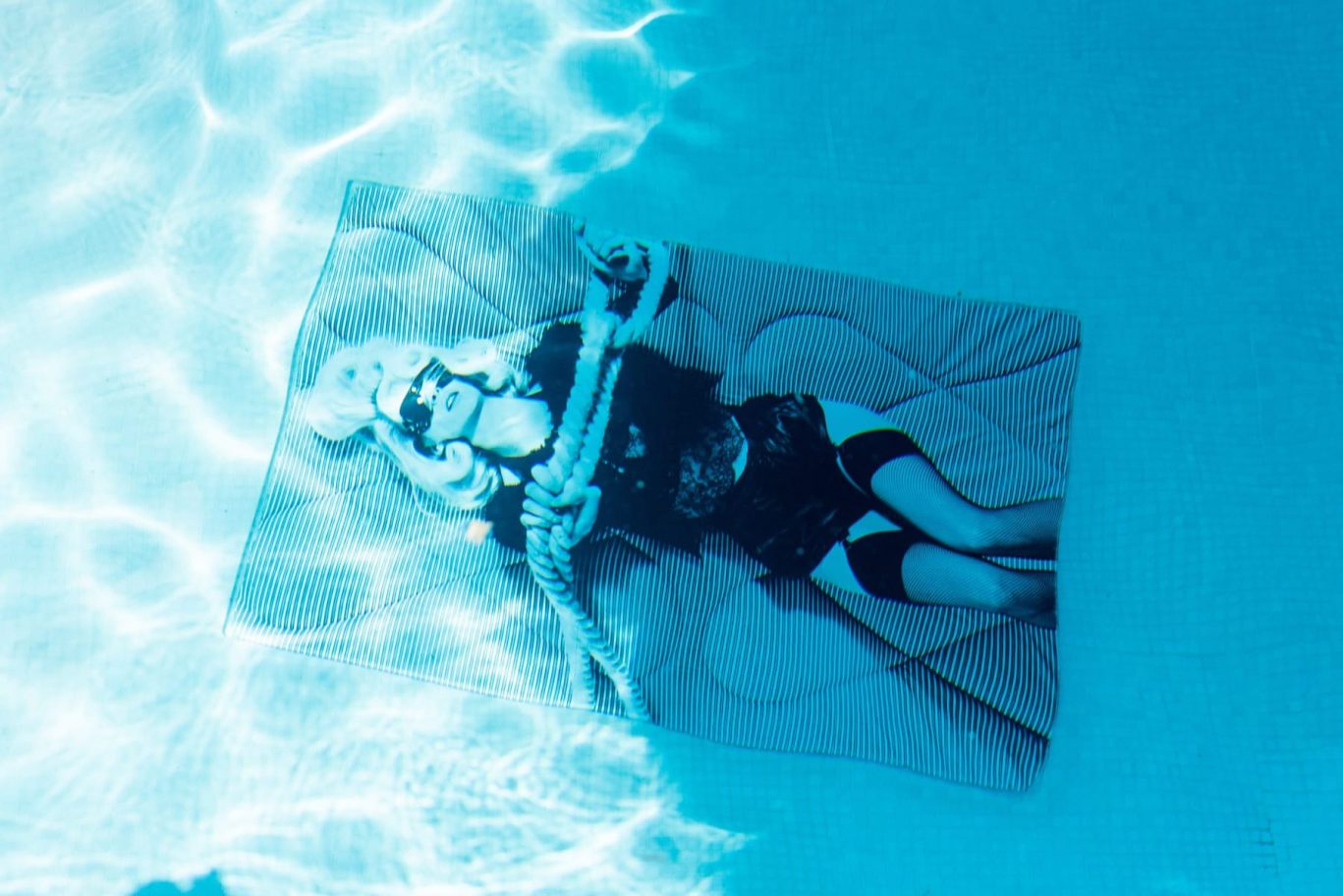 Bohemianism and art have gone hand in hand since the dawn of time and since Pikes first opened its doors in 1981, the hotel has welcomed the creative vagabonds of the world into its fold. In recent years, we have been amassing our own eclectic art collection under the careful and clever curation of creative director Dawn Hindle. Found in all corners of the hotel, the pieces range from stylistic paintings and intricately illustrated murals to fine art photography and pop art; there’s no typical style or consistent theme throughout the collection – like much of the hotel itself, our art collection is a reflection of Dawn’s travels, tastes, adventures, friendships and inspiration.

Fun, edgy, quirky, unique, iconic, pop, contemporary, humorous, conceptual, timeless – we love the artwork at Pikes (sorry Arthur, this time we’re not talking about you!) and we hope you do too! While our cherished pieces are not for sale, we’re always more than happy to connect potential collectors or investors with the artists. Dawn is a passionate supporter of the arts, internationally and locally, and believes credit (and commission) should go always where credit is due – directly to the source. So without any further ado, let us introduce you to some of our favourite contemporary artists… 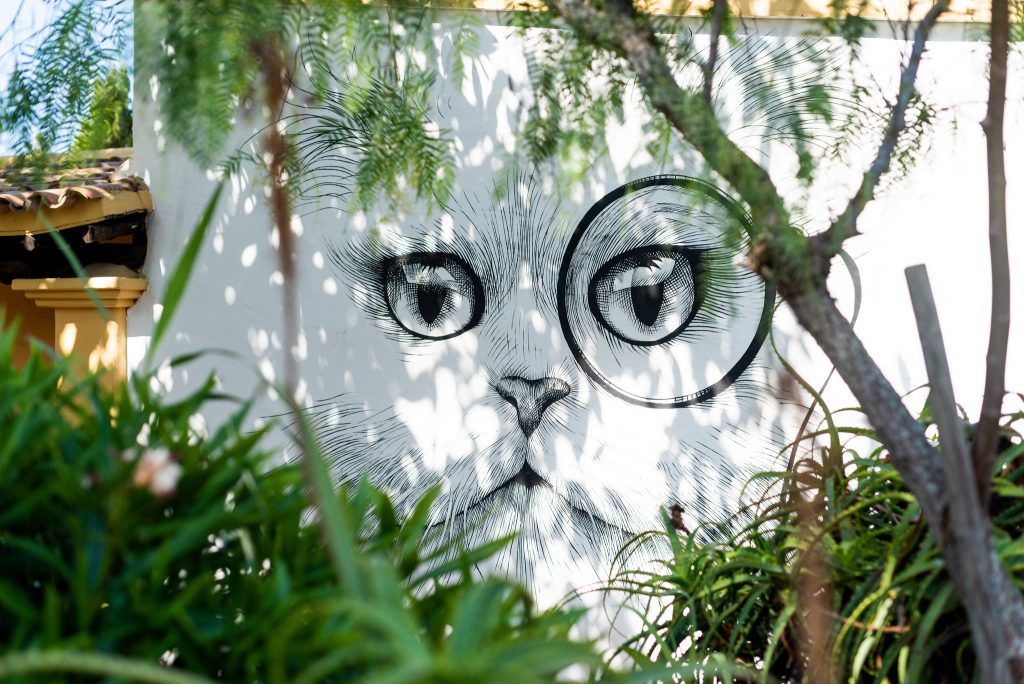 He’s quintessentially British and yet his signature monochrome animal illustrations are intrinsically entwined with the look and feel of Pikes. A natural born artist, Rory Dobner has been drawing since the age of two; he went on to study art at the prestigious Central St Martins and Chelsea School of Art & Design before forging a successful career as an illustrator, artist, homewares designer and children’s book author. His work has taken him all over the globe (including projects for Agent Provocateur, Christian Dior, Nike and Disney) but it was in London where he was originally introduced to Dawn Hindle. “I was looking for a way to change the signage at Pikes,” she explains. “I found his tiles through a friend who had a vintage store, who put me in touch. We got on really well and began with a barter system… a painting for a room.”

Dobner’s initial tenure-slash-residency at Pikes began with a few weeks spent painting all the room numbers. Next up was our famous monocle-clad cat: “The wall had heaps of beautiful tropical plants in front of it making him look like he is hiding… ready to pounce,” said Dobner of finding the perfect space to make him come to life. The smoking fish came next, followed by our singing chameleon and the hidden masked mouse inside The Potting Shed (Dobner’s personal favourite – created in homage to a mouse nest our builders had found in the wall). “We’re running out of space now so it’s lucky Rory bought a house in Ibiza,” laughs Dawn, who still manages to find space for more of his tiles in random nooks, crannies and corners of the hotel. We’ve also got a selection of Dobner’s crockery and bags in reception for those who want to take a little slice of Pikes home with them. 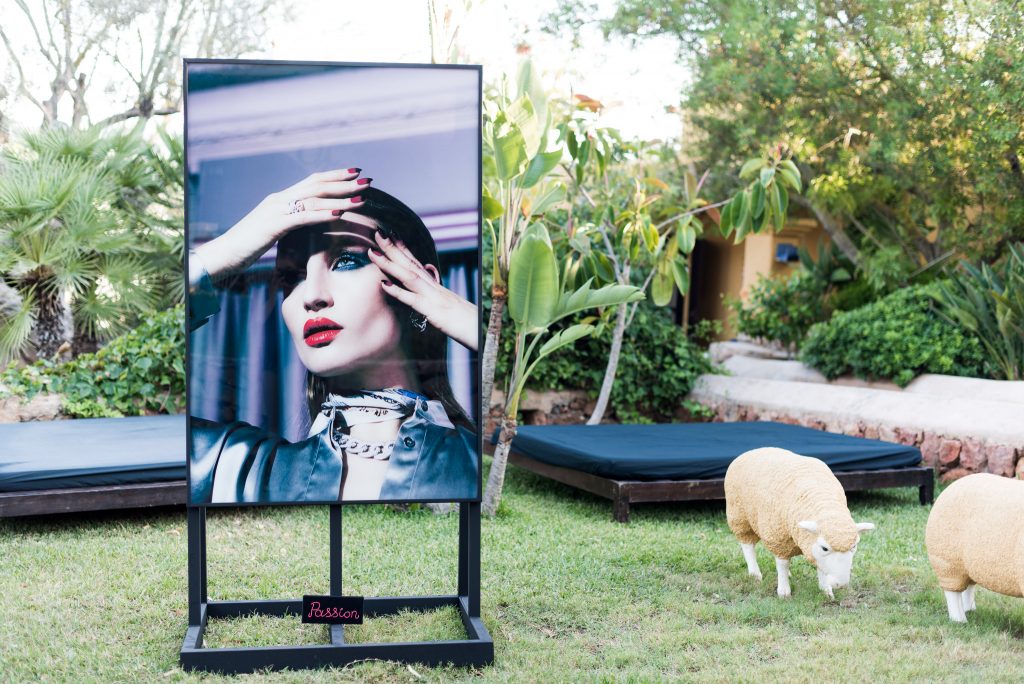 She’s best known for photographing some of the most famous women in the world; the roll call of those who’ve been in front of Diana Gomez’s lens is longer than an Awards ceremony red carpet – think Courtney Love, Taylor Swift, Jade Jagger, Selena Gomez, Rihanna, Rosario Dawson, Florence Welch, Ana Matronic and that’s just the start of it. The Venezuelan-born, LA-dwelling artist has also worked on editorials for Harpers Bazaar, L’Officiel, Marie Claire and The Sunday Times Style among others plus advertisements for Nike, Adidas, Coca Cola, Lancôme, BAFTA, Virgin, Warner Brothers, Atlantic Records and many more. It’s safe to say when the big guns want an evocative, emotive and striking image, they know Diana Gomez is the photographer to call.

After being introduced to Diana – with whom she shared many mutual friends around the world – Dawn Hindle invited her to create an exhibition at Pikes. “Ibiza has a community of strong creative women,” explains Dawn. “Pikes is the perfect setting to exhibit Diana’s work.” Diana too, was thrilled to be working alongside her newfound friend: “I am really drawn to women who support one another. I just happened to meet her at the right time – it was the perfect connection. It was like a guerrilla take on an exhibition.” Free Women was the result – an installation made up of life-sized, semi-autobiographical photographs presented in light boxes and huge metal frames all over the hotel grounds – with one very special piece anchored to the bottom of our swimming pool, where it remains to this day, a gift from the artist to Pikes. There’s also another of Gomez’s works found in our garden; we’ve been asked to sell it on numerous occasions, but Dawn prefers to connect buyers with Diana directly so her photos can keep an eye on our dwindling flock of sheep. 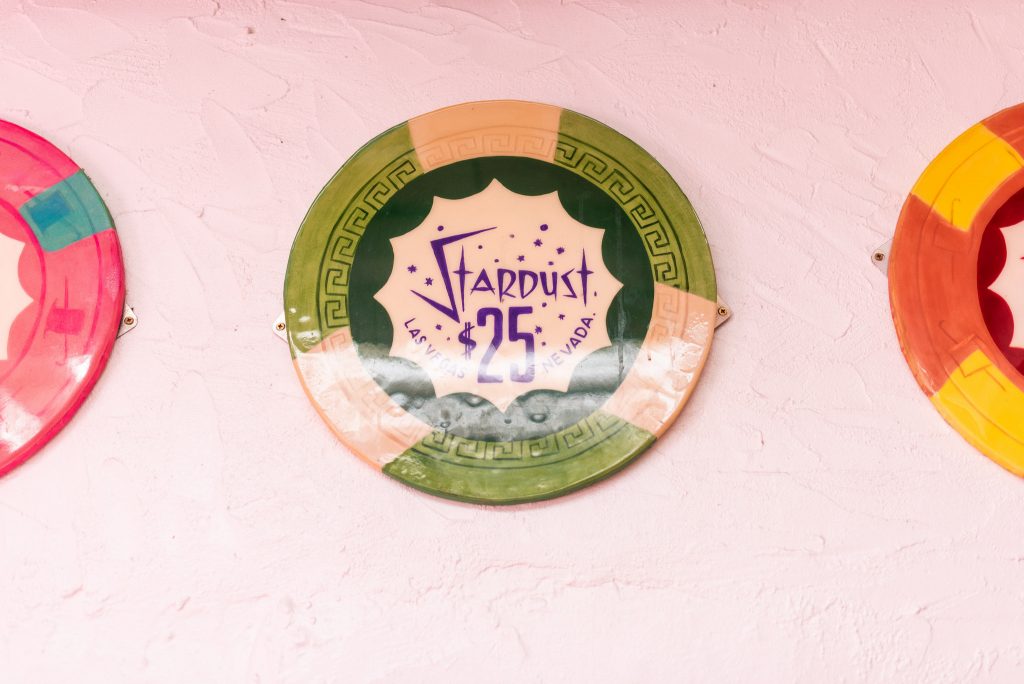 A long-time friend of the Manumission, Ibiza Rocks and now Pikes family, US photographer Victor Spinelli has been orbiting the Ibiza art world since the turn of the century; in between the globetrotting expeditions that have taken him on countless adventures and inspired many works of art. When Ibiza Rocks first took over Pikes, many of Victor’s iconic Manumission photos were selected to be hung in pride of place in rooms and spaces throughout the hotel, where they remain today. A combination of fly-on-the-wall reportage and meticulously styled moments he describes as Fellini-esque and timeless, they capture the mayhem, madness and magic of those days perfectly and bring back many hazy memories for those guests who were partying with us back then. In more recent years, Spinelli has embraced painting and we’ve also got a selection of pieces from his pop art style Casino Chip Series adorning the walls in Freddie’s.

The white isle has an allure that continues to draw Victor to this day and 2019 sees him once again residing in Ibiza, where he heads up a unique artist-in-residence program in collaboration with Pikes. SPIN Art Residency is open to both emerging and established artists, with a total of 25 participants accepted into the funded program which takes place in Autumn 2019 and features guidance from visiting art professors, historians, curators and critics. A group gallery show will be presented at the end of the residency month, giving the artists a chance to reveal their works and islanders the opportunity to purchase them. Spinelli says the idea is to create a better world through art; watch this space for more details in the months to come.