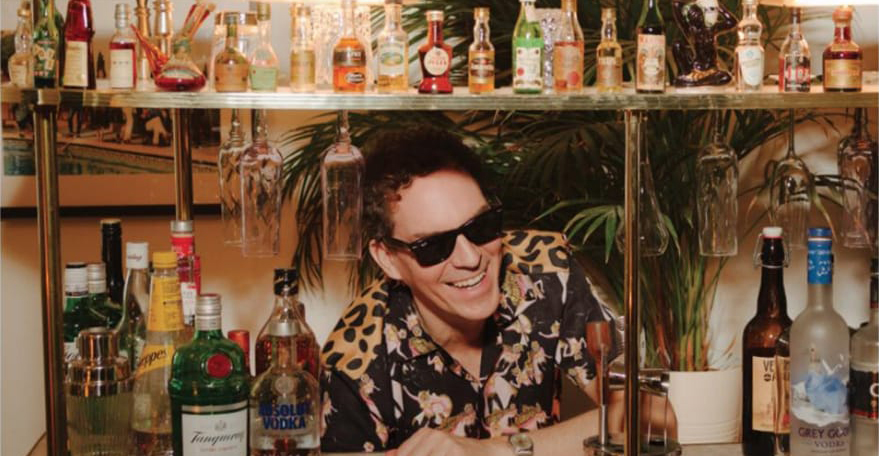 Drawn to Do It

Artwork is a wonderful friend of Pikes; we love him and he’s pretty huggy about us too. We may well have banned him from jumping into the pool from the terrace for his own good, but other than that it’s a joy to have him around the place. You’ll find him playing in Freddie’s throughout the summer, relaxing by the pool or even sweating with the rest of us in the crowd at Mercury Rising. 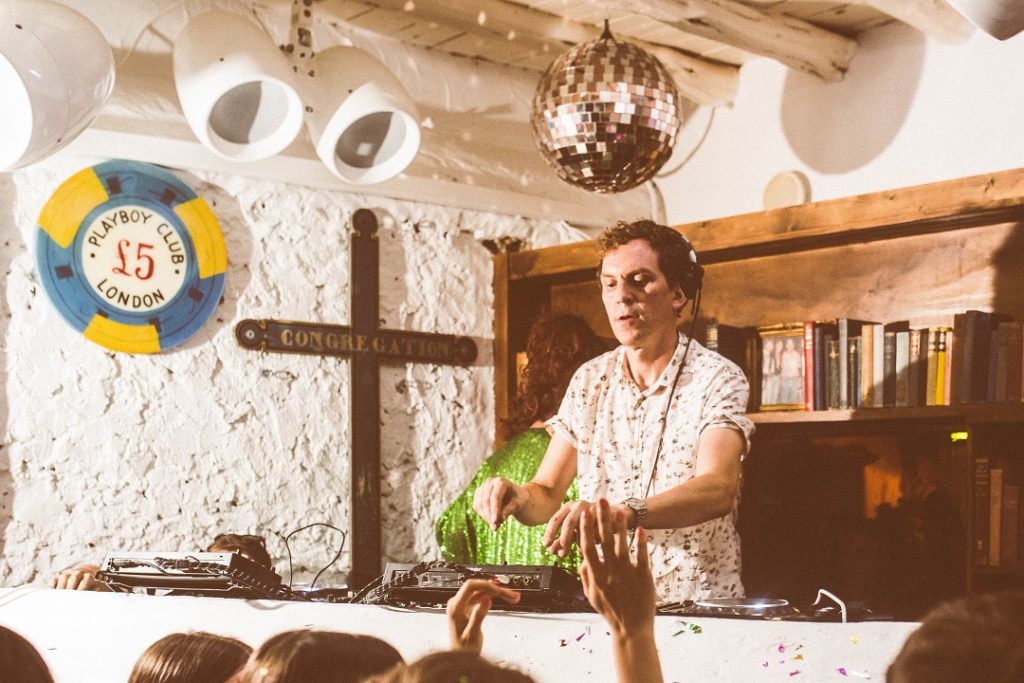 So Artwork, can you tell us about the time Sunny led your dad around the hotel and they ended up singing Sinatra songs in the karaoke bathtub together…

I’ve got no idea what happened! I only found out later on, I was DJing and was playing for the whole night so wasn’t there with him. What I do know is that my dad got into enough trouble that he had to be taken home at about 5am. He was put into a taxi but he loved it. Leaving my dad with Sunny was a summer highlight… 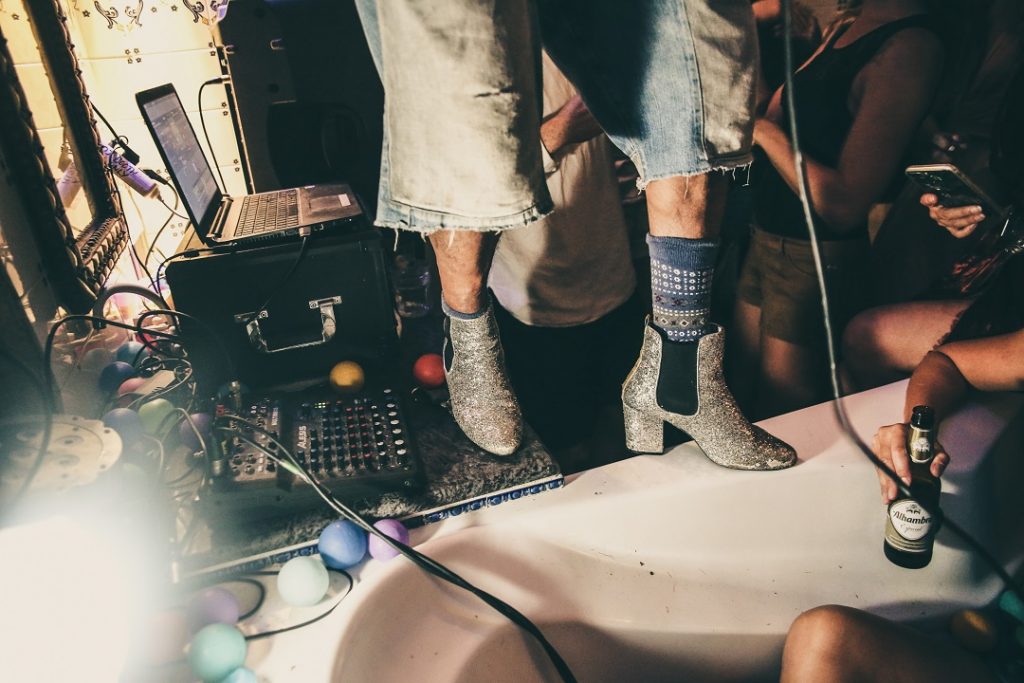 When you very first visited Ibiza in 1993 – didn’t you get off the plane, hide your bag in a bush and go straight to Space?

This is true. I literally went there straight from the moment I got off the plane. My mate was waiting at the airport with a scooter; we wedged my suitcase in between us and drove straight to Space. Then we hid the briefcase in a bush, went into the club and stayed there for a very long time. Probably too long. I’m pretty sure that Nightmares On Wax was playing when I walked in on the terrace. I remember Shovel was playing percussion live and just walking through the crowd with incense sticks while right above us planes were flying over and we were all having a crazy time.

Can you tell me about the time in Amnesia when a special looking guy caught your eye?

I remember this like it was yesterday. It was two or three years ago, Ricardo Villalobos was playing and we’d been listening to him for what was probably six hours but it seemed like ten minutes – it was one of those nights. And then, for like the last hour, the most out of place person you’ve ever seen in your entire life appeared. It was like someone in the Philippines in 1955 had gone to buy a packet of fags in a shop somewhere and a time-warping wormhole had put him in the middle of the dance floor in front of us. We were all ten sheets to the wind, or whatever the saying is – we were mashed – and this geezer just walked in front of us. He didn’t dance – he stood there motionless in a silk-striped shirt and white crocogator shoes, just staring. It was fucking amazing. It was for an hour and a half; probably more because it took that long to convince yourself that you’re not tripping and then ask each other if everyone else could see him as well. At first we thought it might be one of those things where they’d got actors to come out into the crowd. Then it just got worse and worse and we realised it was a real person and were wondering what the fuck he was doing there. It was so good. We were so baffled.

What was your first experience of Pikes?

Cor, I dunno. Probably years ago when we were doing an Ibiza Rocks show possibly, or something like that. It would have been an after party that went into an after party. And then into an after party. It’s totally the opposite of going to a club. You could 100% turn up there on your own. I wouldn’t want to go to Amnesia on my own and wander about. But you know you could go to Pikes
on your own, get a drink and just sit down and the next thing you know you’ll be talking to someone. Who could be anyone. It could be someone who’s 25 years old or a prince who’s 70 years old. It could be absolutely anyone and I think that’s the magical thing about it. It is like the weirdest house party you’ve ever been to in your life. The only time you go to Amnesia on your own is if you’re a Filipino man from 1955. If he’d have gone to Pikes, he would have been fine. No one would have batted an eyelid.

Because you get such a varied audience at the hotel, is it a hard place to DJ?

No. Pikes is my favourite place to play on earth. People love music there and they are there more for the atmosphere of the place and less to go and see a particular DJ like you would in a nondescript club that could be anywhere in the fucking world. And you go there for the atmosphere of being at Pikes. People there are very, very open to you playing whatever you want to do,
whatever you think that they want on that night. It’s not like going to do a festival set where people expect you to go and play your thing and fit into a box. At Pikes you can do whatever you want and go completely where you like. And the people there will just go along with it. 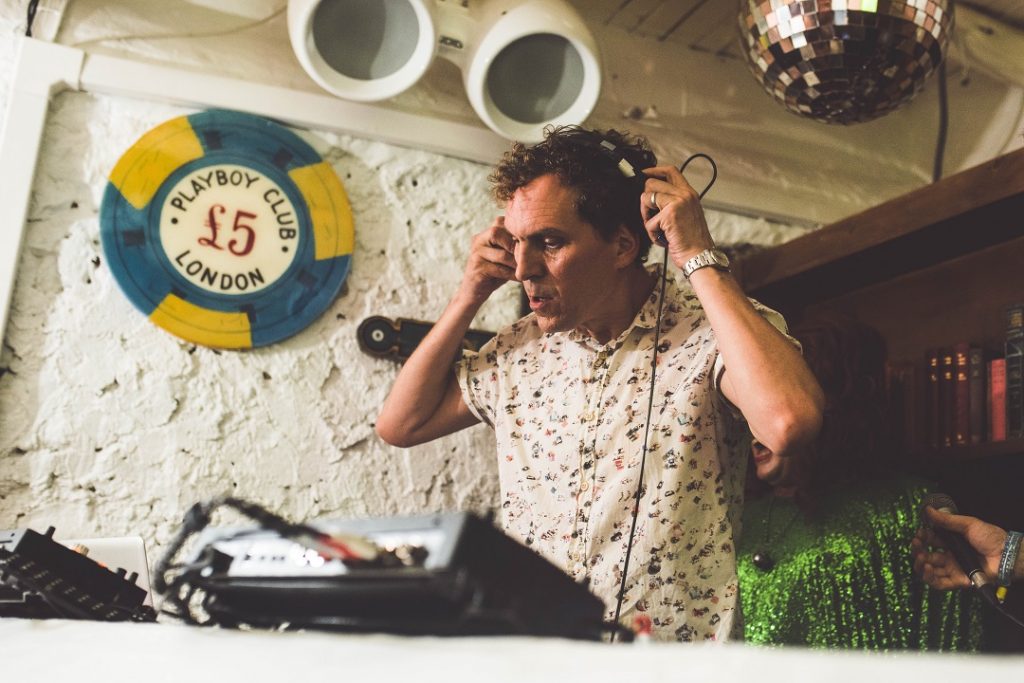 Because you’re such a monumental musical chameleon it must be nice to have carte blanche to play what you like.

100%. It took me a year or so to suss that out and realise that I can play whatever I want. I absolutely do not plan my sets there. When I first started I did start to plan things because you’re looking at six hours, and how you’ll start things and where you’ll go to from there and then into somewhere else. And then you’d find that it wouldn’t fit because you never know where the energy in the room’s going to go. There are certain points in the night where people do get tired. I’ve seen Harvey do it. I’ve seen him smashing the place and then, out of nowhere, he’ll suddenly put on a ballad. It was like a football crowd – people were cheering – and then he put on this ballad and everyone slowed down thinking it was going to be a big build up to something. But then he put on another ballad and completely cleared the fucking club out. I asked him what he was doing and he told me that the crowd would get tired if they were dancing for ten hours. He was letting them go and have a fag and a drink outside. He played about half an hour of ballads while everyone went and sat outside and then built it up again and they all came back in. Where else can you do that? That is some balls right there, isn’t it? 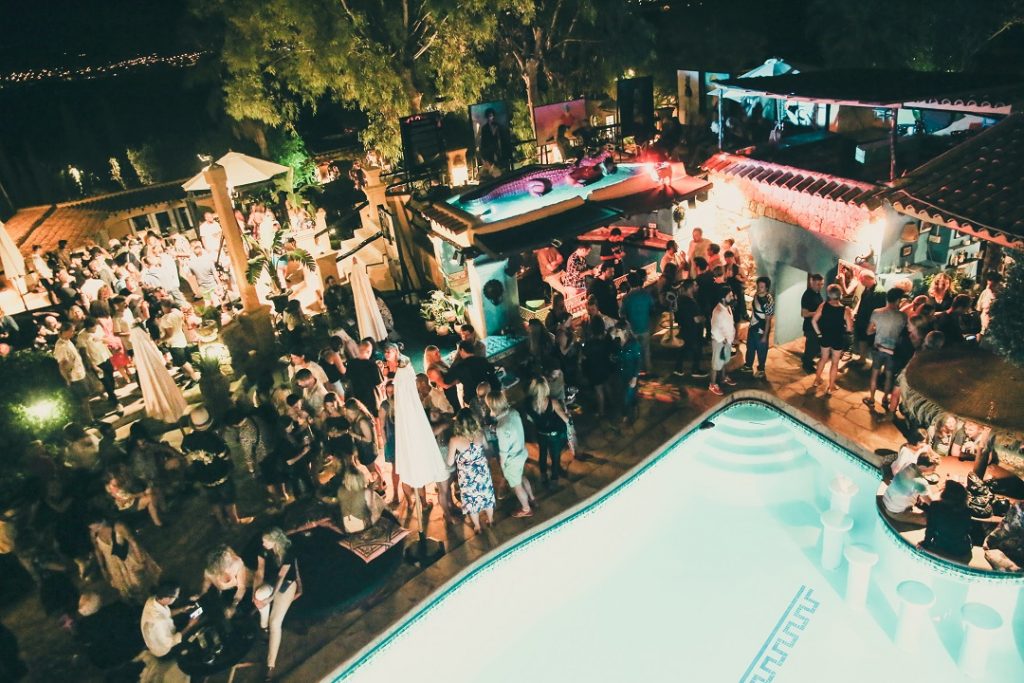 Have you missed any shows/parties because you’re just hanging out around the pool and at the bar?

I genuinely don’t leave the place once I’m here. I do have plans – people invite me down to their night and I agree to them with all the best intentions in the world. And then you think, aaah I’ve actually got to leave here and get in a cab and go somewhere where people don’t know me and deal with all the shit that goes with it like bouncers and people stepping on your toes and drinks
that cost a million pounds and you’re like, “Fuck that! I’ll just stay here.”

What are your tips for jumping into the pool? Mr Tony Pike himself recently cajoled you into it didn’t he?

I’m not allowed to do that anymore. It was from the very, very top from the terrace above Room 39. Tony told me that he’d done it when he was 74 so I thought fuck me; if he can do it then I’m doing it. It’s quite a drop! It’s one of those jumps where you’re in the air for a second more than you thought you would be. Where you jump and go, “Ooooh shitshitshitshitshit!” You’ve got just enough time to panic before you hit the water.