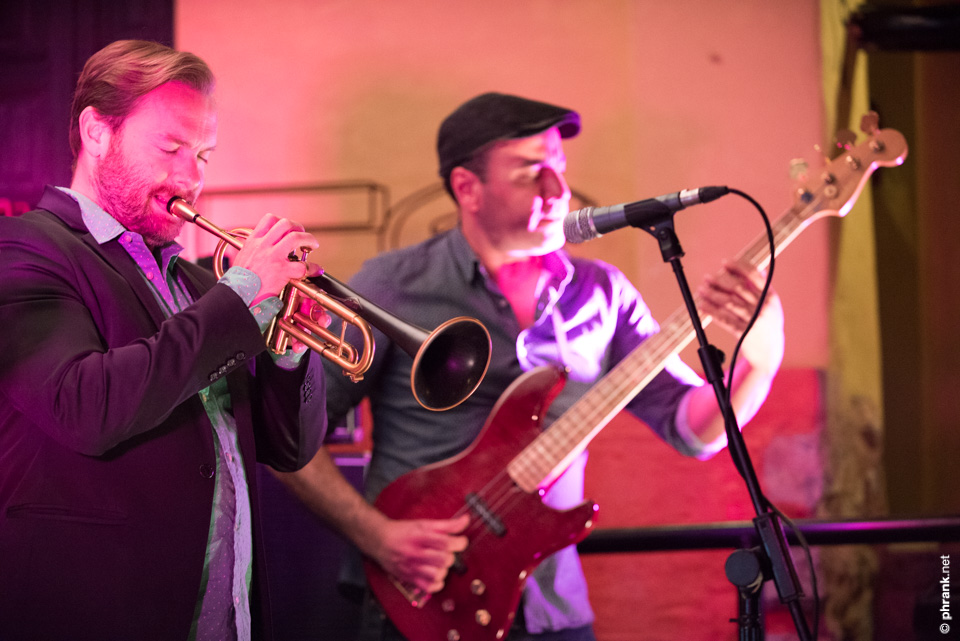 Pikes is often referred to as a kind of Neverland, a description we must admit we’re quite partial to. Obviously it exists – that’s never in question – but where exactly it’s located is a case for the individual to explore. Is Pikes an ever-present state living within the mind that we conjure with a little encouragement? Is it a visceral feeling, one that leads us down an unknown path? Is it the silence between the beat, a fleeting moment that echoes within our souls and never leaves? While it’s different for everyone, there’s no doubt that a certain resonance remains – it burrows beneath the skin and lays dormant, waiting to be roused.

The same can be said for music, in all its multi-layered, glorious forms. As most of you know, for us here at Pikes, music has a deep relevance – nothing can shake spirits quite like a rousing melody or a spiral of dizzying staccato. It exists within our consciousness and even beyond that; laying the foundations of who we are, challenging us to go further, bringing us together as one, united whole. Jazz, in particular, has the power to bestow both questions and answers. As the American poet Aberjhani once described it, jazz is “one of those diamonds of the creative industry that helps human beings make sense out of the comedies and tragedies that contextualise our lives.” With that in mind, and as part of our constant quest to unveil life’s shrouded mysteries, we’re happy to share the news that we’re teaming up with the world’s most respected jazz club, Ronnie Scott’s, for the third consecutive year. Just wait till you see (and of course, hear) what they have in store.

Ronnie Scott’s opened in London well over half a century ago – as a matter of fact, the esteemed venue is celebrating its momentous 60th birthday this summer. In the first instance, it began as a small, basement club where musicians could join together to jam, before moving to Soho, where it took on a life of its own. During those 60, fruitful years, it hosted some of the world’s most phenomenal performers, from Chaka Khan to Prince to Van Morrison; Wynton Marsalis, Cassandra Wilson, and Miles Davis – jazz royalty has been on constant rotation on its intimate, inviting stage and punters have lapped it up, keen to immerse themselves in a musical melée that ignites the senses. 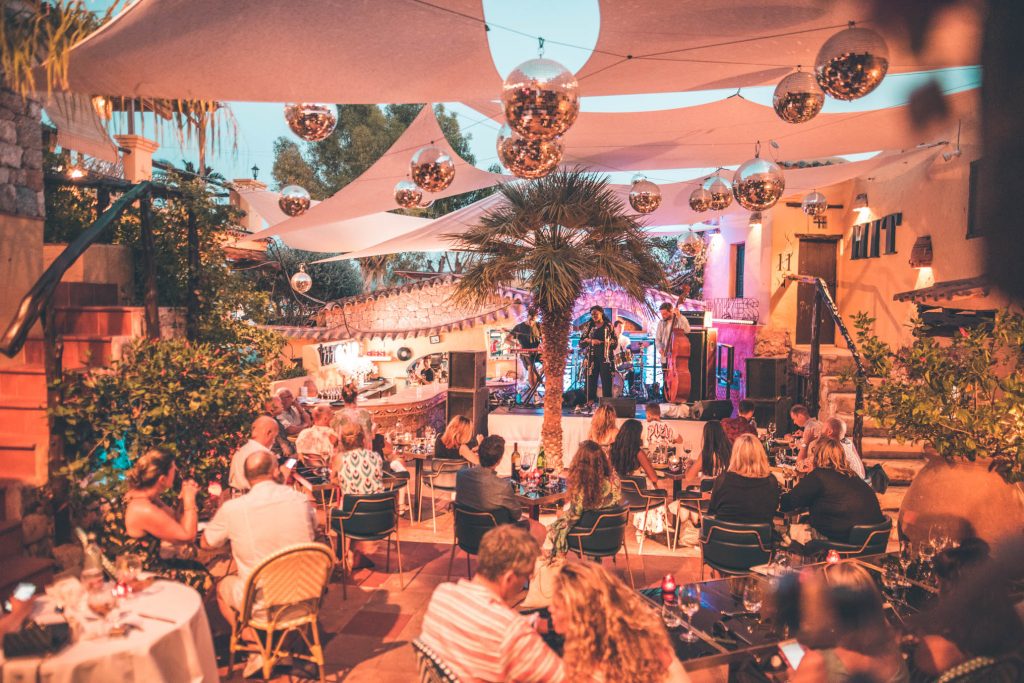 When the team from Ronnie Scott’s were looking for an island venue to team up with a few years ago, we couldn’t help but feel our own musical heritage – not to mention our reputation as a salubrious late night hangout among those in the know – was the perfect match. Where better for the brand’s ethos and musical prowess to authentically unfold in Ibiza than in the magical alfresco courtyard of Plaza Mayor, dripping in bougainvillea and with disco balls flashing overhead? In 2019, the aim is to deliver an experience that bewilders and enlightens guests all at the same time – and doesn’t that just sound like the perfect night at Pikes?

In keeping with the concept of dinner and a show, our head chef Lee Milne has once again curated a delectable supper club style menu to accompany the live performances of a series of both established and rising stars of the scene. We’re joining forces with Ronnie Scott’s for five dates over the course of the summer season, not only to celebrate its momentous 60th year, but also to go in search of beauty, greatness, and whatever it is that lies at the heart of us as humans. And lest we forget, having a jolly nice time in the process.

Kicking off the series on Friday May 31, 2019 is the much applauded saxophonist Rachael Cohen. Originally from the Shetland Islands, Cohen studied at the prestigious City of Edinburgh Music School and then quickly went on to become one of the London jazz scene’s most highly regarded players. She’s taken her tremendous skills all over the globe and is now a regular fixture at Ronnie Scott’s. For this special, one-off performance at Pikes, she is joined by her trio, which also features the prominent NYC drummer, Jason Brown. 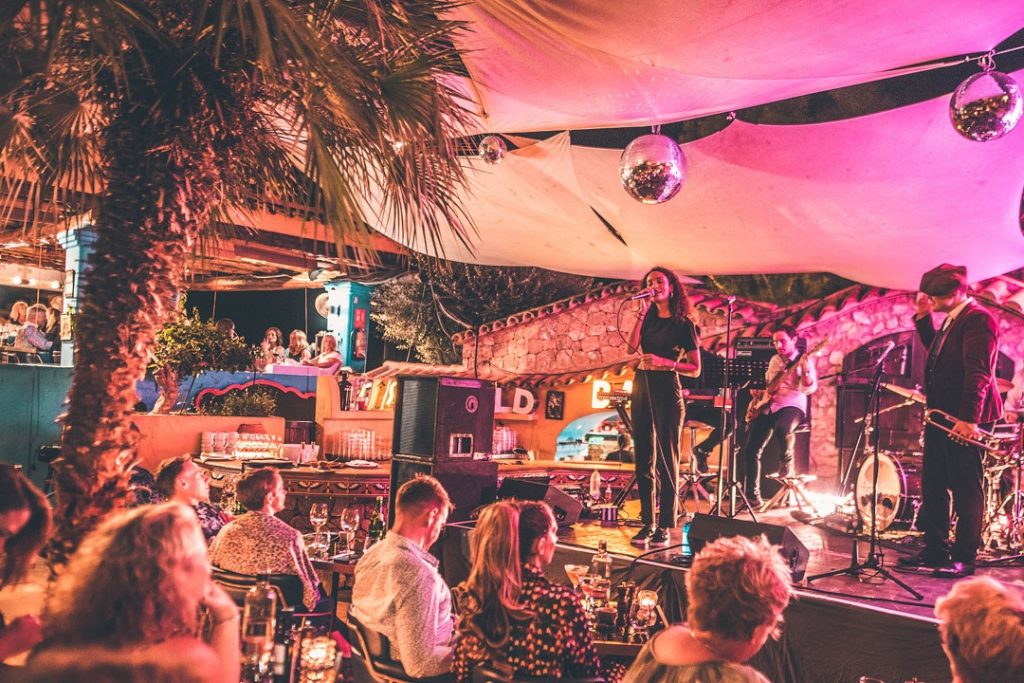 The following month, on Friday June 28, 2019, the Billie Black Band featuring Andy Davies take over the distinguished reins. Billie Black is a British singer-songwriter who fell under the spell of jazz from a young age, thanks to her parents’ wide-ranging musical tastes. She’s since fused its influence against a backdrop of her own, shifting beats to create a dynamic, almost haunting sound. She’s joined by her band and Andy Davies, who’s made his name as London’s king of bebop. An energetic trumpeter renowned for spectacular improvisations, this hook up is not to be missed.

On Friday July 26, 2019, it’s the turn of the Dexter Hercules Trio. Headed by Dexter Hercules, a professional drummer based in London, he’s performed with an impressive and varied roster of international artists including Ronnie Wood, Emelie Sande, Theo Crocker, Stormzy and Rita Ora. He’s currently working his first ever solo project, due for release this year, but he’s most well-known for a dynamic playing style that embraces all genres including jazz, pop, gospel, fusion, broken beat and funk. You won’t see anyone this year that has a groove as buttery smooth as this man.

On Friday August 30, 2019, it’s all about Yelfris Valdés, a London-based, Cuban trumpet player who spent 10 years playing alongside the much-acclaimed Cuban band, Sierra Maestra. His new project is entitled ‘For The Ones…’ and has been described as Hypnotic Cuban Nu Electronica, which should give you a small taste of what we can expect from this adventurous, experimental player, who’s also been credited with morphing the acoustic sound of his trumpet into an unrecognisable horn, without losing its tenderness. Powerful stuff indeed. 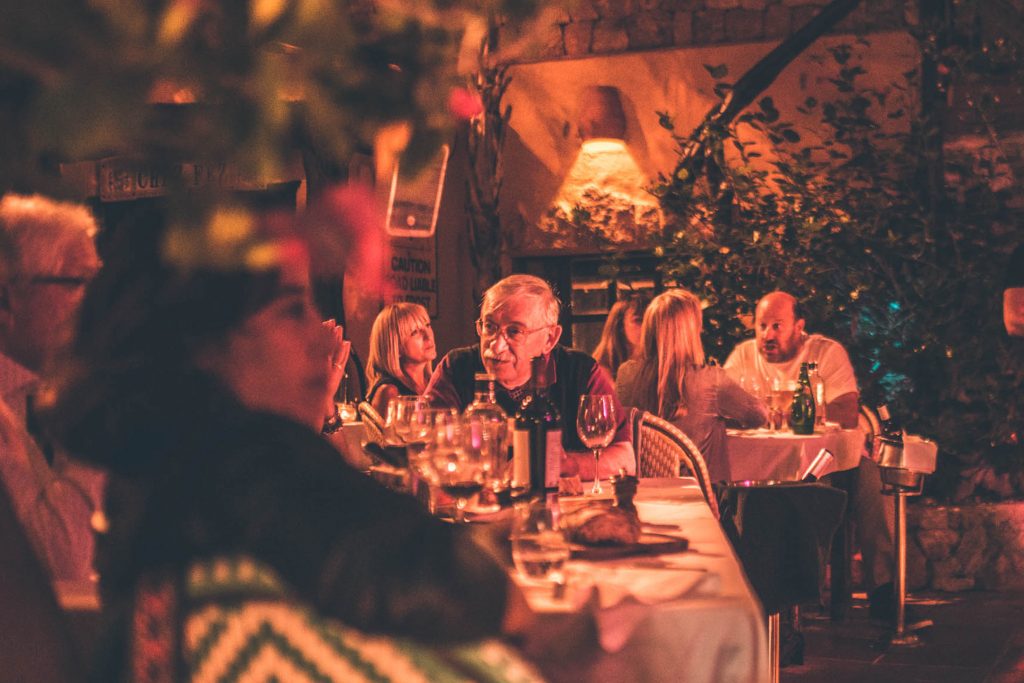 Finally, the Pikes and Ronnie Scott’s collaboration comes to a close on Friday September 27, 2019 with the help of vocalist, trumpeter and visual artist, Ms Maurice. Using a mish-mash of influences alongside 70s-inspired grooves and a splash of West African sonic seasoning, her style is heavily influenced by her London upbringing. Visual art comes very much hand in hand as part of Ms Maurice’s musical performance, so expect questions on the notion of blackness and hyper-sexualisation of the body. She’s also joined by vocalist, Judy Jackson.

Expanding, evolving and continuing to probe all that lies within us, jazz is an immovable force that’s set to come alive on the Ronnie Scott’s x Pikes stage. “If you have to ask what jazz is, you’ll never know,” Louis Armstrong once said. So join us and let the reverberations dissolve into your bones – it’s all about the feeling.