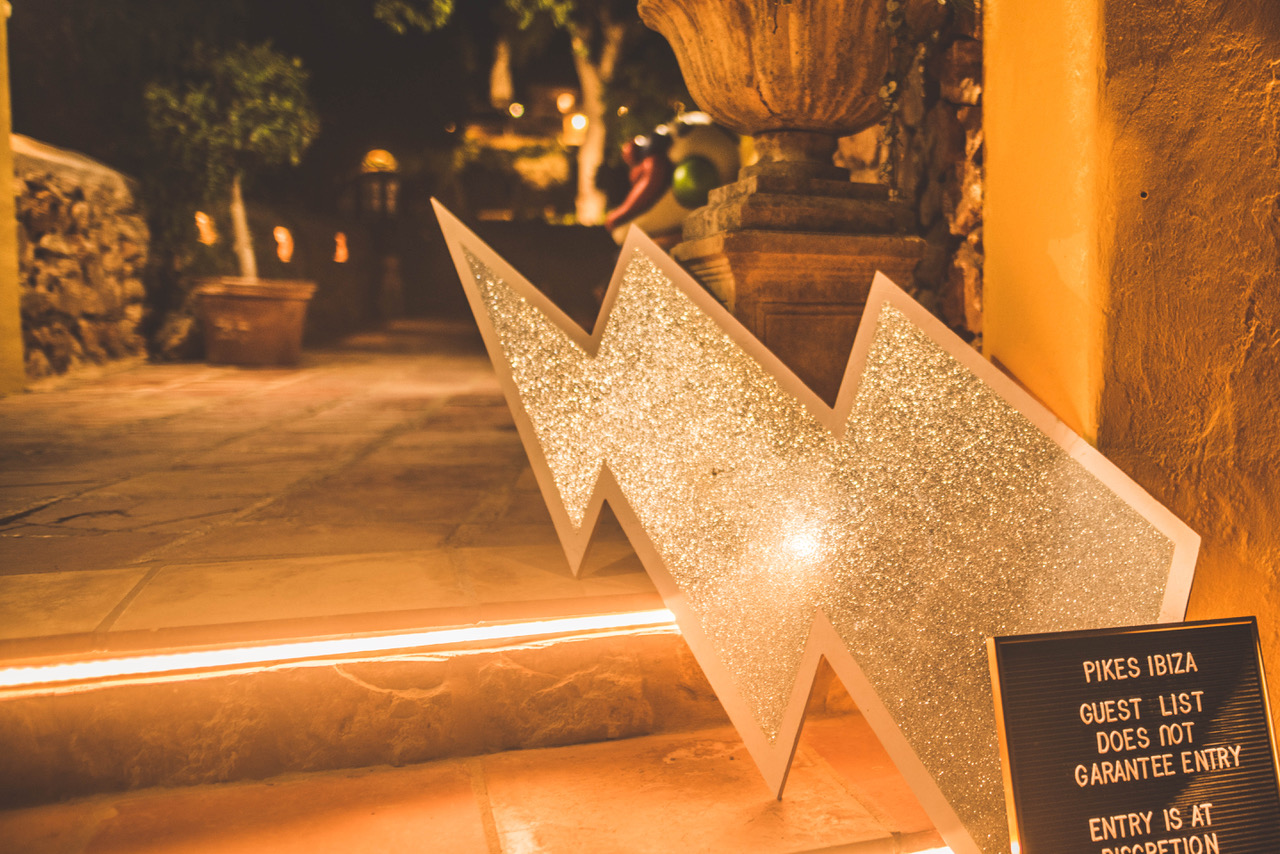 He'll save everyone of us!

Well done if you’re able to get past the title of this post without following it with an ‘Ah-ah! Saviour of the universe!’ In fact, go ahead and scream it out loud and proud now anyway. It’s only fitting, after all, that Señor Mercury’s epic anthem should be represented and representing at a monthly event at Pikes again this year. With a strap line proclaiming: ‘Everyone is welcome, gay straight, don’t know, don’t care’, we’re convinced Freddie himself would be certainly satisfied to see what was going on down in his boudoir at these parties. Tightly packed and full of mischief, Flash would definitely be his favourite night of the week.

Conceptually created and hosted by the wholly intersectional Guy Williams, the name of the night is part-homage to the ground-breaking and iconic Manchester gay party Flesh, where he was a resident in the mid 90s and part nod to the fresh, flash of something new on the scene that it now stands for. “We all know Ibiza has changed, and is changing,” says Guy of our ever-evolving great melting pot of an island. “Sometimes you don’t get that feeling of inclusivity as much as you used to, so Flash is about creating a safe space for everybody. It’s not about what sexuality or colour you are, but if you are gay person or a black person, or indeed a gay black person, you can come and feel safe.” 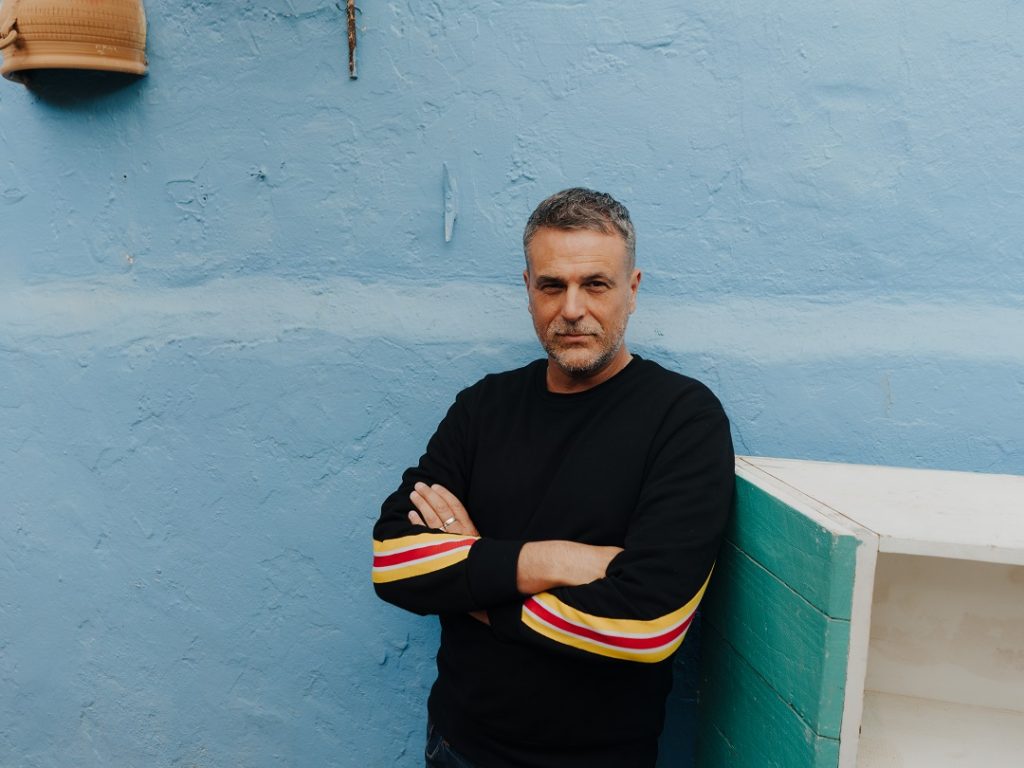 Guy’s relationship with Pikes goes back a good few years; his friendship with owners Andy McKay and Dawn Hindle started back in Manchester in the pre-Ibiza days of Manumission in 1993. “I’ve always had one foot in both camps, if you’ll pardon the pun,” he quips. “I’ve been resident at such amazing nights as Trade, DTPM and Fiction, but then I’ve also been a resident at the Ministry of Sound and the Honey Club in Brighton, which are seen as more straight nights. I’ve never liked to ghettoise myself or the scene as such… for me personally, it’s about everything being mixed and everybody being welcome – that’s what I am doing with Flash.”

The inspiration for the night came about when Guy finally made the permanent move to Ibiza around 18 months ago, after years of talking about it. After visiting the island repeatedly over the last two decades, for DJ gigs or to visit friends, he found himself wondering why he was still based in London, eventually becoming more and more disheartened with life in the big city. “I felt like I was getting swallowed up, like a lot of people living in London do,” he explains. “I felt like I was getting the life sucked out of me.” Ibiza is where his heart lies – like so many of us – and creating his own night felt like a natural progression in his story. 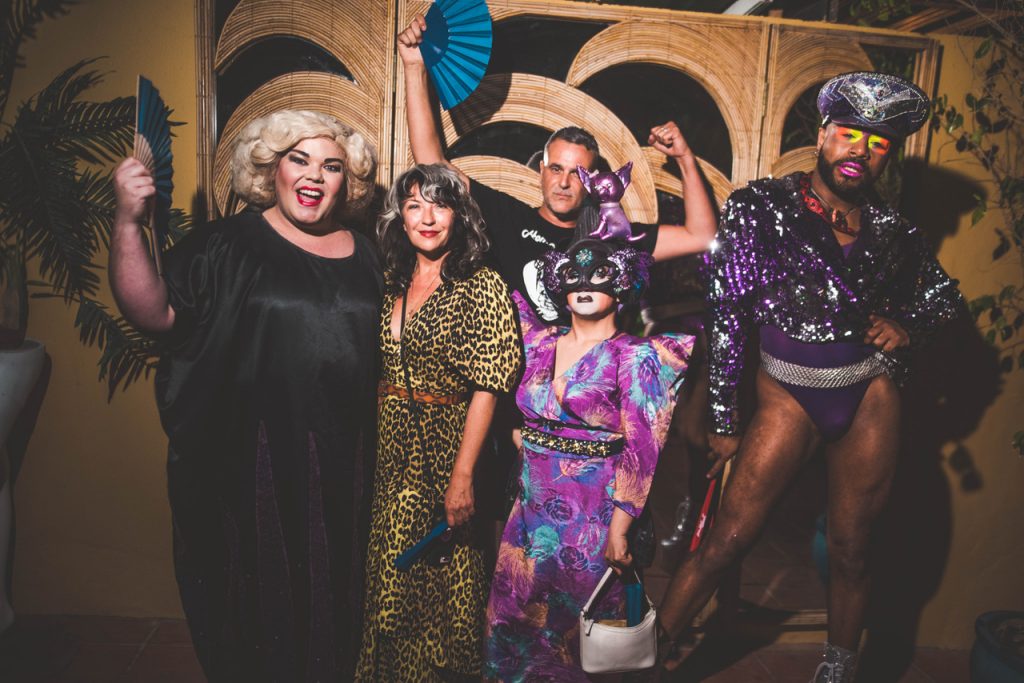 The evening starts at 8pm around the legendary Club Tropicana swimming pool – the scene of many of its own flashes over the years, with music of a mainly disco and 80s vibe creating a truly Balearic beginning to the night. House music is saved for Freddies later on, and once the party moves indoors, the inclusive spirit continues. “In Freddies, I’d say you’ll hear anything from deep and jackin’ to 80s, but definitely a house vibe,” explains Guy. “You can literally hear an old acid house record, a new jackin’ house record and a Sylvester record all in the same set – there’s that old Ibiza spirit of really mixing things up, but still having that energy.”

Flash is as much about the people as it is the music, and peppered around Pikes you’ll run into Ruby Murry, aka our superbly talented in-house opera singer, and the legendary Baybjane Electro Queen, who’s been known to create a flash or two with her stripping Spin the Bottle games. Fierce queen (with enviable buns of steel), Raven Mandella – whose Vogue’ing on the DJ box of Freddies last season went down as one of the highlights of the season – is also back as part of the Flash crew, bringing back the flamboyance and theatrics once associated with Ibiza’s gay scene. “A lot of the nights people normally went to – particularly on the gay scene – like Matinee have stopped,” reflects Guy. “Anfora [Ibiza’s only dedicated gay club] closed down three years ago, and even on Calle De La Virgen, the so-called ‘gay street’, a lot of bars have closed down.” Flash is here to fill the gap – a place to find the bohemian flavour and flair (and those outfits!) that we all know and love so much on this island, in a friendly place. 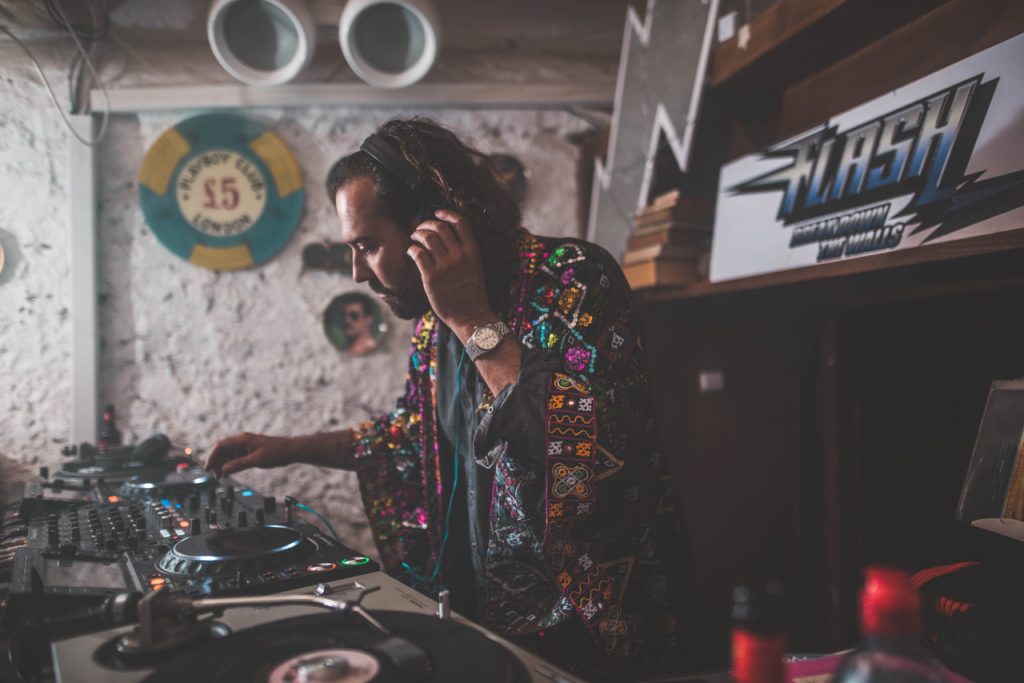 It’s also an international space, as each month, Guy invites a like-minded party partner from London, Berlin or Milan to join Flash in Freddies. From Adonis – one of the hottest parties in the London scene right now – and Little Gay Brother, who host stages at Lovebox and other festivals, to Berlin’s Goys & Birls and Club Plastic’s Domani direct from Milan, each party with its own sense of flashiness. “It’s about showcasing nights that have the same ethos as myself and Flash, but getting a bit of different flavour from around Europe too,” says Guy. To quote the classic Flash theme yet again (please, indulge us): ‘He’s for every one of us. Stand for every one of us!’

If the thought of more late nights is causing you concern (you’re not alone there!) do not fear. Flash’s new drinks partner Stryyk, will be serving up specially designed alcohol-free cocktails, for all of the spirit but none of the hangovers associated with partying in Ibiza. Watch out for a Flash Gordon, a Flash Dance or a Flash but not Flashy, made using Stryyk’s unique zero-proof spirits. This is something that is very close to Guy’s heart. “On a personal level, as somebody who is still out there DJ-ing and travelling quite a lot, I can’t party like I used to!’ he laughs. “Oh, I can still throw my keys into the bowl if I need to, but it happens a lot less. I’ve probably cut my alcohol consumption by at least 60% since I moved to Ibiza. I reach for the non-alcoholic beers much more often and usually I’m driving, which also helps. It’s not about total abstinence, but about having balance in your life.” 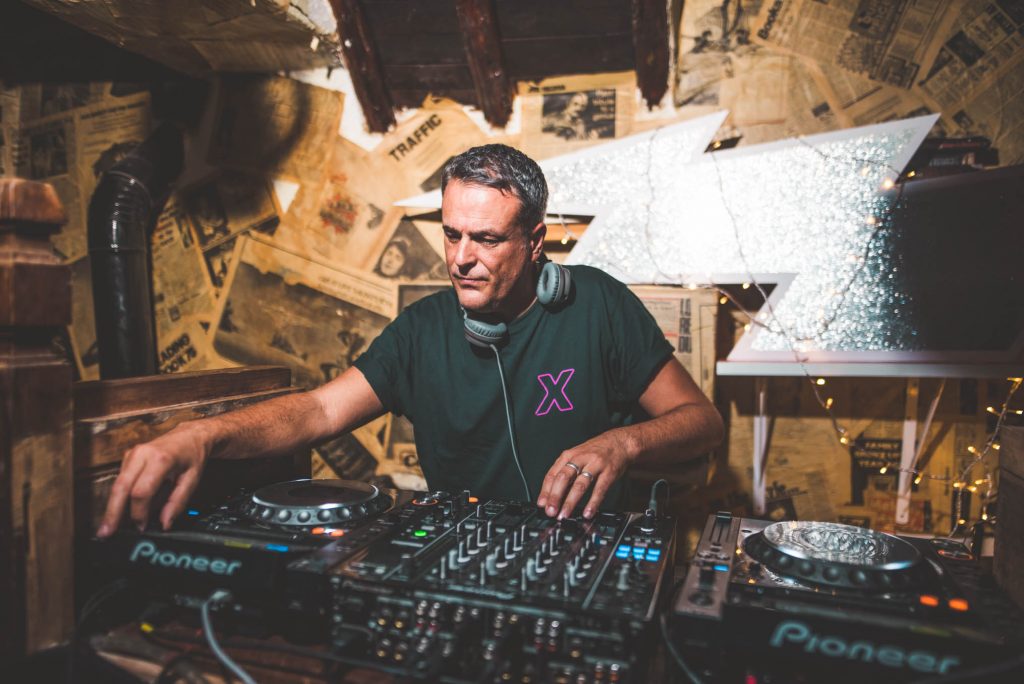 Aside from the monthly takeovers in Freddies, Flash also pops up at Pikes House Party every Saturday night this season, hijacking Chez Fez for a whopping 13 weeks of a similarly inclusive and welcoming vibe. “I’ve always said that room is like a naughty parlour in your eccentric auntie’s country house,” says Guy, who couldn’t be happier spending his Saturdays spinning here. “It’s a new nook and cranny where you can come and hang out, and be who you want to be.” Come one, come all, we say – once you go Flash, you can’t go back!

THE SOUND OF FLASH

Listen to the sounds of Flash, curated by Guy Williams for our Spotify channel.