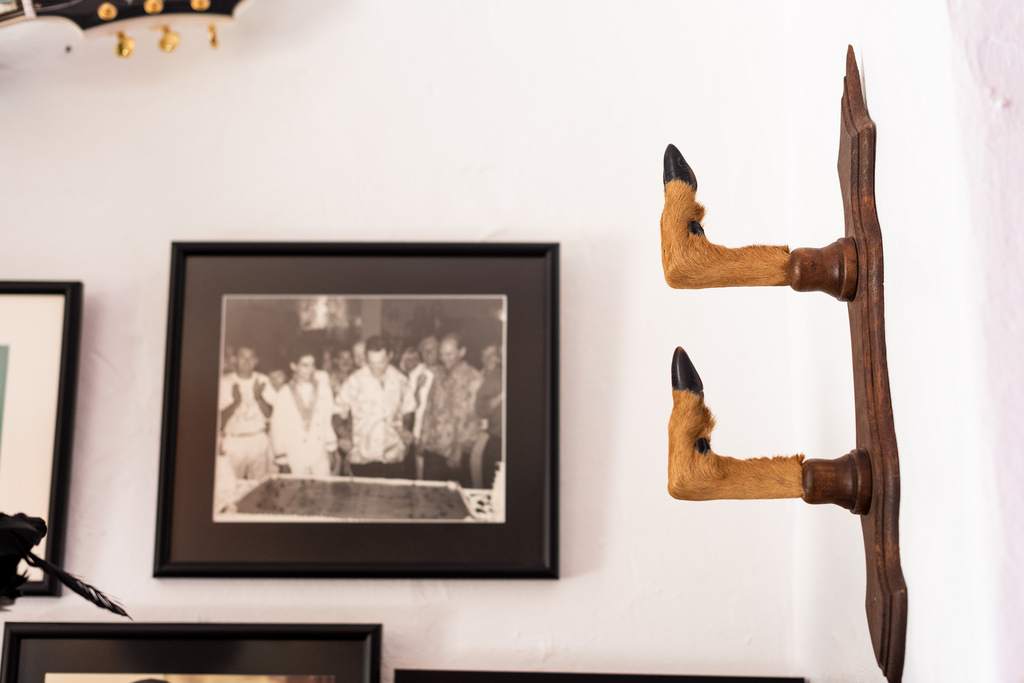 Our ‘Other’ Furry Friends

The Taxidermy of Pikes

Pikes has always attracted its fair share of oddballs and misfits. In a way, that’s what our whole ethos is based on – and we do love a good orphan, waif or stray as you may already have realised with the #catsofpikes… and quite possibly some of our team! But have you ever noticed (and to be honest how could you not?) the other collection of furry friends that have been steadily amassing at Pikes in recent times? Nestled up on a shelf, propping up the side of the bar or dominating an entire wall of Freddies, our weird and wonderful taxidermy collection feel very much like part of the family. Except in this case, we don’t have to feed them.

Now, before anybody retorts: “How cruel!” or: “How could you?” let it be pointed out that we are all creature-loving folks at Pikes and we firmly believe in supporting the new wave of ethical taxidermy, where only animals that have died of natural causes are preserved, and with respect to their true beauty. That being said, we also believe in rescuing antique taxidermy relics rather than let them gather dust in someone’s great-grandmother’s attic or get thrown away in an estate sale. Most of our formerly cuddly compatriots fall into the latter category, having long passed over to the other side – we don’t want their untimely deaths to have been in vain. We’re happy to give them a new lease of (ahem) life at Pikes! 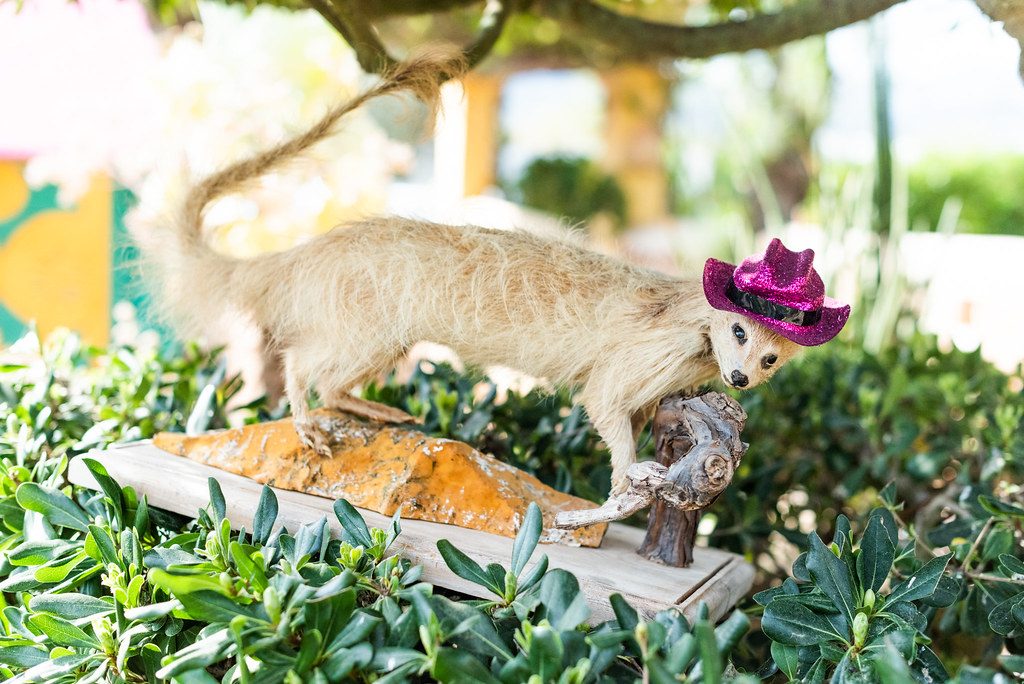 Steve the Ferret arrived at Pikes this past winter, as a gift to creative director Dawn Hindle from F&B manager Steve Hughes. Dawn’s been drawn to taxidermy since her very first pet dog passed away (sidenote: she didn’t have him stuffed – she just didn’t want to let him go!) and since taking over Pikes, she’s been able to indulge her penchant for pet-able décor. This little guy is named in honour of his donor, although we’re still not entirely sure that he was a ferret in real life. Anyone dare to badger (sorry!) a guess as to what species he is? Steve (the ferret – not the manager) is also the cover star on this year’s issue of Pikes Magazine – his pink sparkly hat is a temporary fixture while he’s wrangling for a flat cap like his namesake and a place where he can blend into the background whilst nursing a pint and checking the betting scores. If you think you spy the perfect position for him in the hotel, do let us know. Right now, he’s in limbo (and looking like he’s spent one too many nights with Sunny!). 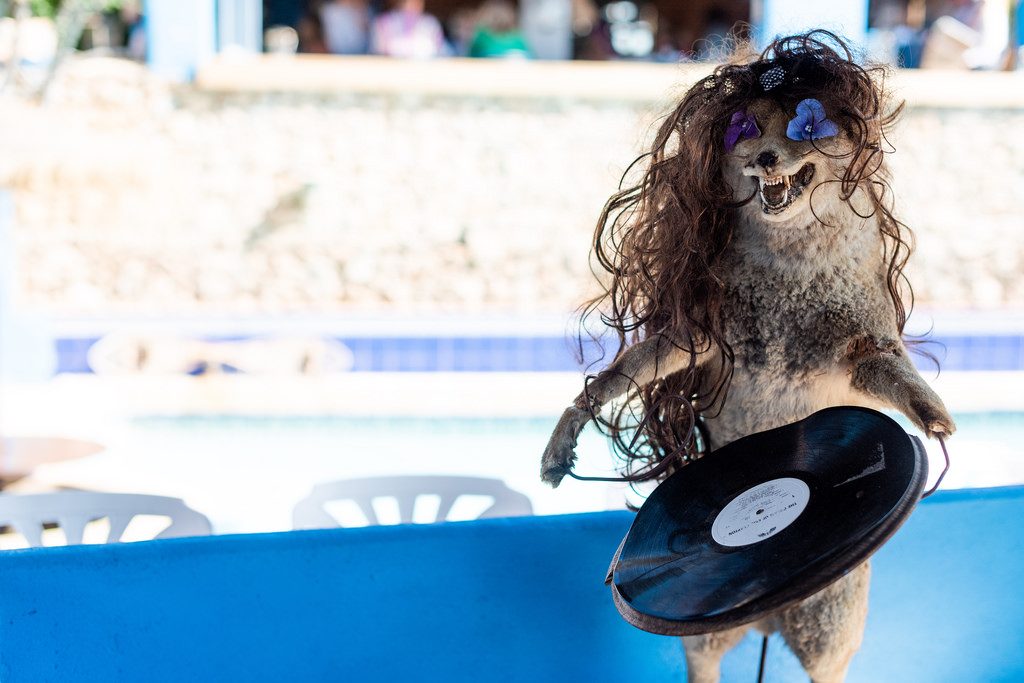 This old boy is living out his golden years in style at Pikes. Retirement came unexpectedly early, when it was discovered that due to a miscommunication on some specific arm-width measurements, the poor dude (we have no idea what animal he is!) would be unable to fulfill the requirement for which he was purchased: standing at the entrance to the restaurant and holding the menu. Therefore upon arriving at Pikes and finding very little to do due to his arms being so far apart, he’s been living the life of Riley over in the pool DJ booth. We wouldn’t like to speculate on what goes on over there, but he’s since lost both his eyeballs and now sees through actual rose glasses – or quite possibly bougainvillea, depending on who’s in the booth. His downhill deterioration has been pretty rapid, but hey, who are we to judge? Good luck to him and give him a pat when you pass by. Try not to knock any more bits off him though. 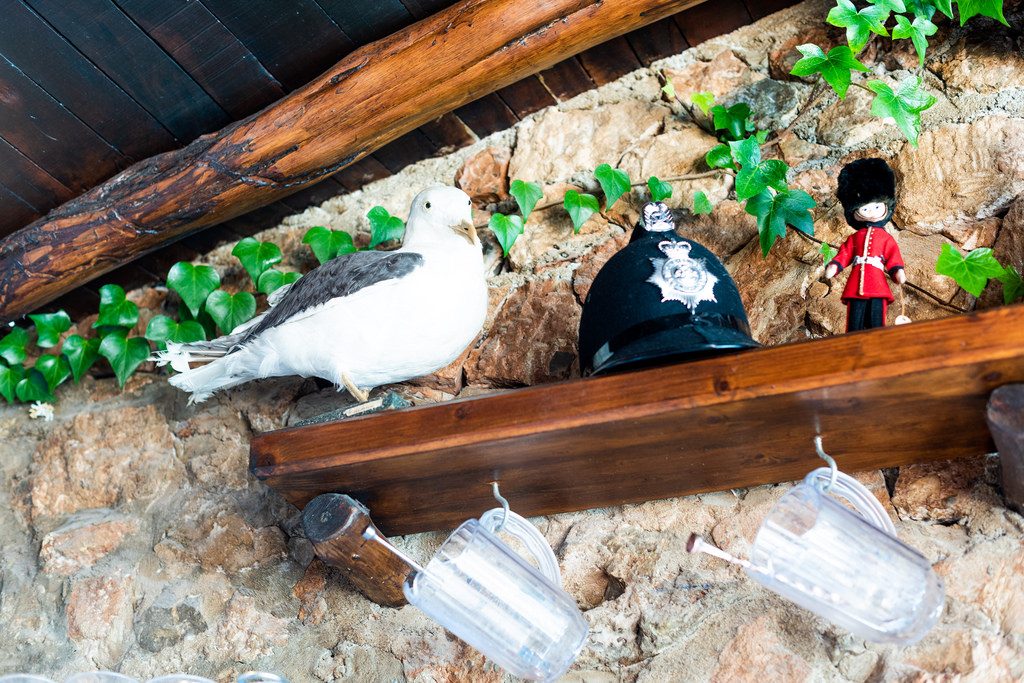 Steven Seagull is a moody beefcake of a bird, with delusions of grandeur and pretensions of being British. He’s fluent in five languages, hangs out with cops in his spare time, and sometimes comes down heavy on the bar staff. If you catch him in the right mood, he’ll let you carry him around, and for the right fee, he’ll lend his sturdy frame for a photo shoot (check out his modelling skills in Dawn’s photo in her magazine intro this year!). Keep your distance though – he’s an expert in several martial arts and could kill you with his bare beak. Whatever you do, never ask him to smile. 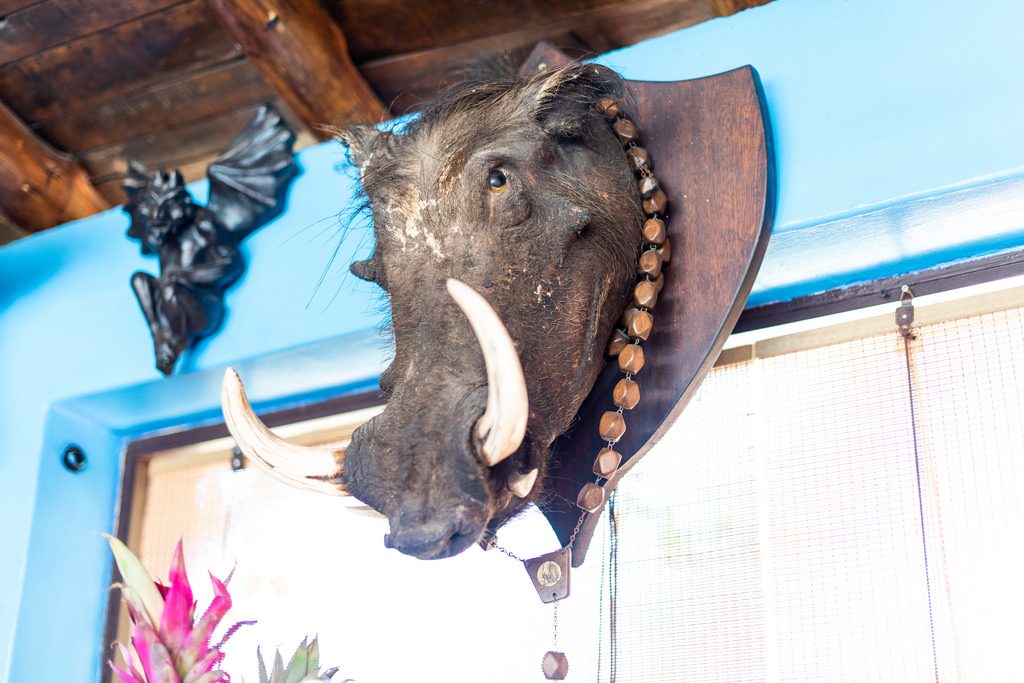 Boris the boar came back from Machu Picchu with that necklace and a few hundred pesos and found his way to Pikes. His lust for travel has unfortunately been hindered by his static form, but he’s always got a story from his past to share. He’s happiest hanging out by the pool bar, where he’s sure to find a friendly face to shout him a shot of rum, and the view of semi-naked ladies going in and out of the water reminds him of Copacabana in the 80s. He’s always horny and to be frank, would probably be a menace to the customers if he wasn’t fixed on the wall. A little bit like our dearly departed Tony… rest his soul! 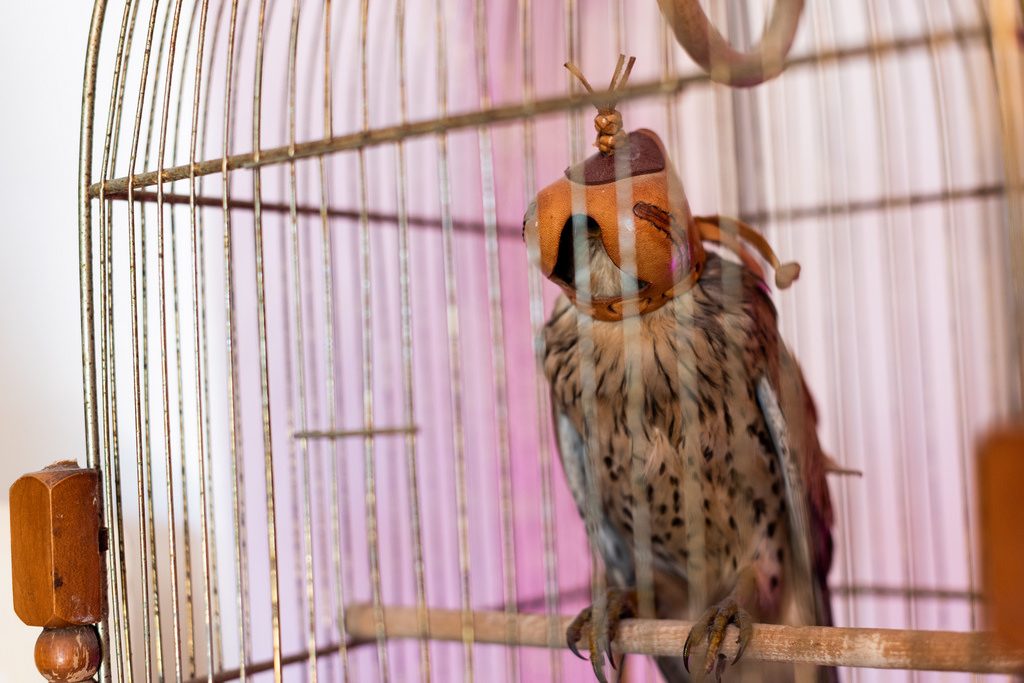 In reception you’ll find this antisocial bird of prey. She’s been invited out of her cage many times, but always finds an excuse to stay in. Generally, it’s because she’s having a bad hair day. Once the party gets going, she often changes her mind and tweets about how she’s missing out on all the action, but then next day – same old story. Poor old bird. Imprisoned by her own hesitation. We all know how that feels. Speaking of birds, here’s an interesting taxidermy fact for you: many of the world’s leading taxidermists at the moment are female – and vegan! Who knew? (well, we did, that’s why we’re sharing it with you) 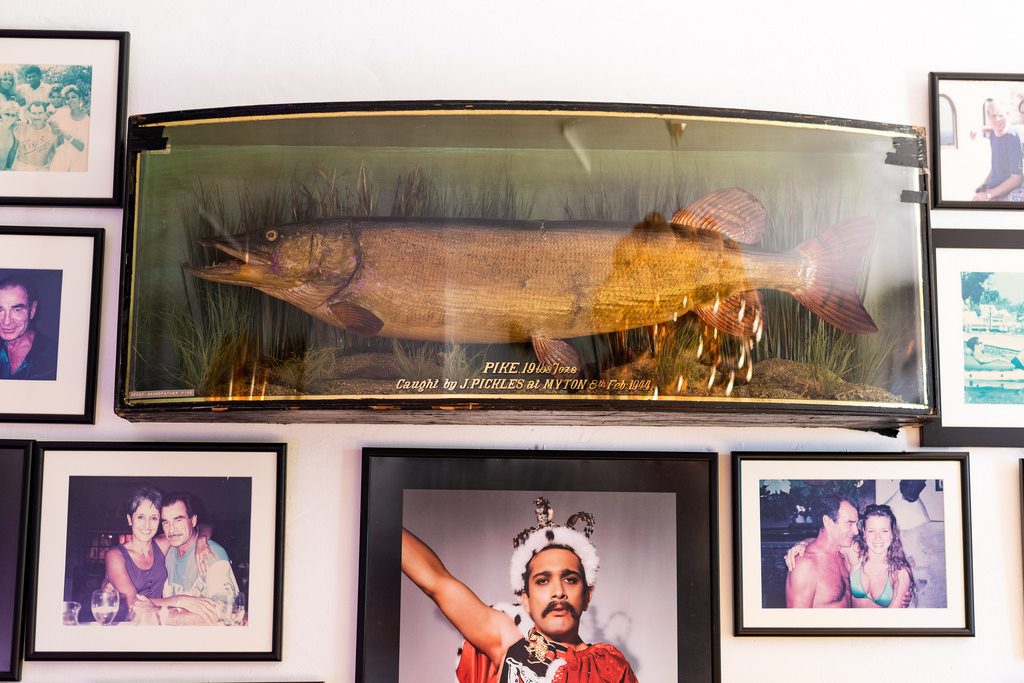 We couldn’t have an homage to Tony Pike without including an actual Pike. This superb specimen takes pride of place on the reception wall, alongside the many photos of the legendary Señor Pike and his famous friends and guests. Tony’s presence is felt everywhere throughout the hotel, but this is a great place to start if you want to see the story of Pikes and get an idea of its history. So many stories to tell, so many stories left untold… it’s a shame that after all these years of partying at Pikes, we all have memories like a fish now. Or maybe it’s just lucky? 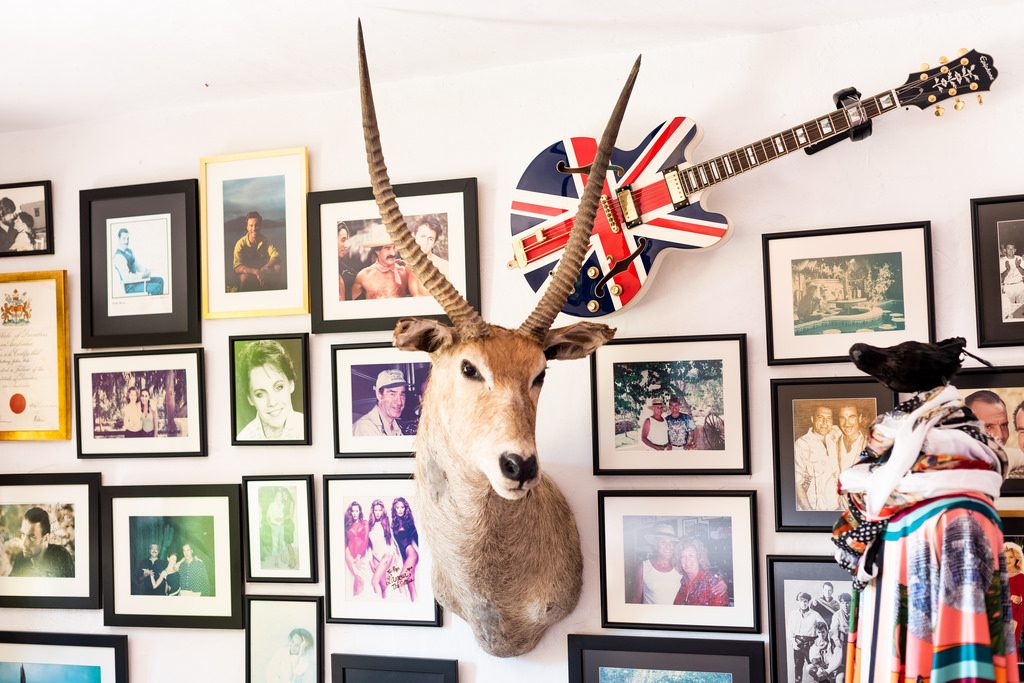 Again in reception (there’s a real crowd in there), this graceful impala lives out his latter years, overseeing the check-in and check-out of all of Pikes guests. Slightly supercilious, occasionally judgemental, he does like to keep a glass eye on all the goings on with an opinion to share on each of you. Lost keys? Slept through check-out? Can’t remember signing for those extra drinks in Freddies last night? If you could only hear him tutting. We keep him in reception because frankly, he’d be a downer if he saw what was going on outside. Buck up yeah? 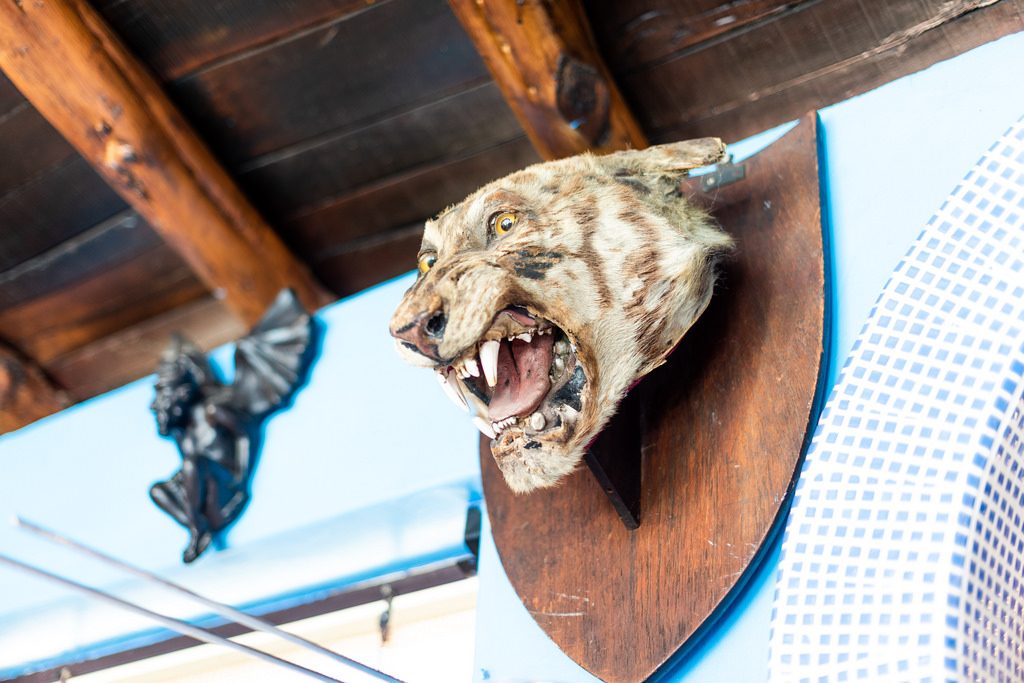 This wild cat is hungry. A bit like that Duran Duran song about the wolf. He was hungry when he came to Pikes fresh off the Savannah and he’s absolutely famished now. We’ve tried offering everything, from Gallego Beef Sirloin to the Tagine of Lamb, but he’s rejected it all (and yet somehow, we doubt he’s a vegetarian). Quite the fussiest of eaters, if he’s able to say no to our mouth-watering Sunday roast, then there really is no hope for him. We suspect what he wants to eat is not exactly on the menu… but if you spot him salivating at the sight of your bare arms, just remember he’s very securely fastened to the wall. 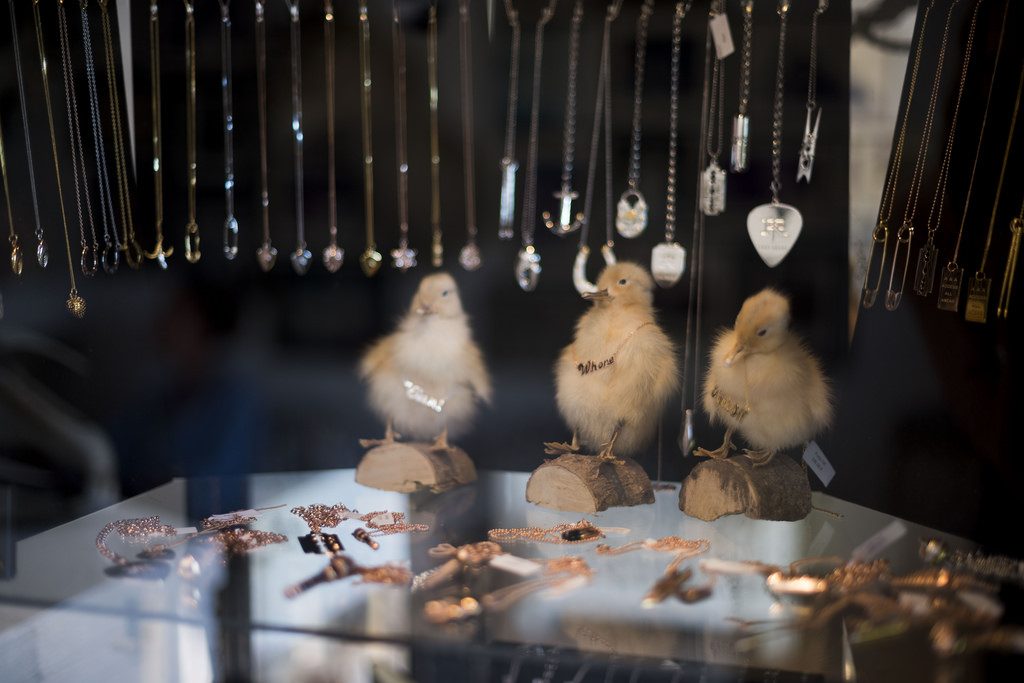 In the words of Bob Marley, don’t worry about a thing. These three little birds pitched up by our doorstep one day, and this is their message to you. In their wildest baby chick dreams, they never imagined that they would become supermodels, but there they are. Living it up in the True Rocks jewellery cabinet, dripping in gold and gems. Just goes to show, you never know what’s around the corner. Every little thing’s gonna be alright – even if their necklaces are telling you to fuck off. 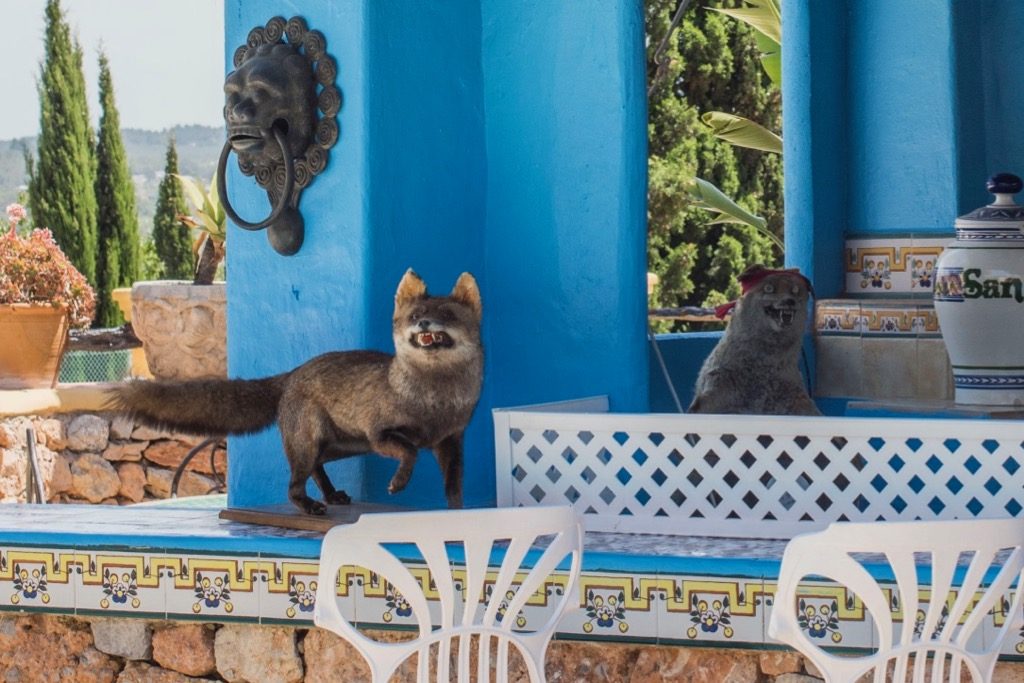 Mr Fox has since left the building. After becoming a global superstar in 2017, when he appeared on the front cover of our first Pikes Magazine wearing a jaunty party hat, we’re afraid to say the stardom went completely to his head. His fees rose considerably and you can’t even begin to imagine his outrageous rider requests. Negotiations with his new management irretrievably broke down after he insisted on being given approval on all Instagram posts from the hotel, and unfortunately his state of health began to suffer due to all his partying. One night he vanished. There are rumours that he’s launching a YouTube career. 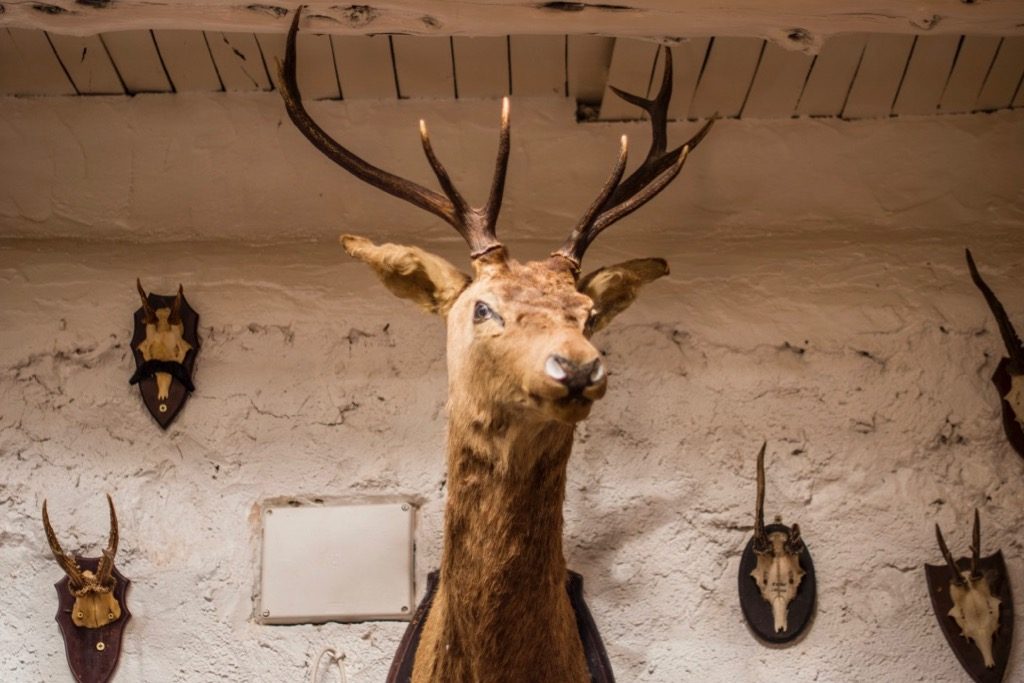