Photographer, artist, traveller and hot air balloon pilot Victor Spinelli has been friends with the Pikes family since we met at the beginning of the century. You can see his photography – some of which features his wild adventures in Ibiza – and his giant casino chip sculptures all around the hotel.

Victor’s career is one long, incredible story, which is why he fits in here so well. We thought we’d have a little chat with him about his life and times. 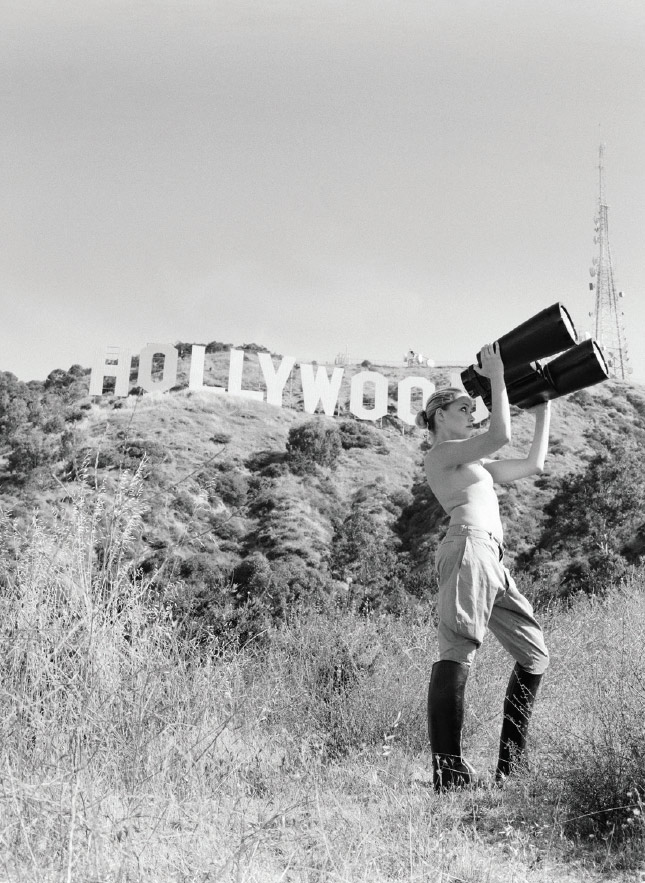 So Victor, let’s get this out of the way first. You must be the only person whose career as an artist really kicked off after they accidentally landed a hot air balloon in a prison. How on earth did that happen?

Well, I was actually an amateur photographer at this time but I became a commercial hot air balloon pilot and was taking sky divers up to about 3,000 meters and letting them jump out of my balloon. From about a mile up I saw this wonderful track and football field so I assumed that this potential landing spot was a high school or some sort of campus. It was only when I was at about 500 feet when I noticed double fencing and barbed wire surrounding the property and within 30 seconds I was inside the prison walls and I almost landed in the court yard where many prisoners were playing basketball and lifting weights. Luckily I started heating the balloon just enough to float up, over the walls and into the parking lot where I was met with about 15 armed guards and the prison warden who asked me what on earth I was doing. It all became a joke and my last remaining memory of this whole incident was the prison warden getting his photograph taken with a cigar in his mouth and my balloon fluttering on ground behind him.

How did that lead to you becoming a traveling photographer and artist?

I just decided to go traveling after that and was living in Mykonos, Greece for a summer and started a little photography business with a friend from Perth in Australia. She taught me how to shoot portraits and one thing led to another. After that summer I went back to America and started working on film sets in New York City. 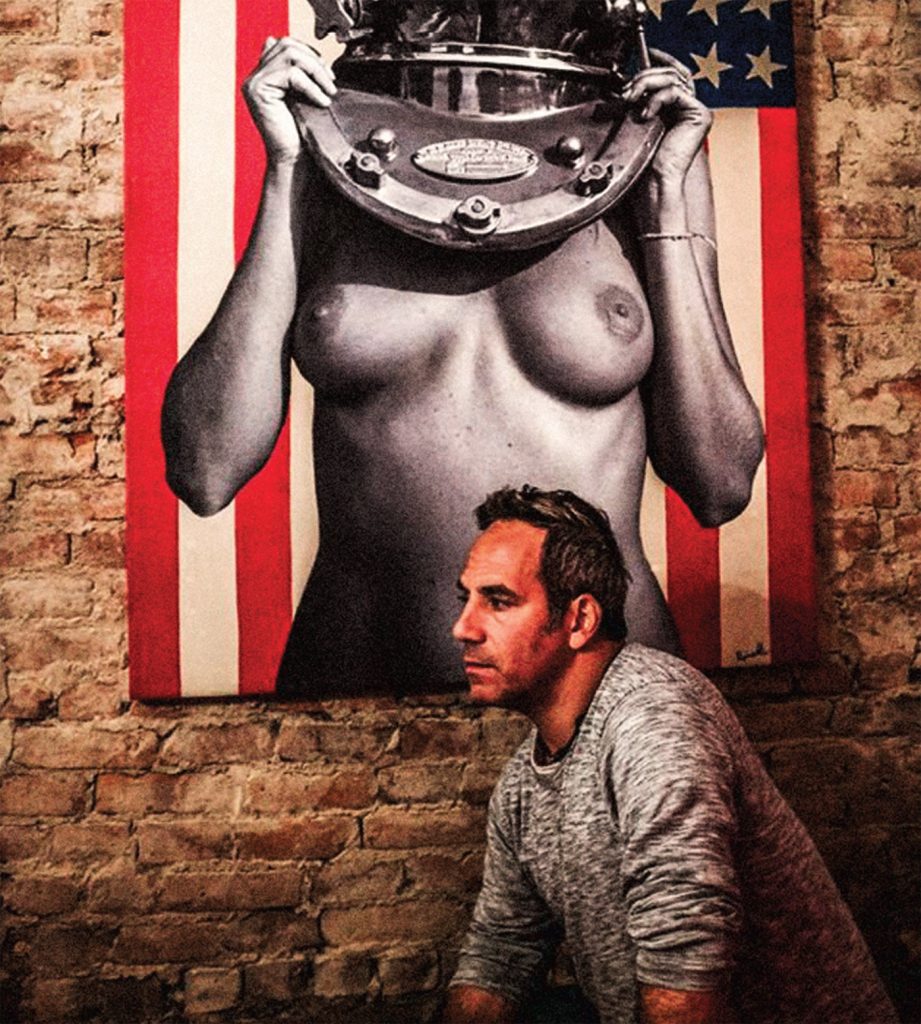 Tell us about your work that we can see at Pikes – it’s a mix of casino chip pieces and the sexy Caméra Vérité photography series, right?

I first visited Ibiza in 2000 and decided to move back in 2001 to start another hot air balloon bungee company on the island. But this didn’t take off (pardon the pun) and I was hired by Manumission to document their magical parties for the next four or five summers. Most of the images of mine you can see at Pikes come from my time documenting that. I tried to make these images timeless and they seem to have this aspect to them. My Casino Chip Series was launched about a year ago and it’s pure pop art but also plays on humanity’s characteristics for risk taking, chance and discovery.

Where did the casino chip idea come from?

I’ve always loved the old, vintage casino chip designs and those are the only ones that I paint. A friend had an old Monaco chip and that kind of sparked it.

They’re not just random casino chips though are they? There’s a story behind each one – people have even commissioned you to make a specific casino’s chips, haven’t they?

Well, most of the casinos that I paint are closed down and yes, you’re right, I have had a few commissions. One collector got in touch as he wanted a Desert Inn Chip from 1967 because he was conceived in that casino/hotel.

Are you a gambler?

Not really, but every once in a while I like to play craps and blackjack. 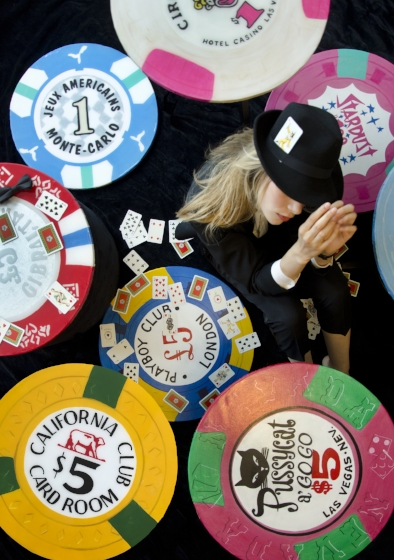 Travelling is a big part of your life –will you ever settle down, Victor or are you always looking to get back on a plane? What’s the most settled you’ve been?

Settle down, what does that really mean? I’m settled in my lifestyle and enjoy my journey. I was recently married at Burning Man in 2012 (yes, a real wedding) but soon after we divorced. I am ready to settle with a beautiful, industrious creative woman, so if anyone would like to apply within, please do!I’ve been in Brooklyn for the past six years and my art has really taken off. This is the longest I have ever been in one place my entire adult life. But am I settled in New York? No way. I am planning to move back to Ibiza this year. I just have to complete a few big art projects that I’m working on.

Was there any one time in particular that first gave you the taste for wanderlust?

I have always been fascinated by other cultures and people. However, I participated in a Boy Scouting World Jamboree in Canada while I was in high school and while I was there I met kids from over 100 countries. I think that that probably influenced me a lot.

You’ve visited over 70 countries – where on the globe do you REALLY want to go and experience that you haven’t been yet?

Well, I would love to do an island hopping trip. I’d love to take a trip to most of the Caribbean Islands and I’d also love to get the opportunity to explore the Pacific Islands. 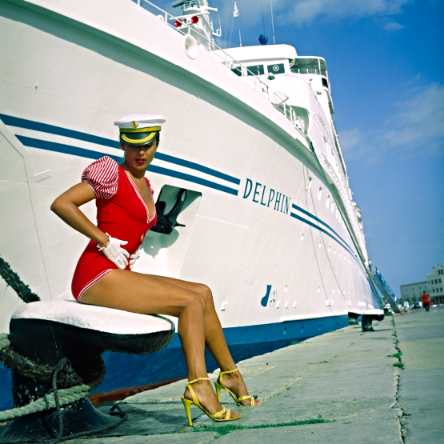 Will you be dropping by Pikes this year at all?

Yeah, hopefully I can get to Pikes this summer. I’m not sure when though! Keep an eye out for me by the pool.

You’ve been coming here since the turn of the century, how has the island changed for you in the past 17 years?

Unfortunately Ibiza, like most of the splendid places on the hippie trail, may have gotten extremely commercial but to me the island’s incredible beauty and international vibe remains outstanding.

How do you separate your life between photography, painting and sculpture – or do you do whatever you feel like doing that day?

Most recently, I have been concentrating on painting and pencil sketching. I’m finding that I rarely shoot anymore due to these other interests but I have lots of photographic ideas.

You’ve also got a BA in Architecture – how has this helped you with your art?

I think it’s a great base for any artistic endeavour and it helps me conceptualise my ideas and, for practical purposes, the final implementation.

Do you feel you’ve defined your style? Or is it something that you’re always looking to change?

I think I have a defined photographic style as well as some of my painting but in the last few years I have been engaging in so many different genres of art that I am very happy with where my artistic vision is leading me. The work on my website is extremely varied, from sexy images to political works, women’s rights, environmental sculptures, etc. And there is more to come…

Find out more about Victor on his website victorspinelli.com